SEOUL, Nov. 29 (Yonhap) -- President Moon Jae-in said Monday that the government will halt a further easing of social distancing rules amid spiking COVID-19 infections, and speed up the administration of booster shots and secure more hospital beds over the next four weeks.

Moon made the remarks while presiding over a COVID-19 response meeting, making it clear that the government will not wind down its first-phase measures aimed at returning to normalcy despite a jump in serious cases and infections, and concerns about the omicron variant.

"Hospital beds are in a tight supply as the number of new patients and critically ill patients is on the rise," Moon said. "However, we can't retreat to the past by reversing the gradual return to normal life."

South Korea has seen a sharp jump in daily coronavirus infections after the government started its first phase of the "living with COVID-19" scheme this month.

Before easing some social distancing rules, daily infections hovered around 2,000 in late October. Last week, daily infections jumped to around 4,000. In a worrisome development, critically ill patients hit an all-time high of 629 on Friday, amid growing concerns about a shortage of hospital beds. 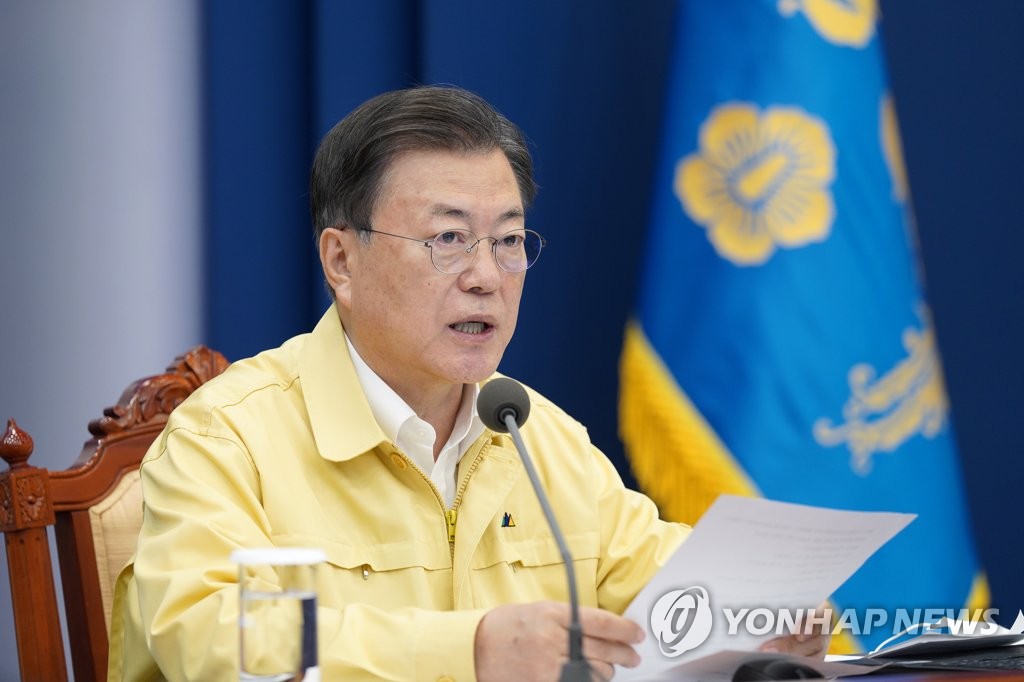 South Korea had originally planned to further relax the virus curbs in mid-December after four weeks of the first-phase easing of distancing rules. But the government decided against a further loosening of the rules as health authorities grapple with a rise in serious cases.

Instead, the government will implement "special containment" measures over the next four weeks, Moon said. The measures included a swift administration of booster shots and more efforts to secure enough beds for intensive care COVID-19 patients.

"A third shot is not an additional shot but a basic shot. People need to change the way they understand vaccination, that an inoculation will be complete if they receive a third shot," he said.

Moon also called for health authorities to increase vaccination rates for teens aged 12-17 and to swiftly introduce an oral antiviral treatment for COVID-19 by the end of this year. South Korea has planned to introduce pills for COVID-19 treatment in February next year.

From Sunday, South Korea restricted visa issuance and arrivals from eight African nations, including South Africa, to block the inflow of the new COVID-19 strain called omicron, joining a host of nations to impose travel bans from and to the African region.

The World Health Organization (WHO) has designated the omicron variant, first identified by scientists days ago in South Africa, a "variant of concern."

Although it will take time to assess the level of severity of the new strain, the WHO suggested the omicron variant posed an "increased risk of reinfection."