SEOUL, Nov. 30 (Yonhap) -- South Korea's government has been ordered by a local court to pay compensation to a North Korean couple detained by its spy agency for far longer than legally allowed, judicial officials said Tuesday.

The Seoul Central District Court ruled that the state has to pay about 26 million won (US$22,000) to the defectors, who were confined at a National Intelligence Service (NIS) protection facility for nearly six months after their arrival here in 2013, the officials said. 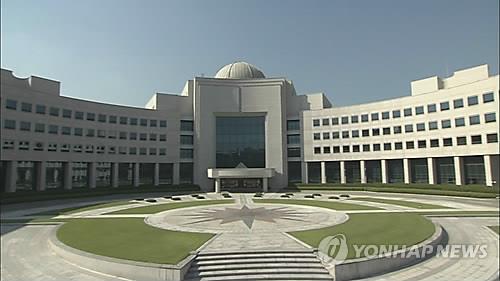 The couple, surnamed Ji and Bae, respectively, defected from North Korea and arrived in Seoul via China in 2013. Ji and Bae were detained at the NIS facility for 176 days and 165 days, respectively, prior to the spy agency's decision on whether to put them under protection.

Under the current law, the maximum period of interrogation and temporary protection for North Korean defectors is set at 90 days and can be extended by 30 days only in unavoidable circumstances.

The couple were released after the NIS made a non-protection decision. They then divorced, and Ji died later, leaving behind two children.

In their damage suit filed against the state, the couple alleged they were virtually locked down at the NIS facility, and were forced to confess and run dozens of laps around its playground.

They also claimed their personal rights were violated during the NIS investigation and demanded a total compensation of 210 million won, also in consideration of their mental damage.

But the court accepted only part of the couple's allegations, saying the NIS interrogation was not an investigation, but an administrative inquiry intended to determine whether to put them under protection. It also rejected the couple's allegations of personal rights violation and harsh treatment by the spy agency, citing lack of evidence.

The court said in its verdict that the state has to pay compensation of 11 million won to Bae and about 7 million won each to Ji's two children.

"The NIS is deemed to have violated the couple's basic rights by questioning them for longer than the legally permitted maximum period of 120 days. It was an illegal and harmful act," the court said.

If the ruling is finalized, the total amount of damages that Bae and Ji's children will receive is about 26 million won.