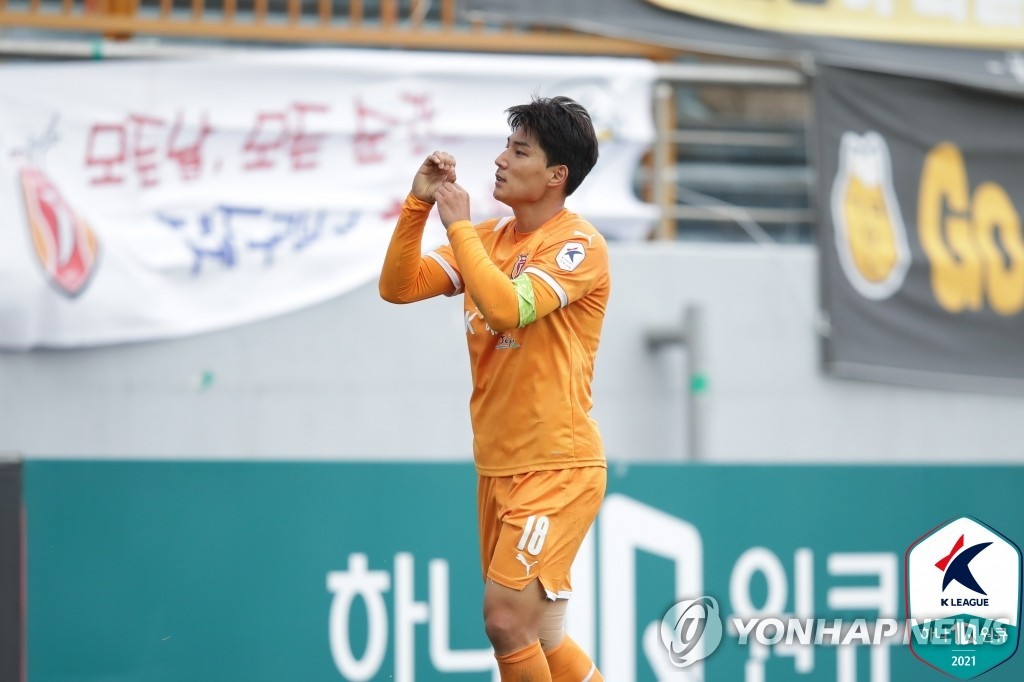 Starting Tuesday, head coaches and captains across the league, plus members of the media, will vote on these candidates. The winner will be announced at a ceremony in Seoul on Dec. 7.

The K League 1 season will wrap up Sunday.

Joo is leading the league with 22 goals, four ahead of Lars Veldwijk of Suwon FC with one match remaining. Barring a goal barrage by Veldwijk on Sunday, Joo will become the first South Korean scoring champion in the K League 1 since 2016.

Behind Joo's offensive prowess, Jeju United have secured at least fourth place in their first season since earning promotion from the K League 2. Jeju sit one point behind Daegu FC for third place heading into the final weekend of the season. The third-place club from the K League 1 will compete in the Asian Football Confederation (AFC) Champions League, the continent's top club competition, next year. 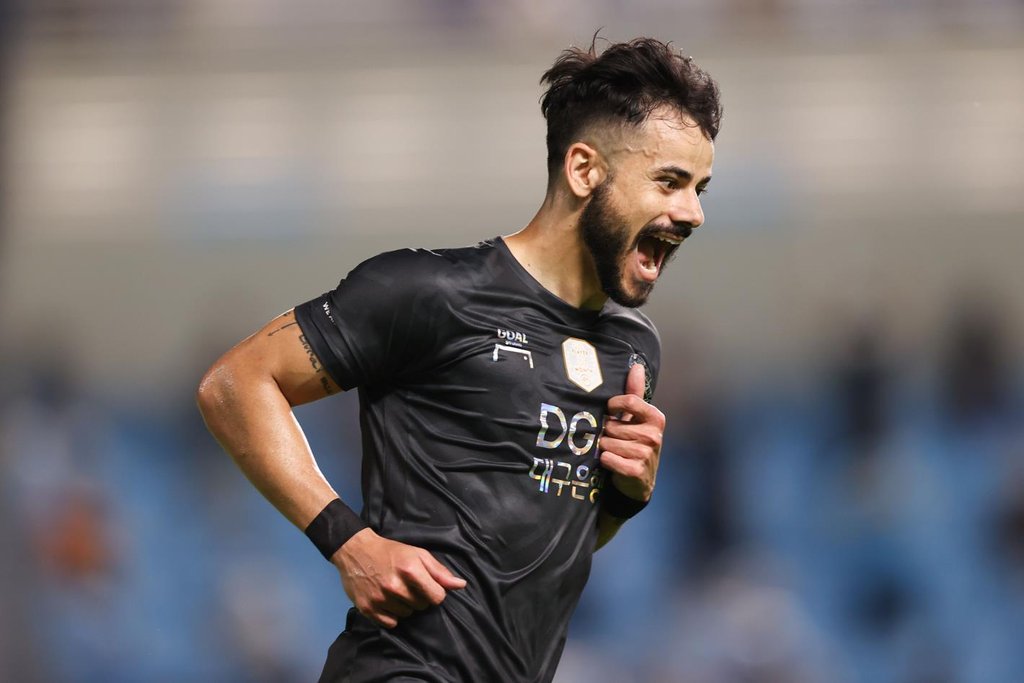 Cesinha has been the engine of Daegu FC's offense all season, and they will finish in the top five in the league for a third consecutive season. He has nine goals and seven assists for a team-high 16 attacking points.

Lee, the 2019 K League 2 MVP for Busan IPark, has thrived in his first season with Ulsan, with a team-leading 11 goals and 15 attacking points.

Hong has been a rock on Jeonbuk's defense, which has been the stingiest in the league with only 37 goals conceded in 37 matches. Hong will try to become the second straight Jeonbuk player to win MVP, following midfielder Son Jun-ho.

Jeonbuk and Ulsan have been neck and neck at the top of the tables all season, and their two head coaches, Kim Sang-sik for Jeonbuk and Hong Myung-bo for Ulsan, are up for the Coach of the Year award. Kim Do-kyun of Suwon FC and Lee Byung-geun of Daegu FC are the two other nominees. 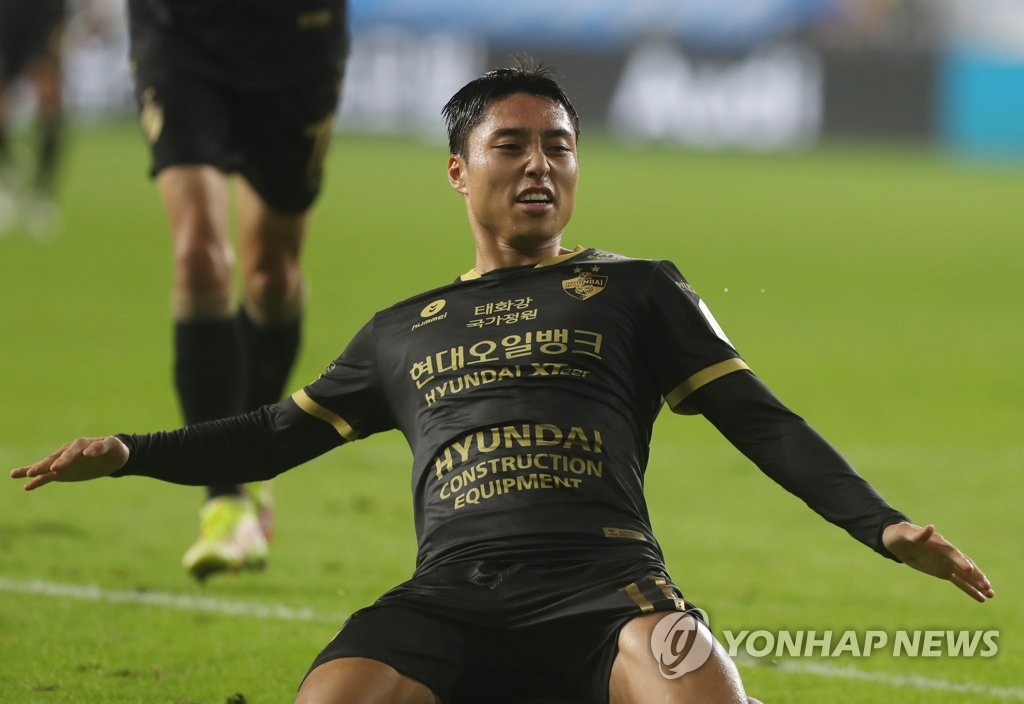 Goh Young-jun of Pohang Steelers, Seol Young-woo of Ulsan, Um Won-sang of Gwangju FC and Jung Sang-bin of Suwon Samsung Bluewings are the four nominees for the Young Player of the Year award. It is presented to the best player under the age of 23 with less than three years of experience. Candidates must also have appeared in at least 50 percent of the team's matches.

Um, 22, has been nominated for the second straight year. Goh and Seol are both playing in their second seasons.

Jung, a 19-year-old forward with six goals in 27 matches, is trying to become the first freshman to win this award in four years. 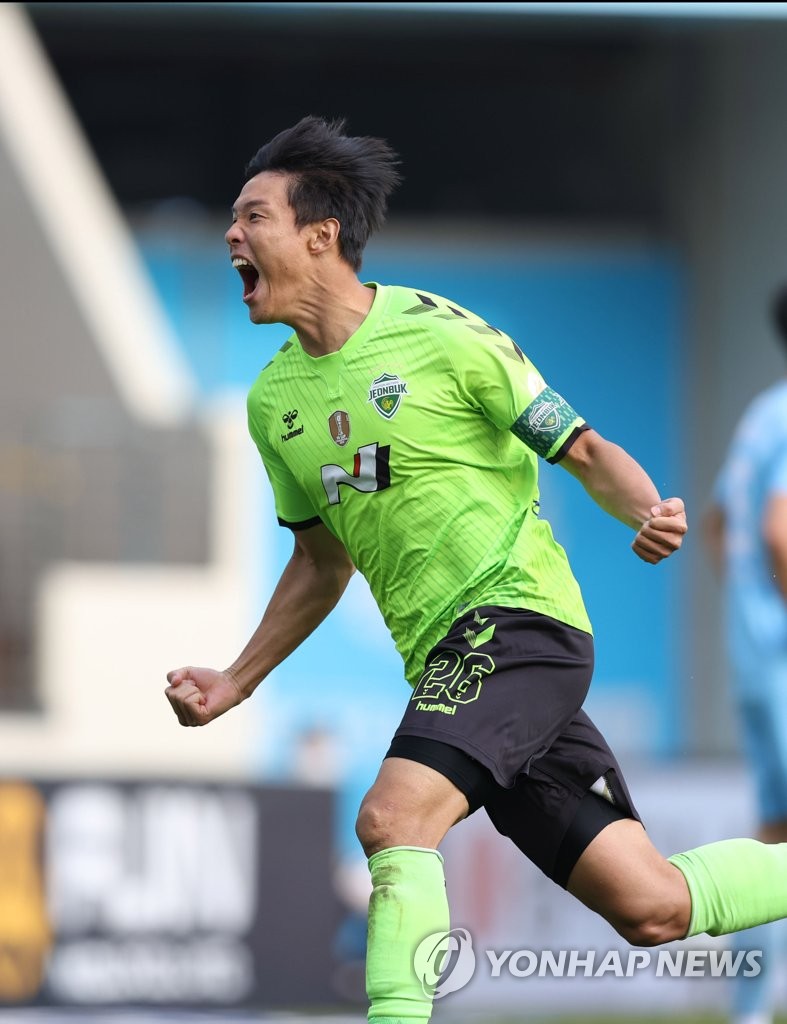