SEOUL, Dec. 1 (Yonhap) -- Two recent friendly matches against New Zealand couldn't have been better tests for the South Korean women's national football team, as the Taeguk Ladies were able to identify key areas of improvement in their buildup to a major continental tournament next month.

Namely, South Korea must be more consistent on both ends and be more composed and precise around the net.

South Korea and New Zealand split the two matches in Goyang, just northwest of Seoul in Gyeonggi Province, over the past four days. On Saturday, South Korea overcame an early deficit for a 2-1 victory. But on Tuesday, New Zealand shook off a shaky first half and scored late goals for a 2-0 win. 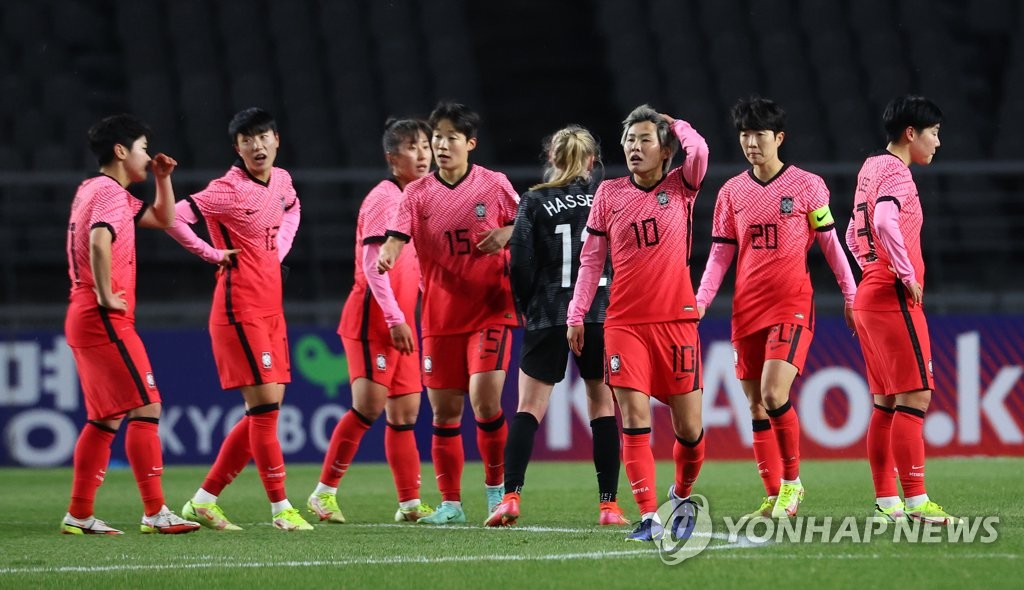 South Korea scheduled these friendlies to prepare for the Asian Football Confederation (AFC) Women's Asian Cup, which kicks off on Jan. 20 in India. South Korea have never won the tournament, which began in 1975, and players have talked about wanting to bring home the title this time.

To do so, however, South Korean players must remember football is played over 90 minutes, not 45.

In sports, coaches often speak of making sure their players start games on time. It essentially means they want to see consistent effort from the opening moments, rather than have players take their sweet time and ease into games. 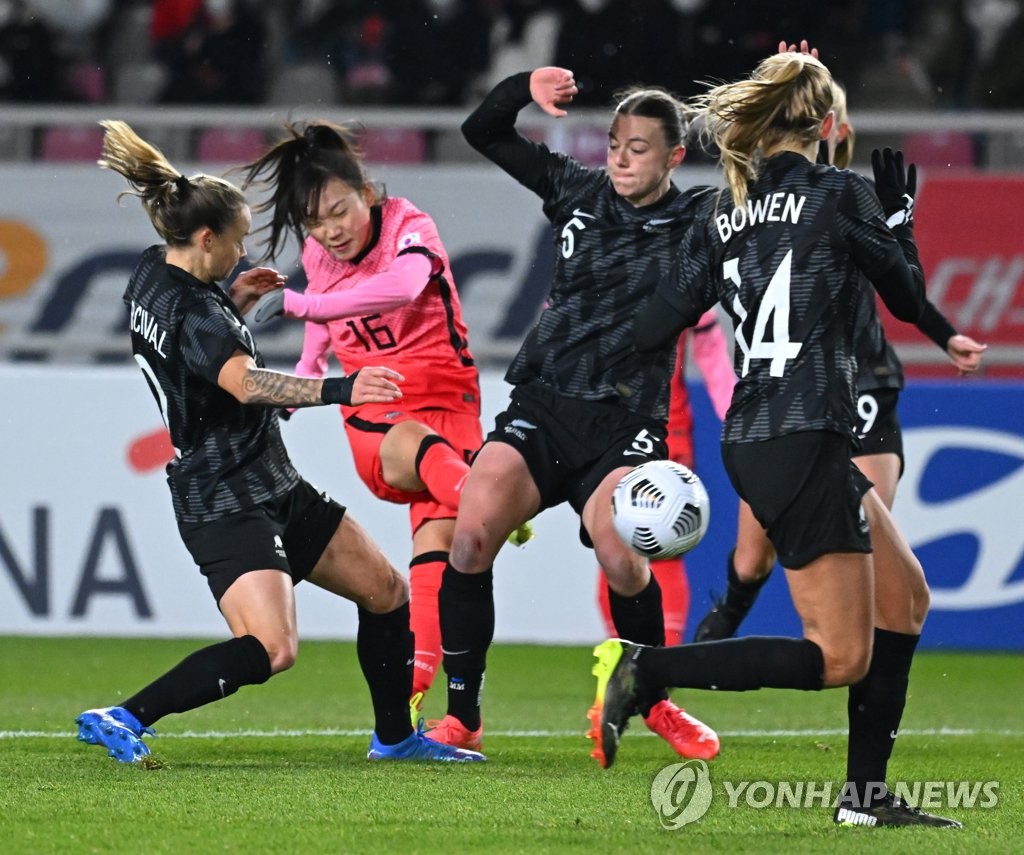 "They were more physical than we'd expected them to be, and we weren't able to have our ways on the field in the first half," Lim said. "For the second half, we wanted to be more aggressive and try to get our timing down to apply more pressure."

Aggression and pace resulted in a far more satisfying second half for Bell, who said: "We played some really good football, which was really pleasing. We outplayed them."

And his players picked up where they'd left off in a dominant first half in Tuesday's game. It wasn't for any lack of chances for South Korea that the match was scoreless at halftime. In a two-minute span around the half-hour mark, South Korea hit the crossbar and took a couple of other cracks at the Kiwi net, only to come up empty-handed.

But as New Zealand tightened their gap in midfield and upped their offensive pressure in the second half, South Korea reverted to their lost selves of Saturday's opening 45 minutes. Scoring chances suddenly dried up, save for winger Choo Hyo-joo striking the left post in the 68th minute. 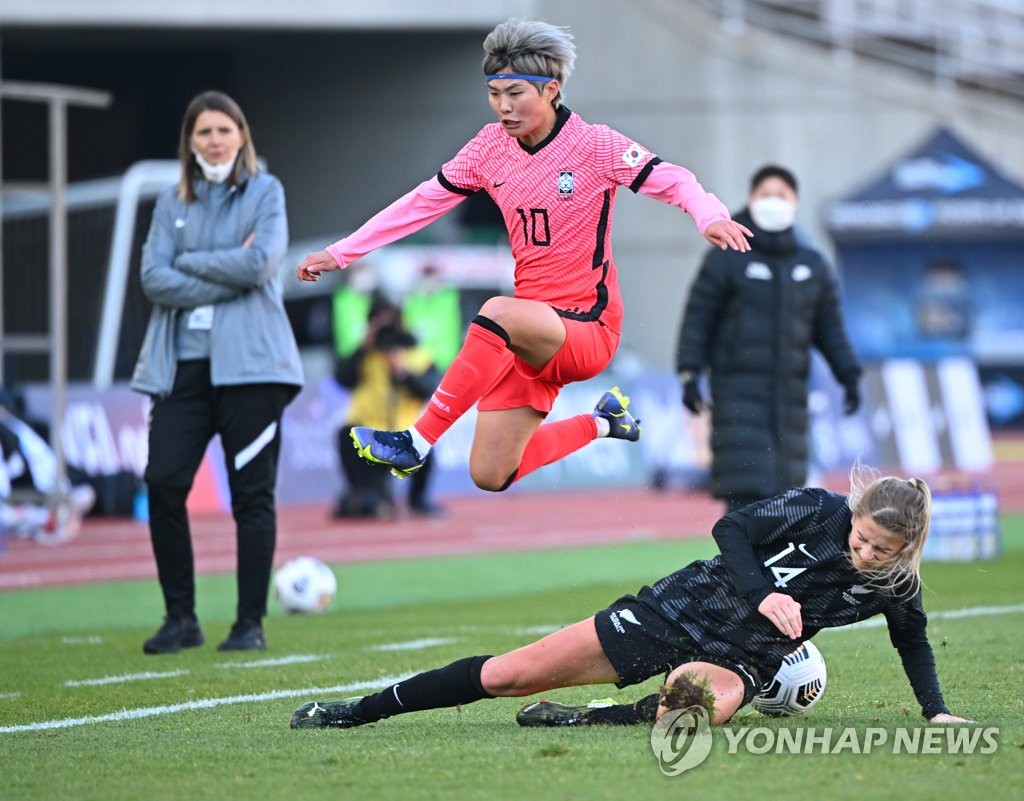 Then came ghastly defensive breakdowns inside the final 10 minutes of the match. First, forward Paige Satchell got behind the defense for a well-struck volley in the 83rd. And two minutes later, Gabi Rennie exploited space in the box to double New Zealand's lead.

In the postmatch press conference, Bell came as close to a meltdown as he ever had during his two-year tenure in South Korea.

"I cannot believe we lost this game. We basically threw the game away. We just gave it to the opponents after playing so well in the first half," he said, his voice rising seemingly with each syllable. "We played the football we wanted to play in the first half. In the second half, I don't know what we were playing. Especially the two goals... I don't know what we were thinking or where we were. Our positioning was unbelievable. We should have been up 4-0 at halftime." 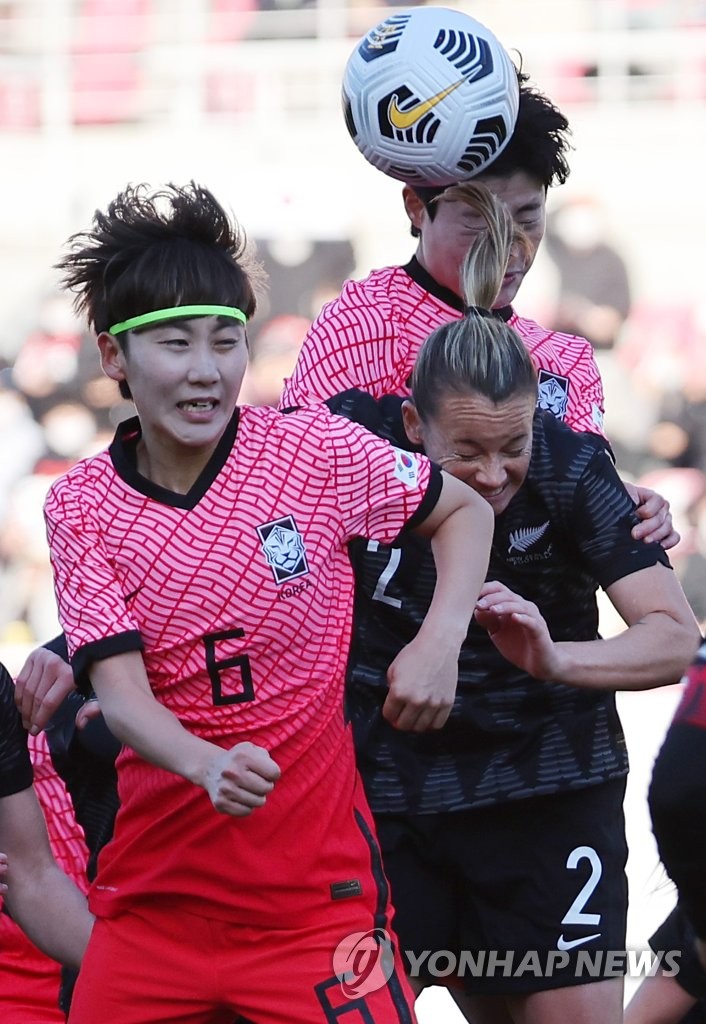 In the group stage of the Asian Cup, South Korea will face two-time defending champions Japan. They're the second-highest ranked team in the tournament at No. 13, five spots ahead of South Korea, and South Korea have only managed four wins in 31 meetings against them. The most recent victory came in August 2015.

South Korea will be heavy underdogs. But when he was in a better mood Saturday, Bell touched upon his players' potential, saying, "It's just the question of the girls believing in themselves right from the first second of the match until the last second."

The players apparently didn't get the last part of that message Tuesday.

Responding to a question on what his players must work on prior to the Asian Cup, Bell said Tuesday: "Quite easy. Score, take the chances we have and don't concede."

"And stick to the game plan for 90 minutes, and don't just give the game away like we did in the second half (Tuesday)," he added. 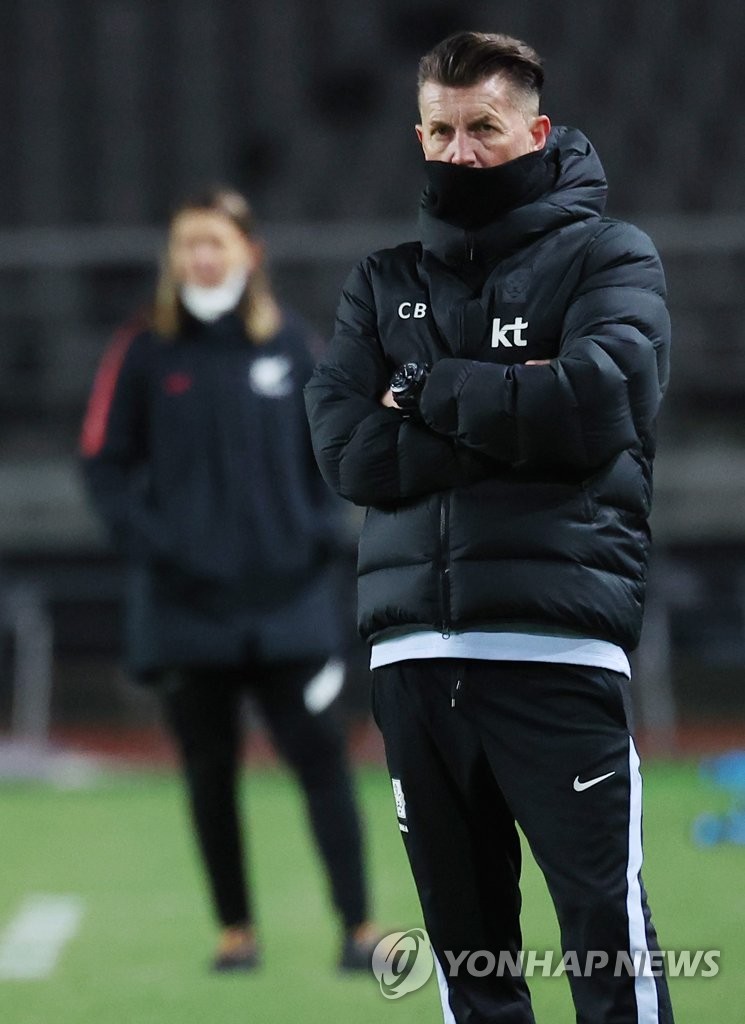