SEOUL, Dec. 1 (Yonhap) -- South Korea has decided to host a major U.N. peacekeeping conference via video link next week in place of an initially planned face-to-face session, due to concerns over the spread of the omicron coronavirus variant, the foreign ministry said Wednesday.

The 2021 Seoul U.N. Peacekeeping Ministerial will be held in the form of a "full-fledged online conference" on the planned dates of Dec. 7-8 after consultations with the U.N. office and other participating nations, the ministry said.

"The government reviewed the international conference as soon as the outbreak of the omicron variant occurred, considering the global spread of omicron virus cases and its impact on health and safety of our people," it said in a release.

"The U.N. office expressed its support for our government's decision (over the conference) considering the current virus situation, while communicating with related nations," the official said. 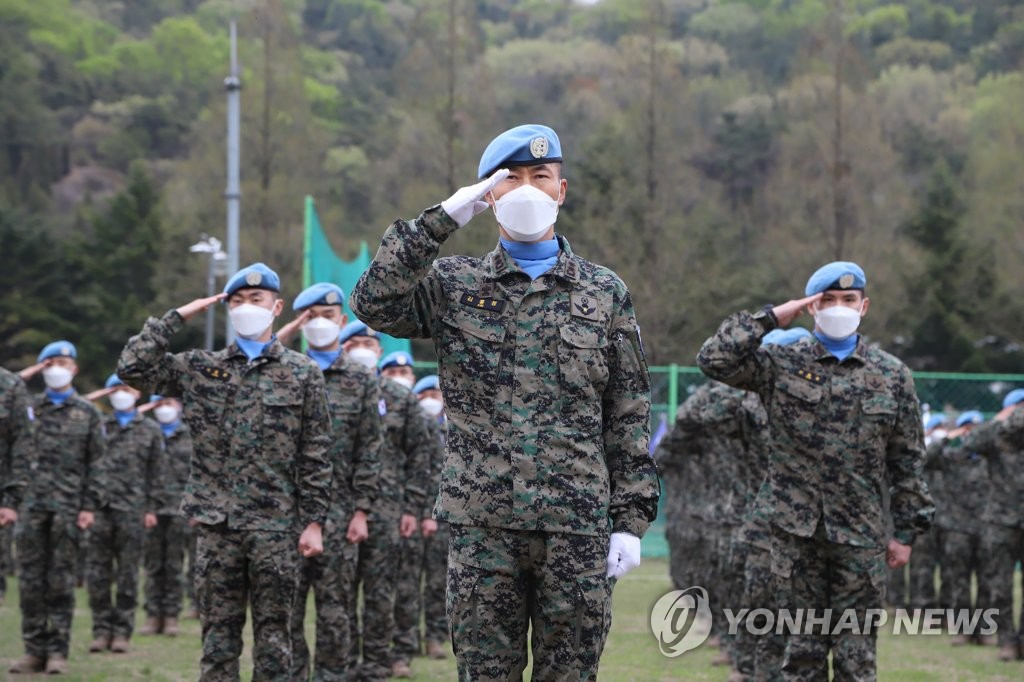 It was supposed to bring together around 400 attendees from more than 100 nations, including foreign and defense ministers, at a hotel here, promising to be the first and largest ministerial meeting on U.N. peacekeeping taking place in Asia. It is designed to evaluate the ongoing missions and make pledges to improve their performances.

Under the new format, however, they will be able to join the session via videoconferencing to be livestreamed on YouTube and U.N. Web TV. The final list of participants has yet to be confirmed, the ministry said.

It added that the government has also decided to postpone two other diplomatic events -- a forum involving foreign ministers from 10 African nations and an annual gathering of the heads of South Korea's diplomatic missions abroad -- till early next year. The two were slated to be held later this month.

Meanwhile, South Korea is expected to use the upcoming PKO conference to announce a decision to provide more than a dozen choppers to support African missions and propose a smart camp model based on digital technologies.

"The U.N. is most in need of mobility. We plan to send the reconnaissance choppers for African missions," the official said, without elaborating.

It is also to put forward some measures to improve medical service, including the dispatch of medical workers to South Korea's PKO mission in South Sudan and supporting training staff for a medical training center in Ethiopia.

Other commitments include training programs for engineering units in the Southeast Asian nations and beefing up police personnel in South Sudan to fight cybercrimes, the official said.

South Korea joined the U.N. in 1991 and deployed its first peacekeeping unit to Somalia in 1993. At present, a total of 569 troops are working as part of peacekeeping missions in five nations, including South Sudan and Lebanon.