SEOUL, Dec. 1 (Yonhap) -- South Korea confirmed its first cases of omicron variant infection on Wednesday, adding to concerns the new virus strain could exacerbate the pandemic as the country grapples with a spike in the caseload and number of critically ill patients.

A married couple living in Incheon, west of Seoul, and their friend -- all in their 40s -- have tested positive for the omicron variant in genetic sequencing tests, the Korea Disease Control and Prevention Agency (KDCA) said.

Two other people have also tested positive, the KDCA later added, putting the total confirmed at five. At least one more suspected case was being tested for the variant.

Health officials also conducted the test on the couple's teenage son, and the result will be announced later this week, the KDCA said.

The couple, who are fully vaccinated, visited Nigeria on Nov. 14-23 and tested positive for COVID-19 last Thursday. Their friend and the son tested positive Tuesday this week. The couple and friend show no significant symptoms other than respiratory and muscle pains, according to health officials.

The first confirmed cases of the omicron variant, known to be much more contagious, stoke fresh worries that the spread of the virus could possibly spiral out of control, as the country has lately seen daily caseloads and critically ill patients surge to record highs. Concerns have grown that hospitals may run out of beds.

The government launched an interagency task force to discuss measures to tackle the new variant and prevent it from further spreading in the country, possibly including a toughening of entry from overseas and quarantine requirements. It is expected to announce the revised measures soon.

The emergence of the omicron variant has put a damper on South Korea's full-fledged efforts to return to normalcy with a gradual easing of virus restrictions under the "living with COVID-19" scheme that began last month.

On Monday, the government decided to put the scheme on hold, saying the pandemic risk level, a new five-tier assessment system it introduced last week to evaluate the degree of COVID-19 risk, has reached the highest level in the country's capital area.

The government said it will speed up the administration of booster shots and secure more hospital beds over the next four weeks.

To prevent the inflow of the new virus variant, South Korea on Sunday began to restrict visa issuance and arrivals from eight African nations, including South Africa, joining a host of nations in imposing travel bans from and to the African region.

But critics call for the authorities to consider going back to reinstating curfews and to tighten entry restrictions from overseas, even for vaccinated travelers, and daily social distancing rules, saying the current measures would do little to contain the spread of the virus.

On Wednesday, South Korea reported 5,123 new COVID-19 cases, surpassing the 5,000 mark for the first time. The number of critically ill patients hit a fresh high of 723. 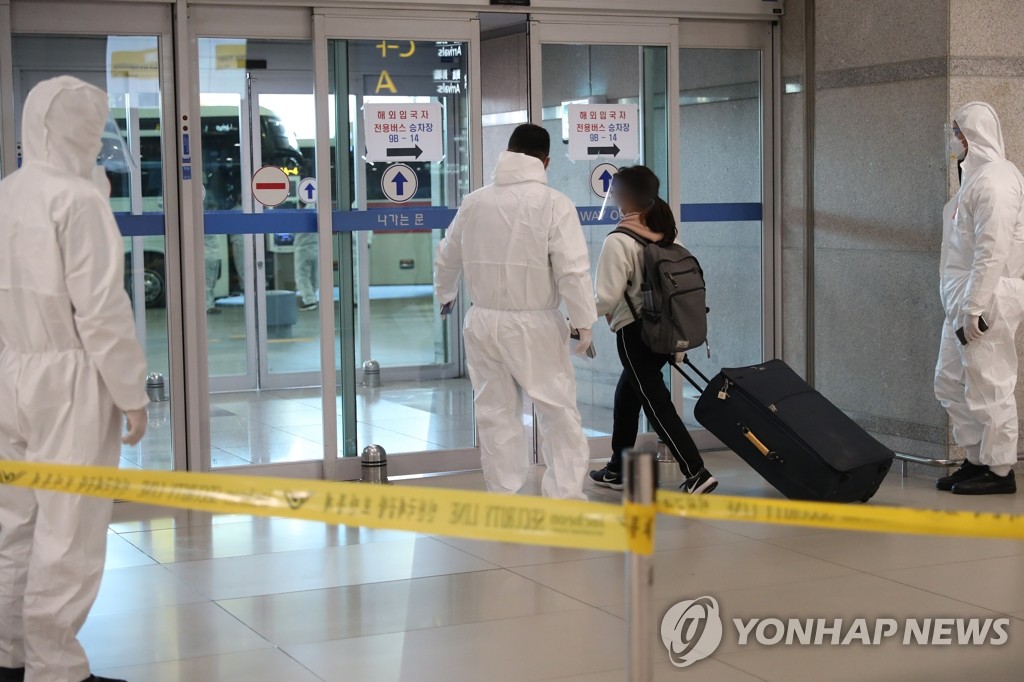