SEOUL, Dec. 2 (Yonhap) -- South Korea's consumer prices rose at the fastest pace in nearly 10 years in November due to surging energy costs and high prices of farm products, data showed Thursday, lending support to the view that the central bank may further raise the policy rate.

The consumer prices increased 3.7 percent in November from a year earlier, accelerating from a 3.2 percent on-year gain in October, according to the data compiled by Statistics Korea.

Consumer inflation rose 0.4 percent in November from a month ago.

It marked the fastest on-year gain since December 2011, when consumer prices spiked 4.2 percent.

The pickup in inflation was mainly attributable to rising oil prices and high prices of agricultural products. Demand-pull inflationary pressure has also built up amid the economic recovery. 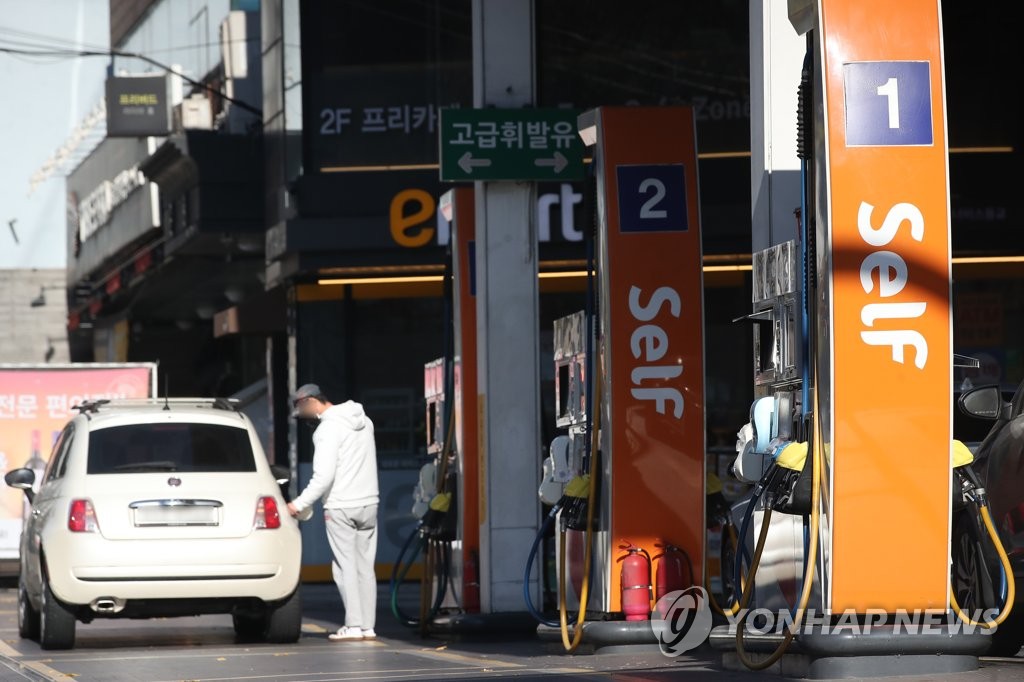 Prices of Dubai crude, South Korea's benchmark, averaged $80.30 per barrel in November, up 36.9 percent from a year earlier. South Korea depends on imports for its energy needs.

The impact of a fuel tax cut on inflation was limited as it usually takes time to affect energy prices.

South Korea cut fuel taxes by a record 20 percent on Nov. 12 in a bid to curb inflationary pressure. The measure will be effective until April 30 next year.

Prices of agricultural, livestock and fishery products shot up 7.6 percent on-year, accelerating from a 0.6 percent gain in October.

Prices of daily necessities -- 141 items closely related to people's daily lives, such as food, clothing and housing -- climbed 5.2 percent on-year in November. It marked the fastest on-year rise since August 2011.

The statistics agency and the finance minister gave mixed outlooks for the December inflation.

The statistics office said consumer prices are expected to extend their substantial growth in December.

"In light of the trend of crude, grain and commodity prices, there is a low chance for the growth of petroleum and industrial goods prices to slow down. Prices of personal services will continue to rise amid improving consumer sentiment," Eo Woon-sun, a senior Statistics Korea official, told reporters.

But Finance Minister Hong Nam-ki said inflation growth is likely to slow in December, as oil prices showed some signs of stabilization. The impact of fuel tax cuts will be also felt starting this month, he added.

The finance ministry earlier said the fuel tax cut is expected to help drive down the inflation rate by a maximum of 0.33 percentage point.

Experts said the spread of the new omicron COVID-19 variant may help ease price pressure for December, as it could reduce global oil demand and sap private spending.

A build-up in inflationary pressure is likely to prod the Bank of Korea (BOK) to further raise its key interest rate.

The BOK hiked the policy rate by a quarter percentage point to 1 percent last month to tame inflation and curb household debt. The central bank hiked the base rate in August from a record low of 0.5 percent.

The BOK raised its 2021 inflation outlook to 2.3 percent from its earlier estimate of 2.1 percent, citing growing demand-pull price pressure and rising oil prices. The BOK's inflation outlook for next year stands at 2 percent.

The Organization for Economic Cooperation and Development (OECD) on Wednesday revised up its forecast for Korea's consumer inflation to 2.4 percent for this year.

Asia's fourth-largest economy is on a recovery track on the back of robust exports. The BOK and the OECD forecast the South Korea economy to grow 4 percent this year.