Hyundai and Kia sold a total of 89,663 vehicles in the world's most important automobile market in November from 103,068 units a year ago, according to the companies' sales data.

"Lingering availability issues persisted into November, but we are optimistic that we will close the year strong," Randy Parker, senior vice president in charge of national sales at Hyundai Motor America, said in a statement. 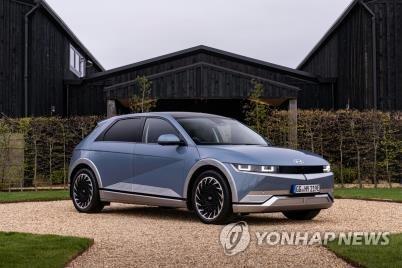 From January to November, their sales rose 23 percent to 1.34 million units from 1.09 million in the same period of last year, the data showed.

"With the all-new Kia EV6 arriving soon, and the Sportage, including hybrid and plug-in hybrid models, arriving throughout the first half of 2022, we are confident that the interest in Kia will not wane anytime soon," Eric Watson, vice president in charge of Kia America's sales operations, said in a statement.

To reflect the supply-side issues, Hyundai recently revised down its sales target to 4 million vehicles for the year from 4.16 million units. Last year, it sold 3.74 million autos.

Kia expected it won't achieve this year's sales target of 2.92 million units due to the parts problems. It sold 2.6 million units last year.

Hyundai and Kia together form the world's fifth-biggest carmaker by sales.