SEOUL, Dec. 2 (Yonhap) -- South Korean group BTS was the third most-streamed global artist on Spotify, one of the world's biggest players of music streaming, this year, data from the service showed Thursday.

According to the Spotify Wrapped 2021 data, BTS ranked third after Puerto Rican vocalist Bad Bunny and Taylor Swift as the most-streamed artist globally, thanks to its hit single "Butter." The K-pop group was followed by Drake and Justin Bieber.

BTS topped the list among Korean artists, followed by BLACKPINK, TWICE, Stray Kids and Tomorrow X Together. IU was the only individual artist in the top 10 list of the most-streamed Korean artists. 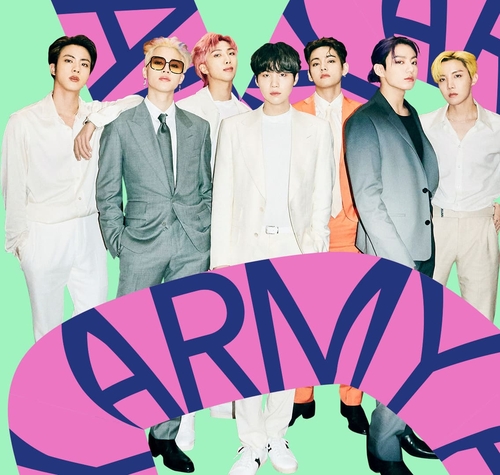 Six of the 10 most-played K-pop songs were from BTS with "Butter," "Dynamite," "Permission to Dance" and "Life Goes On" in the top four places. 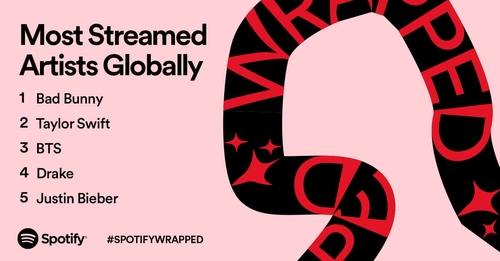 Spotify also unveiled who were the top 10 most-streamed Korean girl groups and boy groups this year.

Leading the list of female groups was BLACKPINK. It was followed by TWICE, ITZY, Red Velvet and (G)I-DLE.

BTS, Stray Kids, Tomorrow X Together, Seventeen and EXO were the top five boy groups in that order.

The most-streamed single by an individual singer was "R" by Rose, a member of BLACKPINK. Two other members of the quartet -- Lisa and Jennie -- came in second and fourth for "Lalisa" and "Solo," respectively. Psy's iconic 2012 global hit "Gangnam Style" demonstrated its presence in K-pop by securing ninth place.

Songs by the top 10 K-pop artists were streamed a total of 13.7 billion times, compared with 10.6 billion in 2020, a mark of how the popularity of Korean artists continues to grow.

"We were able to confirm once again that Korean artists and their music are loved worldwide," a Spotify official said. "We'll continue to support Korean artists so more of them can be connected with fans around the world." 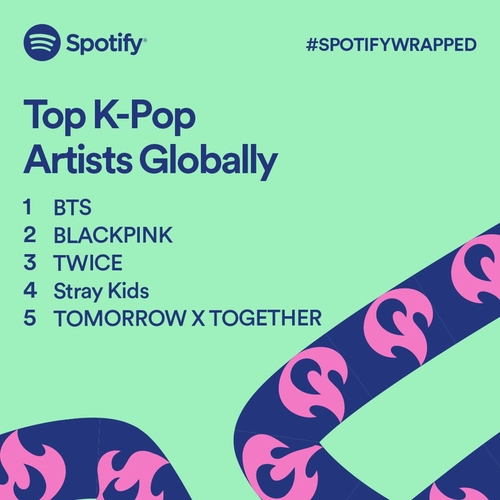