As of May, 78.8 percent of 274 listed affiliates of the country's 62 major conglomerates, or 216 firms, had introduced at least one out of cumulative, written or e-voting systems, the Fair Trade Commission said in a report on large business groups' governance structure.

In particular, 75.2 percent of the listed companies have adopted an e-voting system due to a rise in non-contact shareholders' meetings and the increased percentage of individual shareholders.

Yet Hyosung Corp. and 57 other firms have yet to adopt one of those three voting systems.

E-voting has become a crucial means for corporations to secure a quorum at shareholder meetings after "shadow voting" was abolished in late 2017. In shadow voting, the Korea Securities Depository acted on behalf of minor shareholders who transferred their voting rights to the agency.

The commission also said family members of business group chiefs were registered as board members at 56.3 percent of 213 companies subject to regulations on fraud, and at 20.9 percent of 359 firms in regulatory blind spots.

A business group chief was registered as a board member at an average of three affiliates, with heads of Lotte and four other groups being board members at five or more units.

Meanwhile, 176 business group chiefs or their family members were executives of their affiliates but did not register themselves, a move widely seen as an attempt to avoid managerial responsibilities. 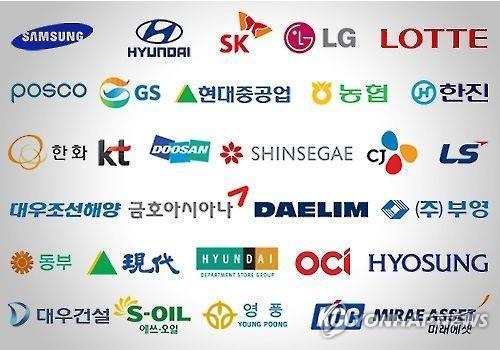