SEOUL, Dec. 2 (Yonhap) -- Yoon Seok-youl, the presidential nominee of the main opposition People Power Party, asked for Britain's cooperation in resolving the North Korean nuclear issue as he met with the British ambassadors to South and North Korea on Thursday.

"We need a lot of cooperation in sharing intelligence assets and resolving the North Korea nuclear issue," the nominee said, noting that Britain is a key member of AUKUS, a trilateral security pact, and Five Eyes, an intelligence alliance.

Smith said 2021 marked a special and important year in South Korea-Britain relations as the two countries worked together in many areas, including for the Group of Seven summit and COP26 U.N. climate change conference in Britain.

He expressed hope the relationship will deepen.

Crooks, who has been serving in Pyongyang since 2018, has been appointed to succeed Smith in Seoul next year.

He has been working from London since Britain temporarily shut its embassy in Pyongyang over COVID-19 concerns in May last year.

Crooks is known for regularly posting photos of everyday life in North Korea on his Twitter account. 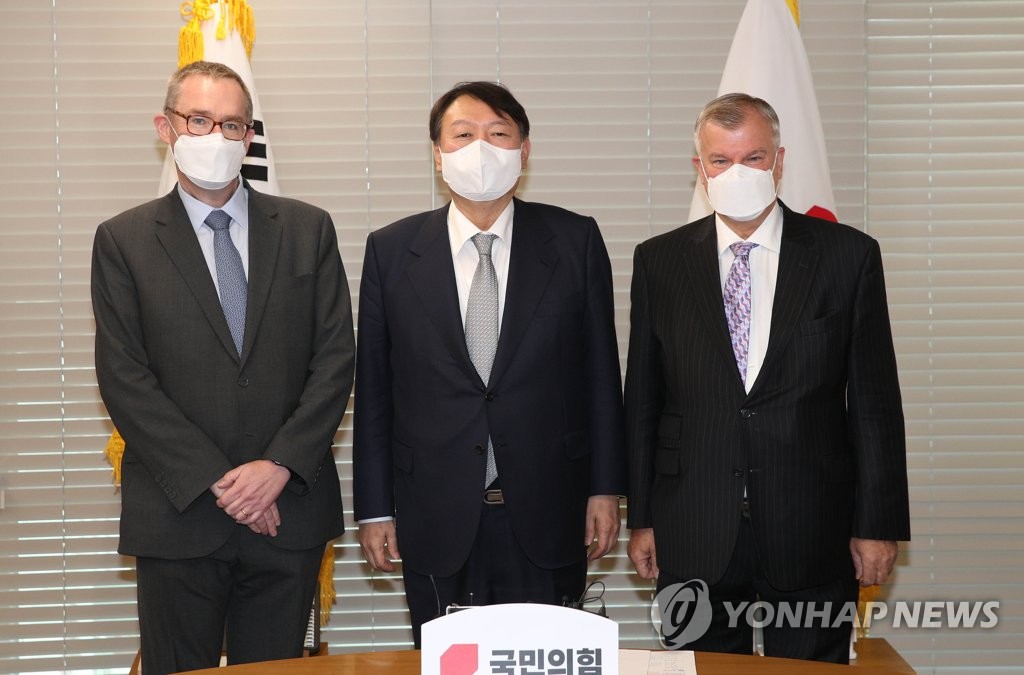