SEOUL, Dec. 2 (Yonhap) -- The upcoming return of a Korean film to Chinese cinemas for the first time in six years is seen as a positive sign that the two countries could move forward discussions on expanding cultural exchanges, Seoul officials said Thursday.

The film "Oh! My Gran" starring actress Na Moon-hee is set to hit theaters in mainland China on Friday, becoming the first Korean movie to be released in the country since "Assassination" in 2015.

"We evaluate (the movie's release) as positive progress," a foreign ministry official said. "We have delivered our opinions concerning cultural content to the Chinese side on various occasions, and hope the consultations could bring about more positive actions."

China's reopening to the Korean movie has raised cautious hope that Beijing may lift its ban on Korean content it imposed in protest of Seoul's decision to deploy a U.S. missile defense system in 2016.

Seoul has been closely communicating with Beijing to promote exchanges in the cultural sector to create an amicable environment for marking the 30th anniversary of establishing bilateral diplomatic relations next year, the official said.

The issue of bilateral cultural exchanges has been raised during three rounds of talks between the two nations' top diplomats this year, and a virtual senior-level economic meeting earlier this week. 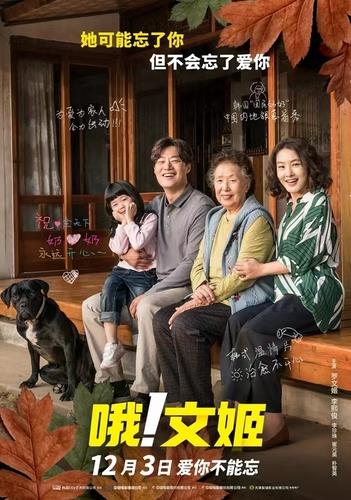