The push for an end-of-war declaration is aimed at bringing North Korea back to dialogue and handing over the mood for dialogue with the North to South Korea's next government, Moon said, according to presidential spokesperson Park Kyung-mee.

Moon asked the U.S. to "pay continued attention to and support" South Korea's push for an end-of-war declaration, saying that close coordination between Seoul and Washington is the most important factor to bring peace on the Korean Peninsula, Park said in a statement.

The U.S. defense chief also noted that Washington is committed to engaging in diplomatic efforts with North Korea, Park said.

The Korean War, in which South Korea and a U.S.-led United Nations Command fought against invading North Korean forces backed by China, ended in an armistice, not a peace treaty. 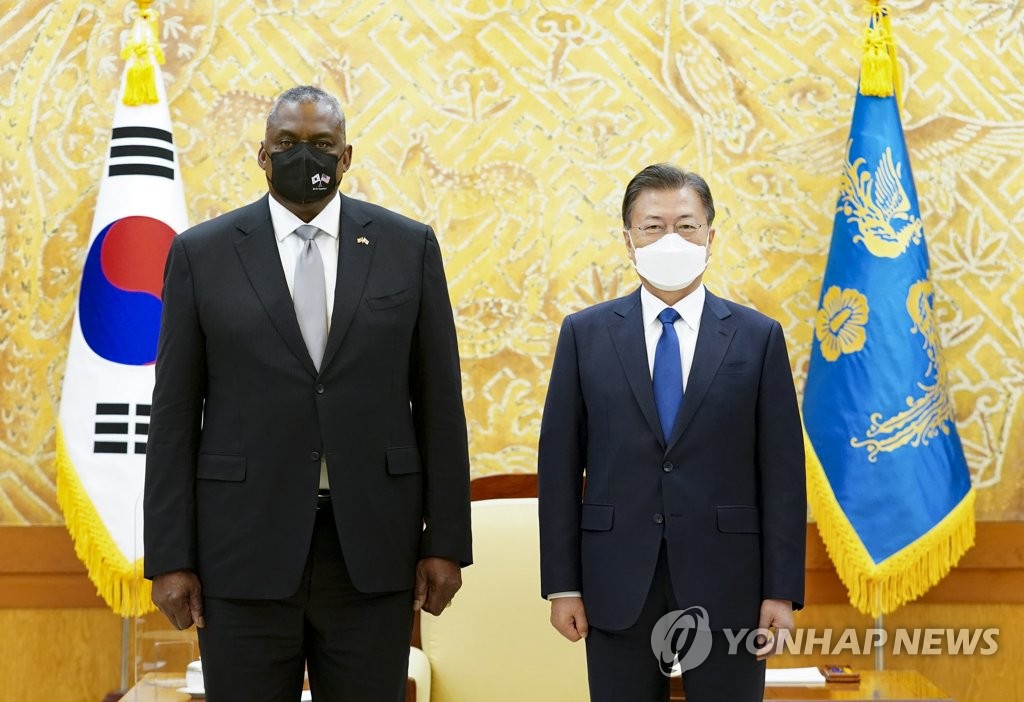 Austin was on a three-day visit to South Korea for annual security talks with Defense Minister Suh Wook.

Earlier in the day, Suh and Austin discussed a range of issues in the face of North Korea's threats, with Austin saying the North's missile and weapons programs are "increasingly destabilizing for regional security."

At the same time, Austin highlighted the allies' commitment to a "diplomatic approach" to North Korea.

During the security talks, Suh and Austin agreed on a new guidance that marks a manifestation of the allies' resolve to harness their combined military capabilities to respond to various wartime scenarios.