The White House earlier said President Joe Biden will host a summit for democracy, involving leaders from about 110 countries, including South Korea and Japan.

Key U.S. competitors including China and Russia, however, have strongly denounced the proposed meeting as causing global division. 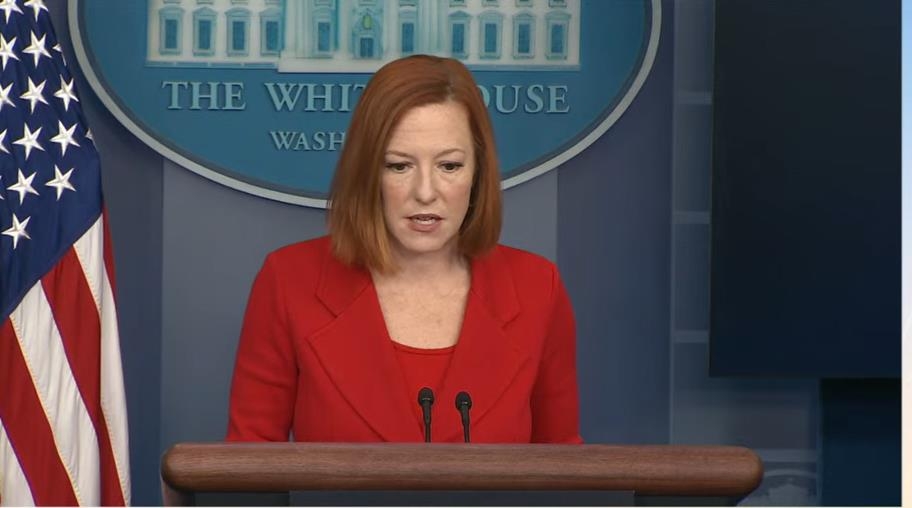 "That's nothing we're going to apologize for, no matter what the criticism is from any country around the world," she added.

The summit for democracy will be held virtually next Thursday and Friday, according to the White House.

"And it doesn't mean that we are giving the opposite of a stamp of approval or a negative stamp to people who are not invited," she added. "This is just meant to include and invite a diverse set of voices countries who can speak to our global effort to protect democracy."