"See you in Seoul, March 2022," Big Hit Music announced in a brief posting to the group's official Twitter account, without giving details.

Big Hit officials said the company will push for a concert with a live audience as it will be the group's first chance to meet its home fans in person in two years. 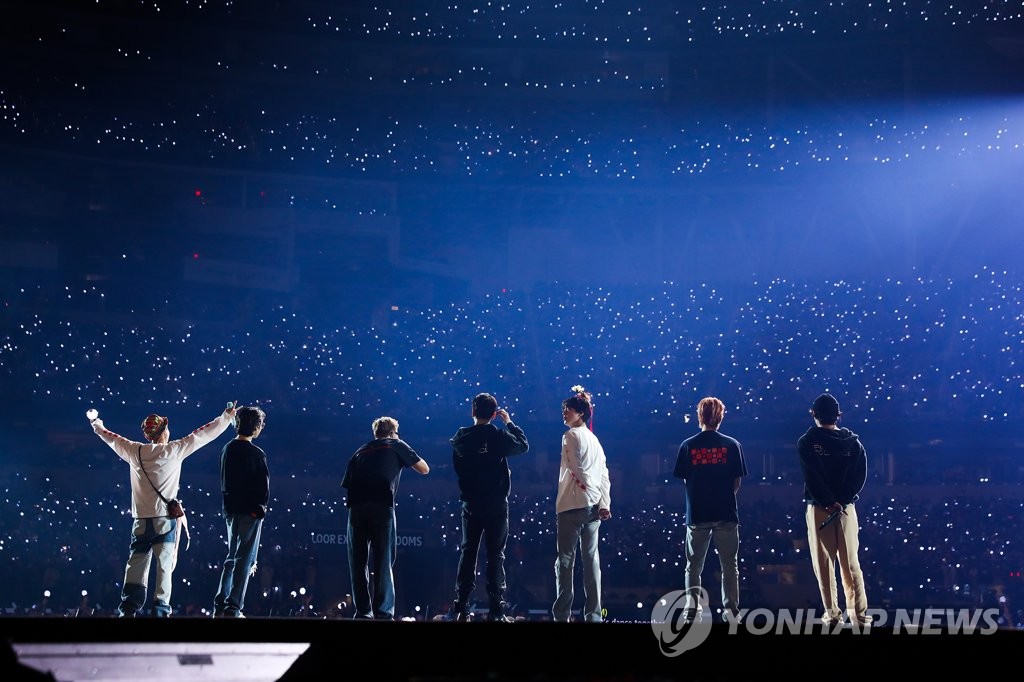 On Monday, member Jin said during a press conference held before the second of the four concerts at SoFi Stadium in L.A. that the septet plans to resume live concerts in Seoul.

The concert series titled "BTS Permission To Dance On Stage- LA" has attracted a combined audience of 214,000 till Friday, according to the agency.

It added the number rises to 813,000 when fans who have watched the show together through livestreaming at the nearby YouTube Theater and home are included. 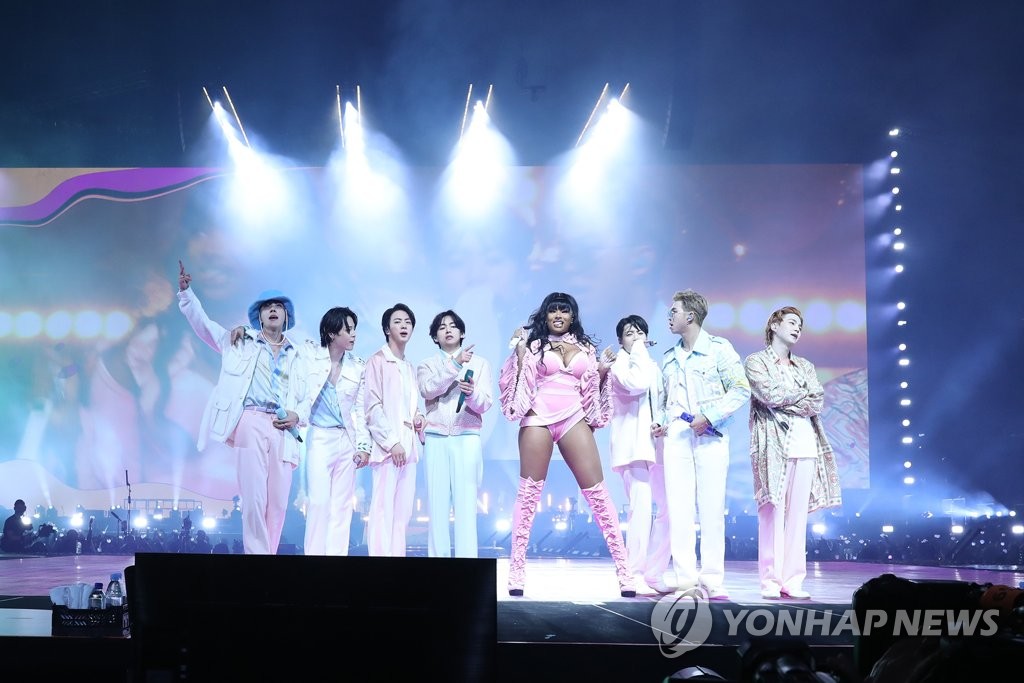 The concerts have drawn worldwide media attention for being the group's first in-person concerts in two years since October 2019, when it performed in Seoul. The K-pop band was later scheduled to launch a world tour in April 2020 but was forced to cancel it due to the coronavirus pandemic.

Industry insiders predicted the pandemic will be a variable affecting the group's plan to hold an in-person concert in Seoul in March as the government is considering stricter distancing measures amid growing concerns over the new omicron variant. 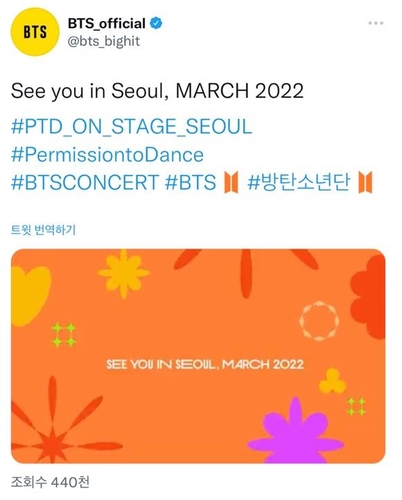