The blockbuster attracted 196,000 people on Tuesday, bringing its combined total to 3.18 million on the seventh day following its release, according to the data by the Korea Film Council.

Its pace outmatched that of the biggest pandemic-era hit, "Deliver Us From Evil," which needed 11 days to achieve the feat last year. There are only five titles in Korea that have surpassed the 3 million threshold since the COVID-19 outbreak.

"Spider-Man" also became the most-watched foreign flick in South Korea in 2021, beating the previous No. 1 "Eternals" with 3 million in total attendance.

Since its release on Dec. 15, Marvel Studios' latest Spider-Man series has been breaking pandemic-era records in South Korea, including the best opening-day score of 640,000. 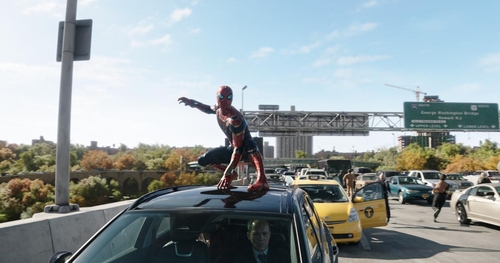