The Premier League club announced Tuesday on its website that Hwang, who suffered a hamstring injury during a match against Brighton & Hove Albion on Dec. 15, is "expected to return to play in February." 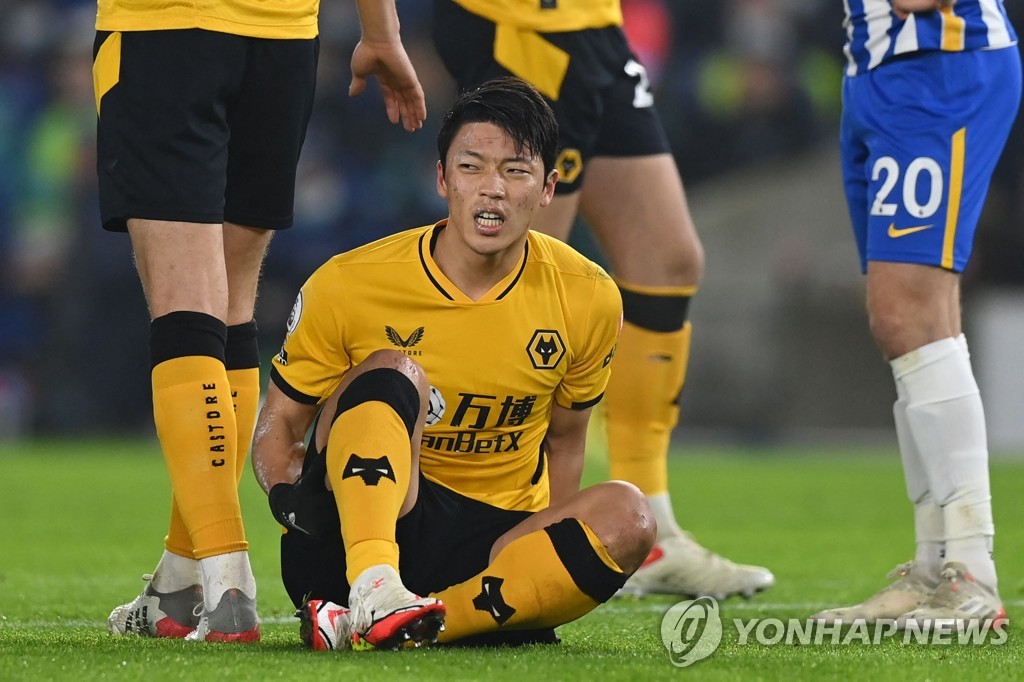 Playing in the Premier League for the first time on loan, Hwang has netted four goals in 14 matches for Wolves this season. He found the back of the net in his England debut on Sept. 11 but he hasn't scored since Oct. 23 against Leeds United.

Hwang's injury is also a blow to the national team, with South Korea poised to book a ticket to Qatar for the 2022 FIFA World Cup.

In the ongoing final Asian qualifying round, South Korea are ranked second in Group A with 14 points, two behind Iran with four matches to go. South Korea will resume their qualification campaign on Jan. 27 against Lebanon and will play Syria four days later. Both will be away matches.

The top two teams from each of the two groups in the current phase will earn automatic berths at the World Cup, while third-place countries will fall to playoffs. South Korea can grab their ticket with a win over Lebanon next month.

Hwang scored South Korea's lone goal in a 1-0 win over the United Arab Emirates in a World Cup qualifier on Nov. 11. He has seven goals in 43 international contests. 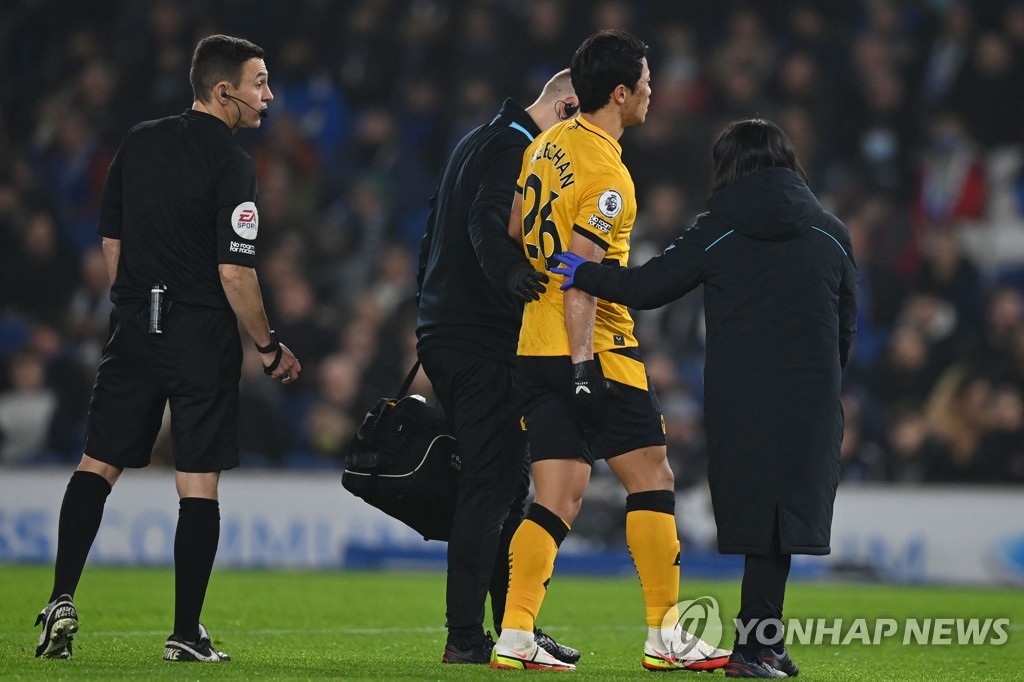