SEOUL, Jan. 4 (Yonhap) -- The number of foreign tourists who visited South Korea last year is expected to have fallen below the 1 million mark due to the prolonged COVID-19 pandemic.

The data from the state-run Korea Tourism Organization (KTO) showed 877,000 foreigners visited the country from January to November, down 64.3 percent from a year earlier.

Considering that only 94,000 foreigners visited the country in November, it is certain the yearly tally of foreign tourist arrivals fell below 1 million for the first time since 1984 when data began to be compiled in 1984. The previous low was 129,700 recorded that year.

The slump was attributed to strict travel restrictions imposed by countries around the world as the pandemic continued for nearly two years.

The numbers for Taiwan, Thailand and Vietnam also decreased by 97.7 percent, 90.1 percent and 76.1 percent, respectively.

Industry sources voiced concern that the number of foreign tourists is unlikely to rebound to pre-pandemic levels for the time being as many countries reimposed travel restrictions due to rocketing omicron cases. 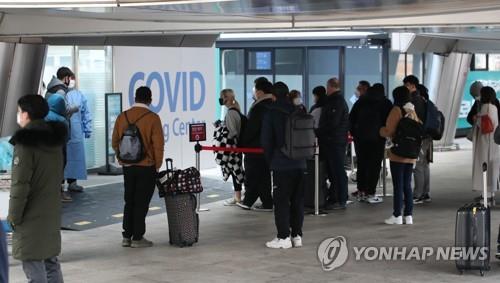