The latest Marvel Studios superhero film garnered a combined 5.56 million people for 17 days since its official release on Dec. 15, according to the data from the Korean Film Council (KOFIC).

It became the No. 1 hit movie of the year, far outnumbering the homegrown disaster film "Escape from Mogadishu," which posted a total of 3.61 million attendees, and the superhero blockbuster "Eternals" with 3.05 million.

It is the first time in 10 years that a foreign film has topped the local annual chart since 2011 when the American sci-fi action film "Transformers: Dark of the Moon" became the year's most-watched flick with 7.78 million moviegoers. The Korean historical action film "War of the Arrows" closely came in second with 7.47 million people. 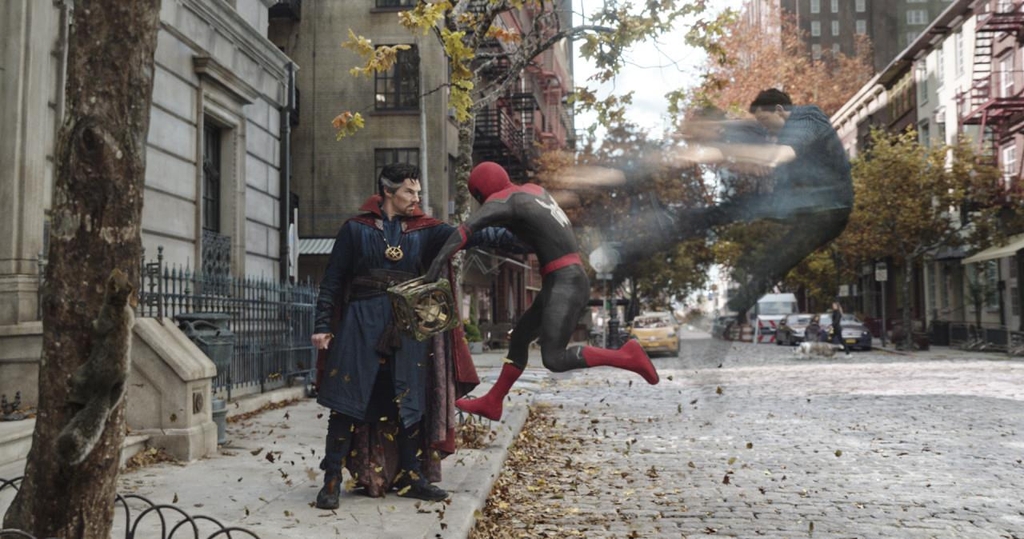 The rare chart reversion in 2021 came as the market share of South Korean films dropped to an all-time low last year amid the protracted COVID-19 pandemic.

It is the lowest portion by Korean films since KOFIC started to compile box office data in 2004, beating the previous record of 42.1 percent set in 2008.