Last month, the 31-year-old rapper, whose legal name is Lee Joon-kyung, was ordered by the Seoul Southern District Court to give 41.2 million won (US$34,740) and interest on his unpaid jewelry bill to the LA jeweler.

The jeweler sued Dok2 in September 2020, claiming the rapper had not paid that amount of money when he purchased seven pieces of jewelry worth US$206,000 in 2018.

The jeweler previously filed a complaint against Illionaire Records, a local record label co-founded by Dok2, in October 2019 but lost the suit, as the court did not hold the hip-hop label responsible for the rapper's debt.

Dok2 stepped down as the CEO of the now-closed Illionaire Records in November 2019 and left the label in February 2020. 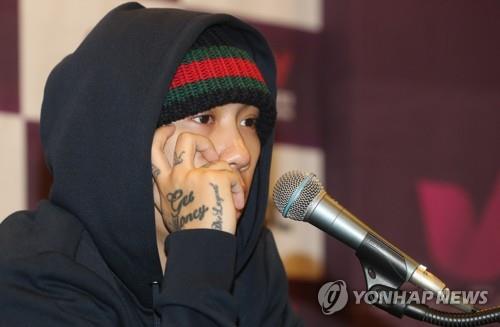