SEOUL, Jan. 5 (Yonhap) -- This week's court decision halting vaccine pass enforcement at cram schools and private education facilities has further fueled the debate over how far the government can or should exert its executive authority in safeguarding public health at the expense of personal rights and liberty.

On Tuesday, the Seoul Administrative Court suspended the rule that requires proof of vaccination or negative test results before accessing private institutes, public study rooms, study cafes and vocational training institutions, pending a lawsuit parents and the industry have filed against the measure.

Groups of parents and private institute owners filed the case last month, claiming that the vaccine pass mandate, launched in November along with the government's "living with COVID-19" scheme, infringes on students' freedom and learning rights and amounts to enforcing vaccination upon minors.

Amid a fast growth rate of infections among students, the government had announced a plan to expand the mandate to include teenagers in March, which prompted the case in the first place. But the fate of that decision could take months if the case goes up to the Supreme Court. 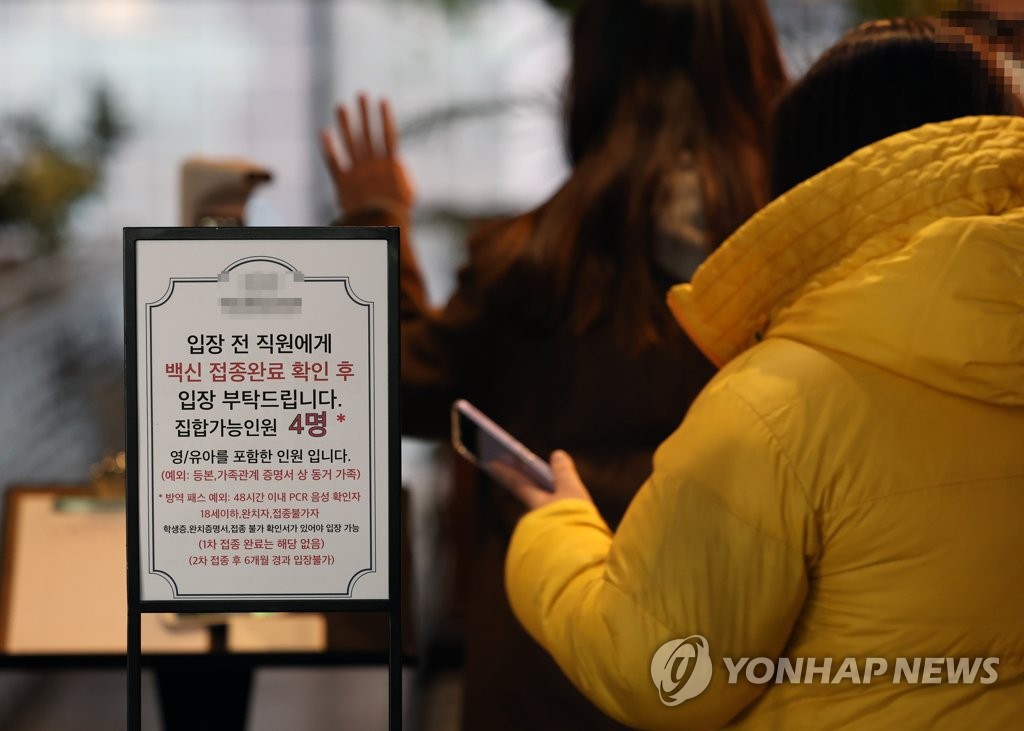 Tuesday's ruling marked the first court decision that reins in the vaccine pass applied at multiuse facilities, such as restaurants, cafes and gyms, first introduced in November. The scheme has been met with strong protest by both customers and especially store owners struggling with slow business due to the reintroduction of toughened gathering restrictions.

Complaints have only grown stronger since last week's announcement to include large discount supermarkets and department stores in the system starting next Monday.

Worth taking note is that the legal complaint on study facilities centered on the protection of the study rights of unvaccinated teenage students. Many parents have expressed strong reservations against inoculating their children due to reported side effects of vaccines.

The Seoul Administrative Court said that the vaccine pass restricts the rights of not only teenagers but also those of the general public preparing for "school admission, employment and qualification tests."

It also said the government must present "objective and rational reasons" in order to enforce measures that disadvantage unvaccinated people.

The government said it regrets the court's decision and will appeal the ruling, but the suspension could potentially open up the door for similar lawsuits, especially with the nation's small business community having become fatigued with the prolonged business restrictions without proper damage compensation. 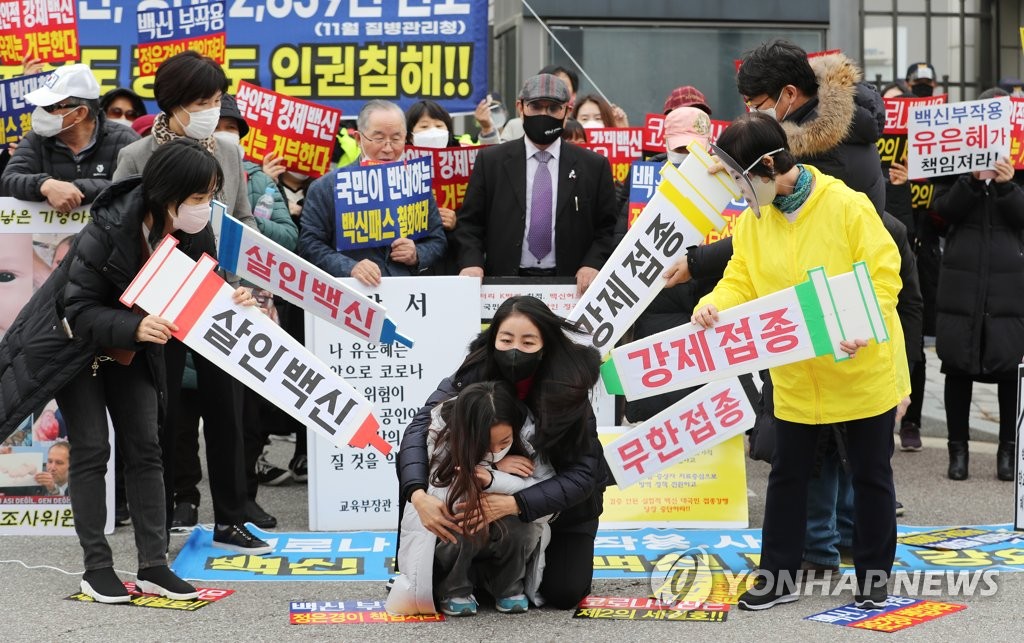 Already last week, over 1,000 doctors, religious people and ordinary citizens have filed a joint lawsuit seeking to nullify the vaccine pass system, and a petition against the scheduled vaccine pass expansion to teenagers has also been filed with the Constitutional Court last month.

Many, including medical experts, have expressed relief at the suspension of vaccine pass enforcement at study facilities, but some have also expressed concerns.

"I had the impression that the vaccine pass was being imposed excessively even at unnecessary places," a 16-year-old male student, surnamed Chung, in Goyang, north of Seoul, said. "I'm glad that cram schools and study rooms are no longer subject to it," he added.

"One can always eat at home when restricted from visiting restaurants or cafes, but cram schools and supermarkets should not be subject to the vaccine pass system as they are deeply connected with people's basic rights," he said.

One user on an online community, meanwhile, argued that epidemic control is "an area that should be determined by experts" and questioned how the court came to its conclusion.