SEOUL, Jan. 12 (Yonhap) -- North Korea said Wednesday it has successfully conducted the "final" test-firing of a new hypersonic missile a day earlier as its leader Kim Jong-un called for the strengthening of the country's "strategic military muscle both in quality and quantity" during an on-site inspection.

"The superior maneuverability of the hypersonic glide vehicle was more strikingly verified through the final test-fire," the Korean Central News Agency (KCNA) said. "The test-fire was aimed at the final verification of overall technical specifications of the developed hypersonic weapon system."

The hypersonic glide vehicle demonstrated "glide jump flight," "corkscrew maneuvering" and hit "the set target in waters 1,000 km off," it added with regard to Tuesday's launch. It marked the third known test-firing of what the secretive North claims to be a hypersonic missile, with the second one conducted last week. 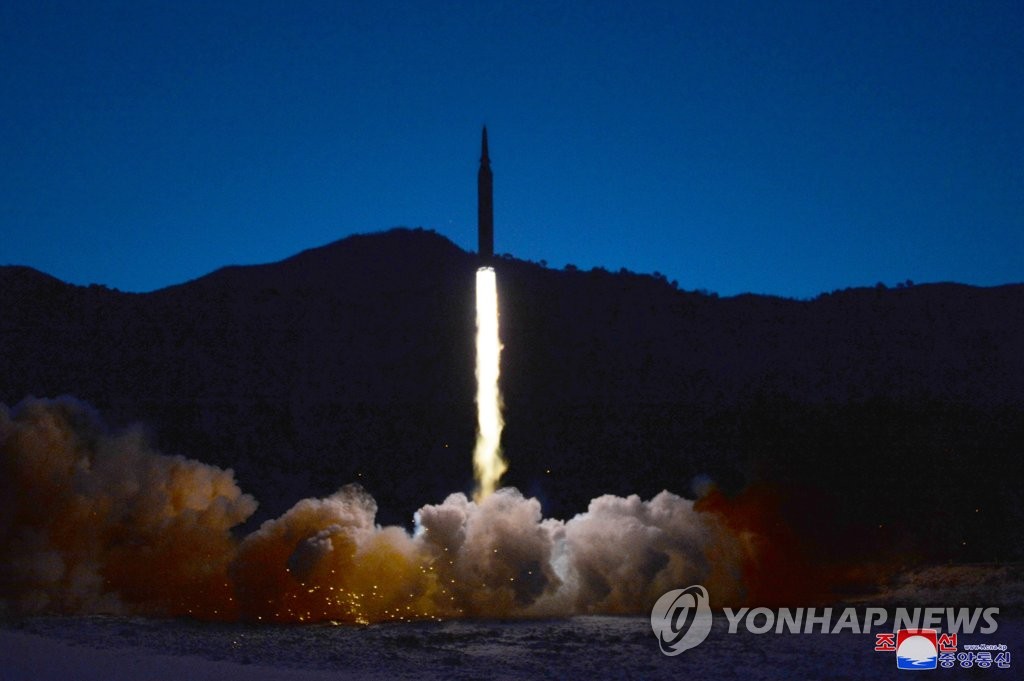 Kim attended the firing in an activity which Pyongyang usually describes as field guidance. He previously oversaw such a major missile test in March 2020.

The North's latest saber-rattling came as nuclear negotiations between Washington and Pyongyang remain stalled since the no-deal Hanoi summit in February 2019.

Kim urged officials in the missile research sector to "bolster the war deterrent of the country with their continued ultra-modern scientific research achievements" and stressed the need to build up "strategic military muscle both in quality and quantity."

The North announced the first test-firing of a "hypersonic" missile Hwasong-8 in September last year. The missile reportedly flew at a top speed of around Mach 3, or three times the speed of sound.

The Joint Chiefs of Staff said Tuesday's projectile flew over 700 kilometers at a maximum altitude of 60 km and a maximum speed of Mach 10. 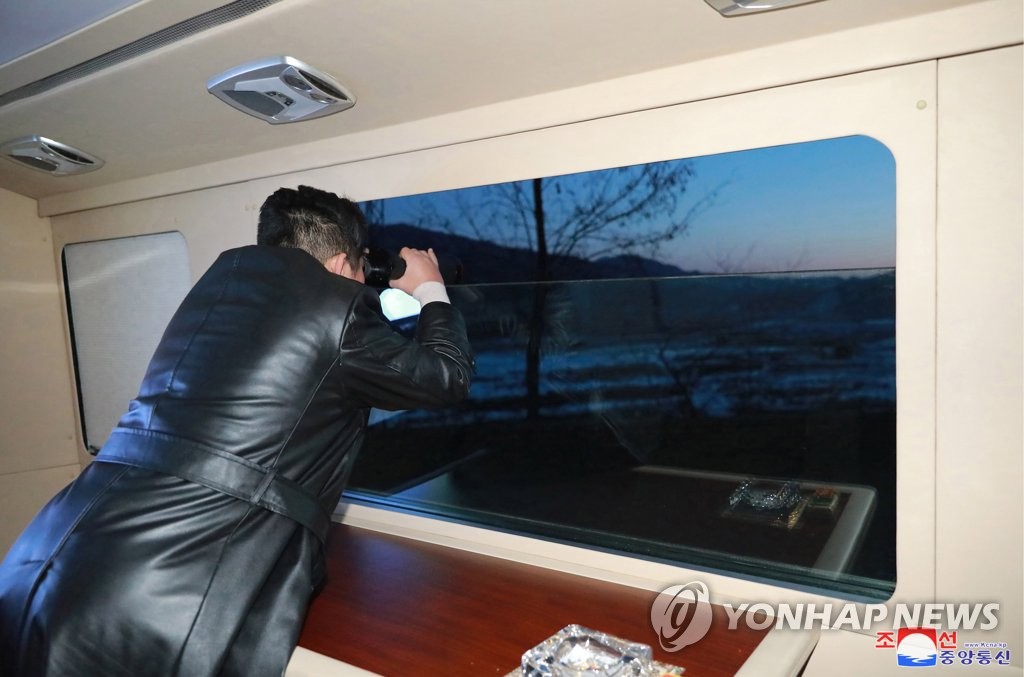 Experts say the hypersonic missile's speed, coupled with its maneuverability at a low altitude, makes it harder to intercept.

South Korea's military said a detailed analysis was under way in coordination with the U.S. on the specific features of the North's hypersonic missile capability.

Developing a hypersonic weapon was one of the North's "five core tasks" under a five-year plan to strengthen its defense capabilities unveiled at its eighth party congress held a year ago.

"North Korea is likely to continue with testing other strategic weapons it vowed to develop down the road," professor Lim Eul-chul at the Institute for Far Eastern Studies said.

The Ministry of Unification handling inter-Korean affairs was cautious over Kim's intention in overseeing the launch event.

"There have been different cases of Kim attending such missile tests or not," the ministry said in a statement. "We will continue monitoring the situation to make a comprehensive analysis and assessment."

On Tuesday, President Moon Jae-in expressed concern over North Korea's repeated missile launches ahead of South Korea's presidential election slated for March and ordered officials to come up with measures to ensure "no further tension in inter-Korean relations." 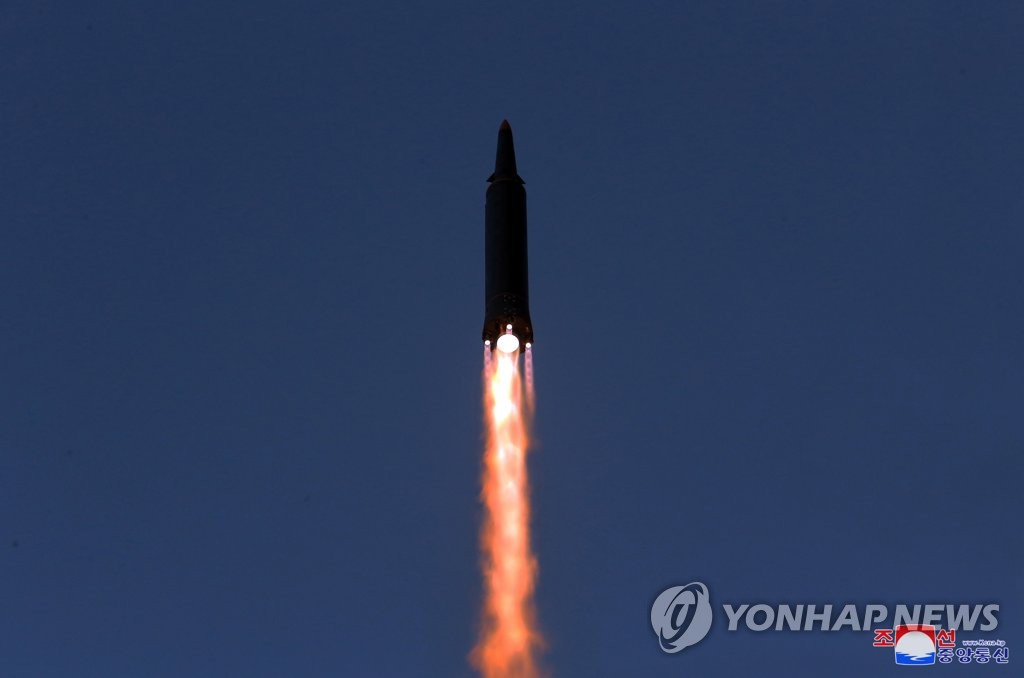