SEOUL, Jan. 12 (Yonhap) -- The prolonged lockdown in the Chinese city of Xi'an will have minimal impact on the performance of Samsung Electronics Co., which has a chip fabrication complex there, analysts said Wednesday.

Samsung, the world's largest memory chip maker, temporarily adjusted operations at its NAND flash chips manufacturing base in the city late last month, following the city's draconian restrictions imposed on Dec. 22, banning its 13 million citizens from venturing out and doing nonessential activities, to stem the spread of the coronavirus.

"The event will have minimal impact on the global supply of NAND flash chips for the time being thanks to Samsung's own inventory as well as those of other channels," Doh Hyun-woo, an analyst at NH Investment & Securities wrote in his report.

It will likely drive up NAND prices in the second half when the current stock begins to run out, he added. 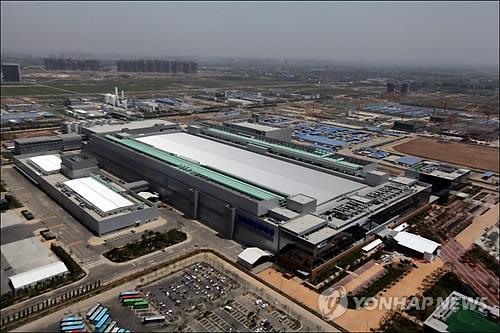 Song Myung-seop, another analyst from DGB Financial Group, said the average selling price (ASP) of NAND chips is predicted to "fall less than previously expected, partly due to the supply shortage."

Industry tracker TrendForce had previously said NAND flash ASP would decline 10-15 percent in the first quarter of this year due to oversupply.

"The production is expected to normalize in February at the earliest, and the supply constraint will help improve the industry's overall supply and demand dynamics," Choi Do-yeon and NamKung Hyon from Shinhan Investment Corp. wrote in their latest report.

"DRAM and NAND chip prices are forecast to rise in the second quarter due in part to chipmakers' greater bargaining power," the report said. 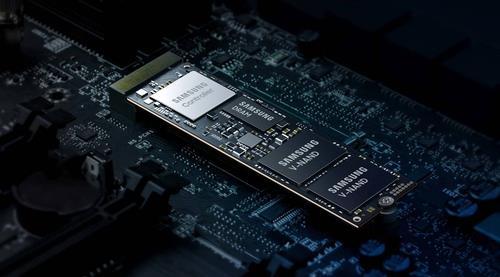 Samsung Electronics has invested more than US$25 billion in the Xi'an manufacturing complex.

The first plant began operation in 2014, and the second one opened last year. Combined, the Xi'an complex, which employs more than 3,300 workers, is estimated to produce about 40 percent of the company's NAND flash products. The volume is equivalent to 10-15 percent of the global NAND production.

According to TrendForce, Samsung was the world's biggest NAND flash provider with a 34.5 percent of market share in the third quarter of last year. NAND flash is a type of non-volatile storage that does not require power to store data.

The chipmaker had operated the Xi'an base business-as-usual for about a week before it was forced to reduce production "in accordance with our commitment to protecting the health and safety of our employees and partners."

It was taking "all necessary measures, including leveraging our global manufacturing network, to ensure that our customers are not affected."