SEOUL, Jan. 13 (Yonhap) -- President Moon Jae-in expressed his condolences Thursday to the family of an Air Force pilot who died after his F-5E fighter crashed into a mountain earlier this week.

"I pray for the repose of Major Shim Jeong-min, who died in the line of duty while defending the nation's sky, and offer my deep condolences to the family members," Moon said in a message posted on social media.

The aircraft crashed into a mountain in Hwaseong, some 40 kilometers south of Seoul, minutes after taking off from an Air Force base in the nearby city of Suwon on Tuesday.

The fighter jet crashed around 100 meters away from a nearby village. No civilian casualties were reported.

The Air Force said the pilot held onto a control stick at the last second to avoid hitting villages. 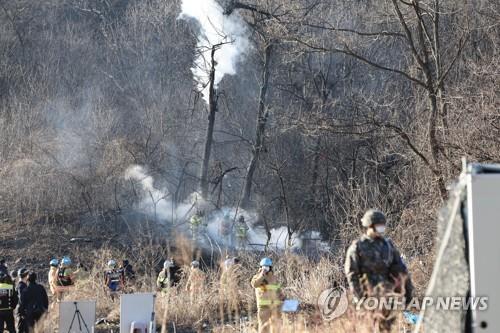