SEOUL, Jan. 14 (Yonhap) -- The South Korean economy is on a recovery track on robust exports, but the spike in COVID-19 cases and strengthened social distancing rules are feared to hurt domestic demand, the finance ministry said Friday.

Amid the fast spread of the omicron COVID-19 variant, economic uncertainty has persisted as global supply chain bottlenecks have deepened and the Federal Reserve is ramping up a shift in its monetary policy, the ministry said in its monthly economic assessment report, called the Green Book.

"The country's exports have extended robust growth, and the number of employed people sharply rose, but stricter quarantine measures could affect domestic demand, such as in-person service segments," the report showed.

The South Korean economy faces growing downside risks from the latest upsurge in virus cases and the spread of the omicron variant. 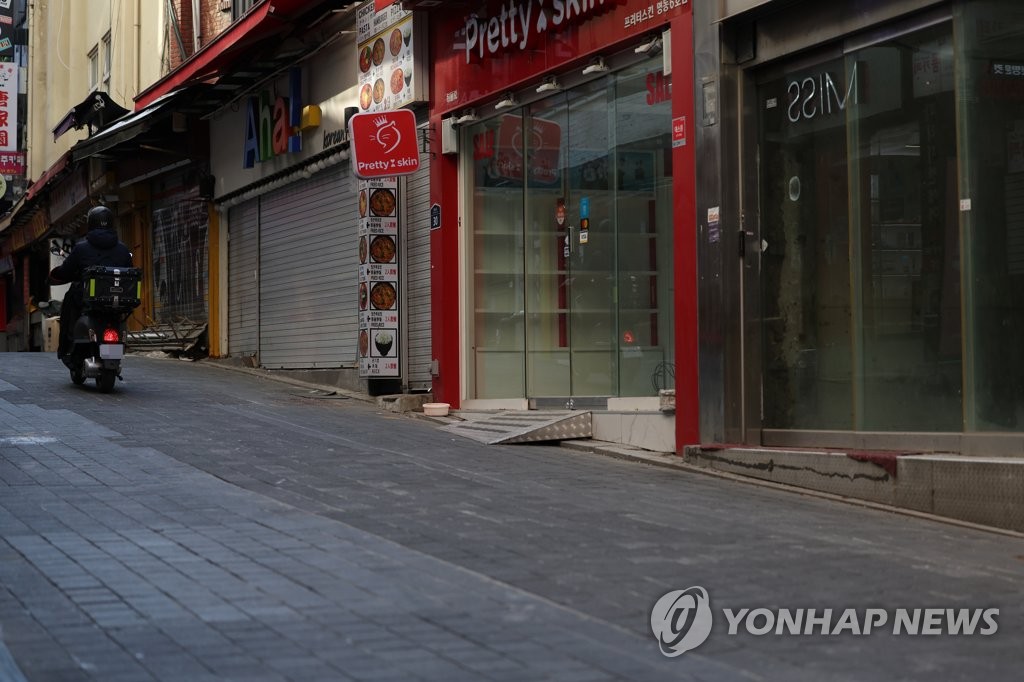 The government has imposed tighter antivirus measures since mid-December, as the number of daily infections had soared to nearly 8,000. Daily virus cases dropped to the 4,000s this month.

The toughened antivirus restrictions, to be effective until Sunday, include a four-person cap on private gatherings across the nation and a 9 p.m. business hour curfew on cafes and restaurants.

Earlier in the day, the government decided to raise the cap on private gathering to six but maintain the curfew for the next three weeks though Feb. 6.

The ministry said sales at department stores and online shopping rose in December, but consumer sentiment worsened amid the flare-up in virus cases.

But sales at discount stores fell 3.5 percent on-year, and the country's consumer sentiment index dropped for the first time in four months in December.

In the third quarter, private spending fell 0.2 percent from three months earlier, compared with a 3.6 percent on-quarter gain in the second quarter, according to central bank data.

Retail sales, a gauge of consumer spending, declined by the most in 16 months in November, even as the country relaxed virus curbs under the "living with COVID-19" scheme.

South Korea reported the biggest job addition in seven years in 2021, but in-person service sectors, such as accommodations and eateries, suffered job losses due to the fallout of the COVID-19 pandemic.