SEOUL, Jan. 14 (Yonhap) -- South Korea's central bank chief Friday hinted at the possibility of more rate hikes in the months to come even after raising borrowing costs to a pre-pandemic level to ease inflationary pressure and rein in rising household debt.

Earlier in the day, the monetary policy board of the Bank of Korea (BOK) convened its first rate-setting meeting of this year and voted to raise the benchmark seven-day repo rate by a quarter percentage point to 1.25 percent.

The decision came after the central bank raised the rate by 0.25 percentage point in the immediate previous board meeting in November. This also marked the third rate increase since the BOK delivered its first pandemic-era rise in August.

Friday's hike brought the rate back to a pre-pandemic level maintained before March 2020 when the central bank held an emergency meeting and slashed it by a half percentage point to 0.75 percent to cushion the fallout from the pandemic. Two months later, it trimmed the rate further to an all-time low of 0.5 percent.

The zero range interest rate had been in place for about two years to shore up the economy buffeted by less spending and sluggish business activity amid uncertainty from the pandemic.

"We look into various factors when determining whether the stance is accommodative or not," Lee told reporters. "The rate was hiked today but it appears to be still accommodative in light of growth, inflation situations and outlooks." 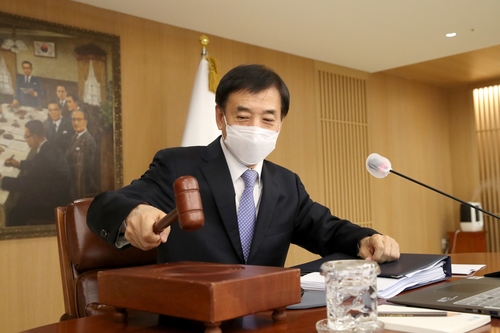 Explaining the reason for a rate hike on Friday, the BOK issued a statement in which it said that the Korean economy has continued to recover despite COVID-19 concerns, buoyed by strong exports, while there is the need to keep a lid on inflation as prices of oil, farming, livestock and other materials have been on the rise.

The central bank also left open the possibility for further rate increases, saying that it will "adjust the degree of accommodation" by thoroughly assessing economic growth, inflation and other relevant factors.

"The Board will continue to conduct monetary policy in order to sustain the recovery of economic growth and stabilize consumer price inflation at the target level over a medium-term horizon, while paying attention to financial stability," the BOK said in the statement.

"The Board will judge when to further adjust the degree of accommodation while thoroughly assessing developments related to COVID-19, changes in the pace of growth and inflation, the risk of a buildup of financial imbalances, the effects of the Base Rate raises, and monetary policy changes in major countries," it added.

Friday's rate decision was not unanimous, with one board member voicing dissenting views and calling for a rate freeze, Gov. Lee said.

The BOK has recently ramped up efforts to bring the loose monetary policy back to normal as the economy is revving up amid strong exports and concerns are growing over inflation driven up by global supply disruptions and a rebound in consumption. 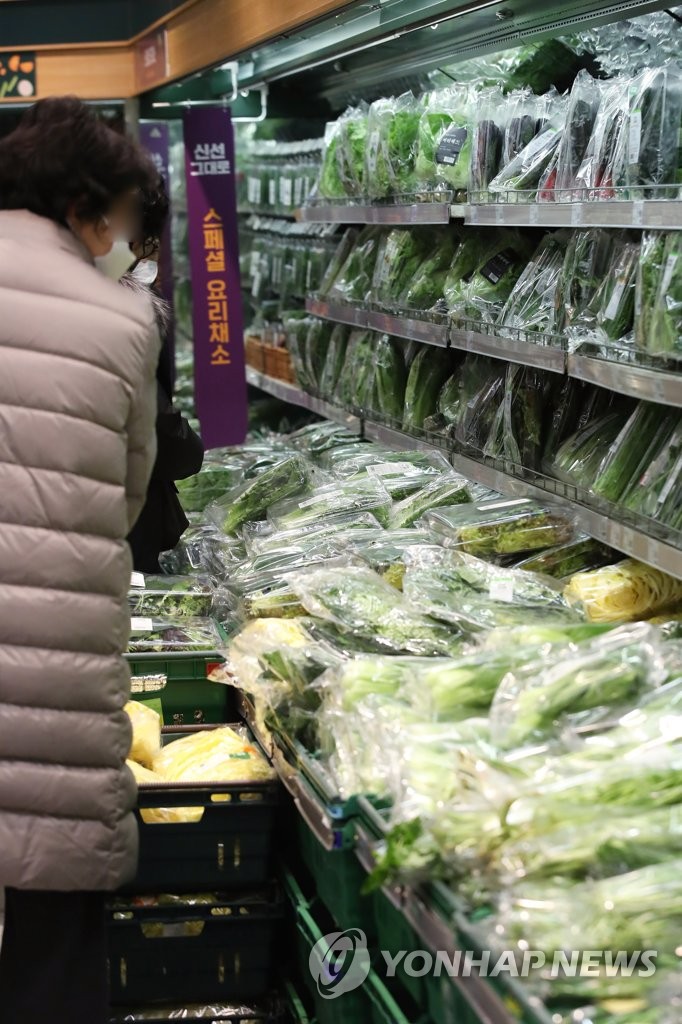 For 2021, consumer inflation rose 2.5 percent from a year earlier, the fastest growth in 10 years. It is higher than the BOK's medium range target of keeping the price increase at 2 percent.

Inflation has emerged as a global issue, prompting central bankers in the U.S. and other major economies to tighten monetary measures.

Recently unveiled minutes of the U.S. Federal Reserve's December meeting indicated the Fed will likely speed up the tightening of its loose monetary policy "sooner or at a faster pace."

The Fed had been widely expected to wind down its pandemic-era asset buying stimulus in March and start to raise its near-zero interest rates in June, but the latest minutes raised the possibility that rate increases could come as early as March.

Lee said that South Korea's economy is strong enough to cushion any impact from the Fed's faster-than-anticipated tightening but noted that the BOK will stay vigilant over the monetary policy stance in the U.S.

The latest BOK rate hike and further increases down the road have spawned anxiety over growing financial burden on many households and small merchants, which have taken on more debt to buy homes or secure funds to weather an economic downturn.

Market watchers expect that the BOK could raise the policy rate to 1.5 percent or 1.75 percent by the end of this year. The BOK is set to hold its next rate-setting meeting on Feb. 24.

A BOK report showed that a 0.25 percentage rate hike could translate into about 3.2 trillion won (US$2.7 billion) more in annual interest payment.

Friday's rate increase came amid lingering worries over an upsurge of coronavirus infections and the spread of the potentially more transmissible omicron variant of COVID-19.

Asia's fourth-largest economy is on a recovery track on the back of robust exports but a resurgence of virus cases and the fast spread of the omicron variant could put a damper on the recovery of private spending.

The government has reimposed toughened antivirus restrictions since mid-December after daily infections soared to nearly 8,000 under the eased "living with COVID-19" scheme.

The BOK currently expects the South Korean economy to expand 3 percent this year after an estimated 4 percent growth last year. The government predicts that the economy will grow 3.1 percent this year.