SEOUL, Jan. 14 (Yonhap) -- South Korea plans to propose another extra budget of some 14 trillion won (US$11.8 billion) in a bid to support small merchants as they are suffering COVID-19 caused losses amid extended tighter virus curbs, the country's finance minister said Friday.

The country plans to create the extra budget, given that the government is estimated to have an additional 10 trillion won in excess tax revenue last year, according to Finance Minister Hong Nam-ki.

The planned budget will be first financed with debt sale, as excess tax revenue can be used only after the government settles last year's state accounts in April.

The government plans to submit the extra budget bill to the National Assembly before the Lunar New Year holiday set for Jan. 31-Feb. 2.

"The government plans to draw up an extra budget to help small merchants and support antivirus efforts," Hong told a press briefing. 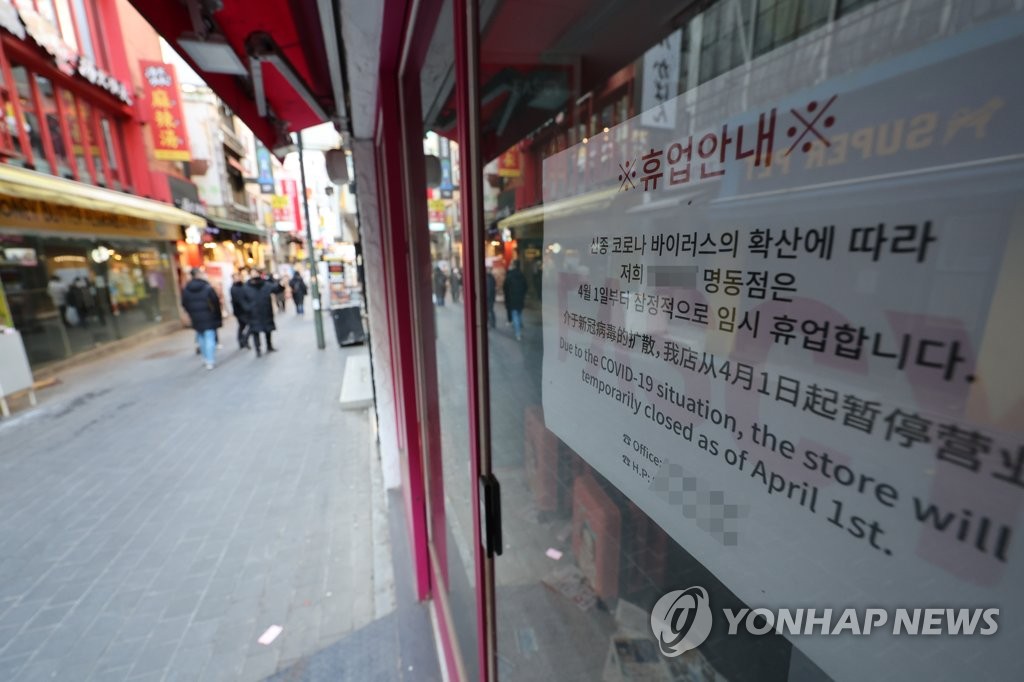 South Korea plans to spend 10 trillion won to additionally provide 3 million won to merchants who have suffered falls in revenue.

In December, the government offered 1 million won each in a bid to ease their burdens of paying rent and other costs.

The country will also raise the budget set aside for the state compensation scheme to 5.1 trillion won from the current 3.2 trillion won.

Last year, the government launched a state scheme to compensate merchants for their losses caused by state orders to shut down business over COVID-19.

South Korea logged a larger-than-expected amount of excess tax revenue last year on the back of rises in asset prices and the economic recovery.

The government previously expected last year's excess tax revenue to reach 50.6 trillion won. But the country is estimated to have logged another 10 trillion won in excess revenue as the economy has extended its growth momentum.

But the ruling Democratic Party (DP) has pressed for the need to draw up a supplementary budget this year.

Ahead of the March presidential election, Lee Jae-myung, the presidential candidate of the DP, also called for an extra budget of at least 25 trillion won to support affected merchants.

The creation of the supplementary budget will inevitably increase national debt and worsen fiscal soundness.

Based on the size of the state budget, the national debt is expected to reach 1,064.4 trillion won this year, an amount equivalent to 50 percent of the gross domestic product, according to the finance ministry. It will mark the first time that the debt will exceed the 1,000 trillion-won mark.

Political uncertainty in an election year will also add risks to the implementation of the economic policy.

The successor to President Moon may want to create another extra budget to carry out election pledges after taking office in May.

In 2020, the country drew up four rounds of extra budgets worth around 67 trillion won to cope with the COVID-19 pandemic. In May that year, the government doled out 14.3 trillion won in stimulus checks to all households.