SEOUL, Jan. 14 (Yonhap) -- Of all South Korean speed skaters headed to the Beijing Winter Olympics next month, no one has a tougher act to follow than Kim Min-sun.

The 22-year-old will be the lone South Korean to have qualified for the women's 500 meters. It's an event that the retired Korean star Lee Sang-hwa had dominated, with back-to-back gold medals in 2010 and 2014, and silver in 2018 at what ended up being her final Olympics. Lee's world record time of 36.36 seconds has stood for more than eight years.

Kim, who ranked ninth in the International Skating Union (ISU) World Cup standings this season, isn't considered a viable medal threat in Beijing. But that won't stop her from trying. 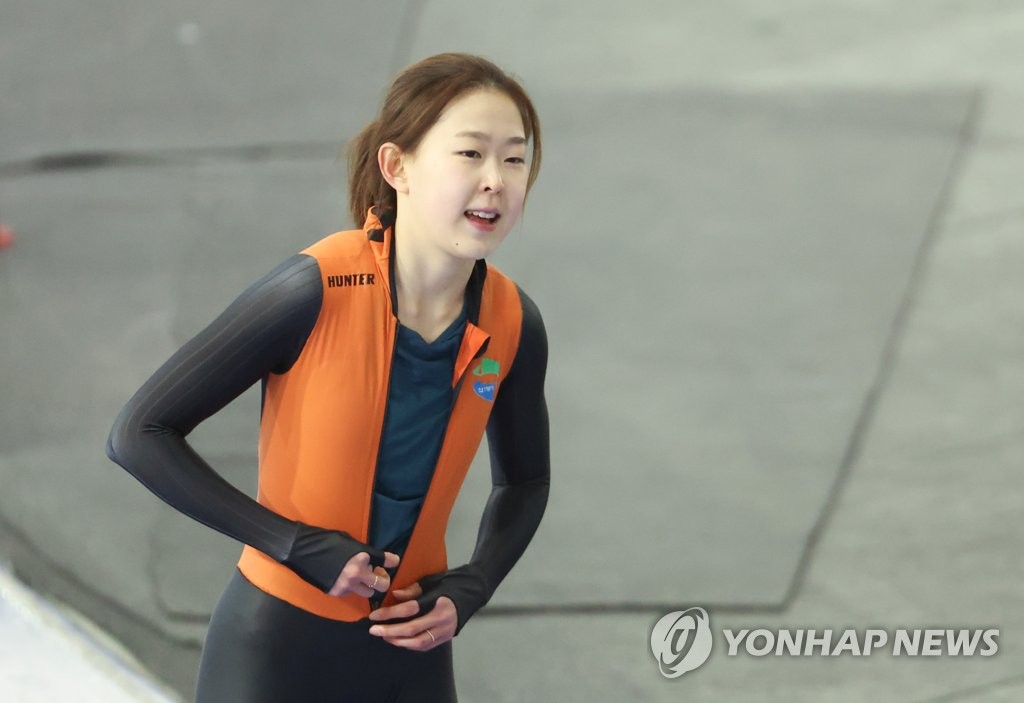 "After she retired (in 2019), I've been trying to fill that void in the 500m," Kim said Friday after winning the overall title at the National Sprint Speed Skating Championships at Taeneung International Rink in Seoul. "I know I still have long ways to go, but I will try to show people that I have been getting better."

Kim said she talks to Lee often, especially before races. Lee, who will do television commentary work during the Beijing Olympics, has taken Kim under her wings.

"She is always very encouraging," Kim said. "The one thing she tells me time and time again is to skate with confidence."

Kim has been dubbed the "Next Lee Sang-hwa" in some circles, and she is grateful to be even mentioned in the same breath as her mentor. 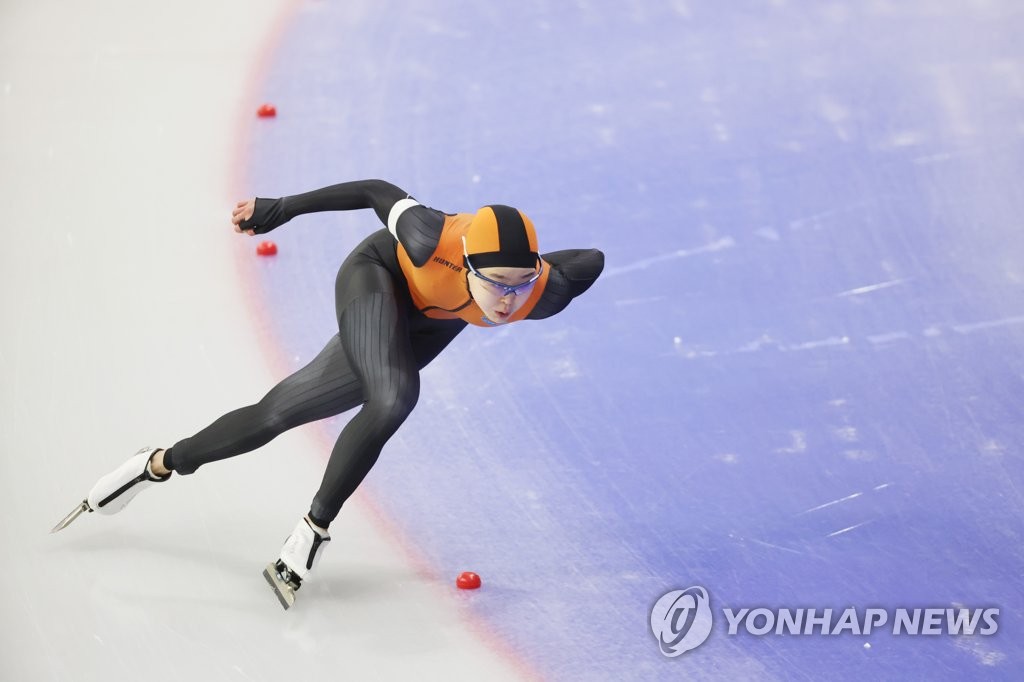 "She is my role model," Kim said. "I think people have seen my potential to become a great skater like her."

Kim, the 2016 Winter Youth Olympics champion in the 500m, made her senior Olympic debut in 2018 and finished 16th in the 500m. For this past International Skating Union (ISU) World Cup season, she ranked ninth overall.

"I want to improve on things that I felt I was lacking in PyeongChang," she said. "I've been working on my start, in particular. Other than that, my preparation is going pretty well."

At the national sprint event, skaters competed in two races each in the 500m and 1,000m over the past two days. Kim won all four of those races en route to the overall crown. 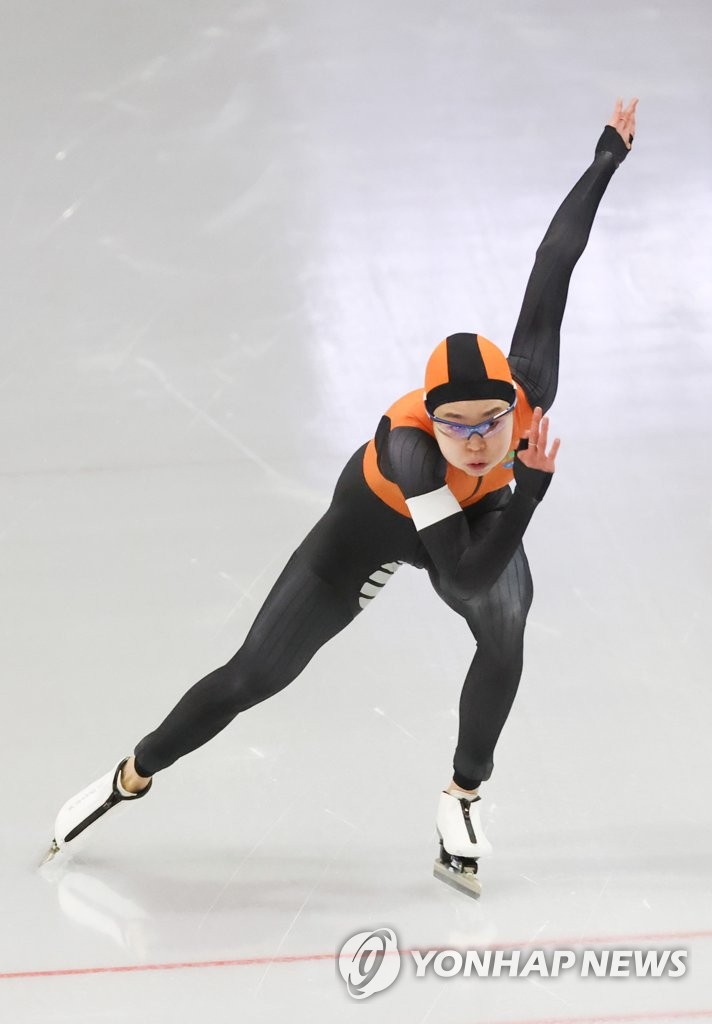