SEOUL, Jan. 15 (Yonhap) -- Goals came fast and furious for South Korea, and some of the country's top young football talents got to showcase their chops in a breezy friendly win over Iceland on Saturday.

South Korea enjoyed a 5-1 victory at Mardan Sports Complex in Antalya, Turkey, in the first of two friendly matches scheduled ahead of World Cup qualifiers. South Korea will face Moldova next Friday, also at Mardan.

Five different players got a goal apiece for South Korea, and four of them -- striker Cho Gue-sung and midfielders Paik Seung-ho, Kim Jin-gyu and Eom Ji-sung -- got on the international score sheet for the first time. 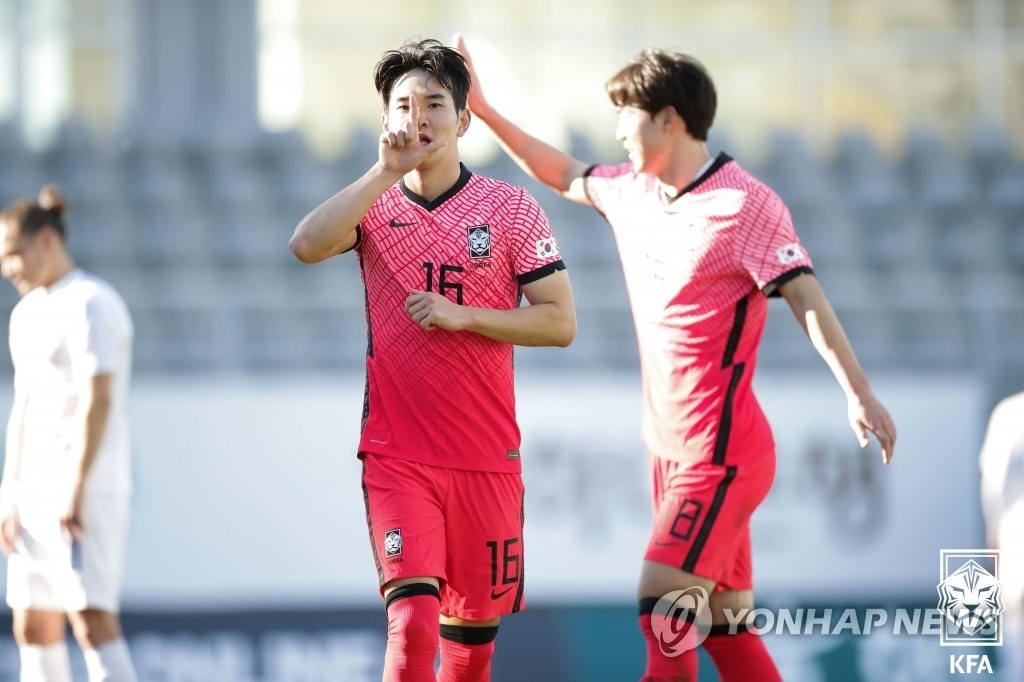 It was a rare moment in the national team spotlight for the quartet, as they wouldn't have had a chance to play much, if at all, in normal circumstances.

Head coach Paulo Bento set up training camp in Turkey earlier this month to prepare for South Korea's next two World Cup qualifiers -- against Lebanon on Jan. 27 and then Syria on Feb. 1. However, the training camp and the two upcoming friendly matches don't fall in the FIFA international match calendar.

This meant Bento couldn't force European clubs to release their South Korean players for the occasion. None of the usual suspects, such as Son Heung-min of Tottenham Hotspur, Hwang Ui-jo of FC Girondins de Bordeaux and Kim Min-jae of Fenerbahce, got the call.

Instead, Bento brought 25 players from South Korea's K League and two from Japan's J. League. The coach typically picks around a half-dozen players from Europe and the Middle East for World Cup qualifiers. This camp is the opportunity for those Asian league players to make an impression on Bento and make his roster decision more difficult for future matches. 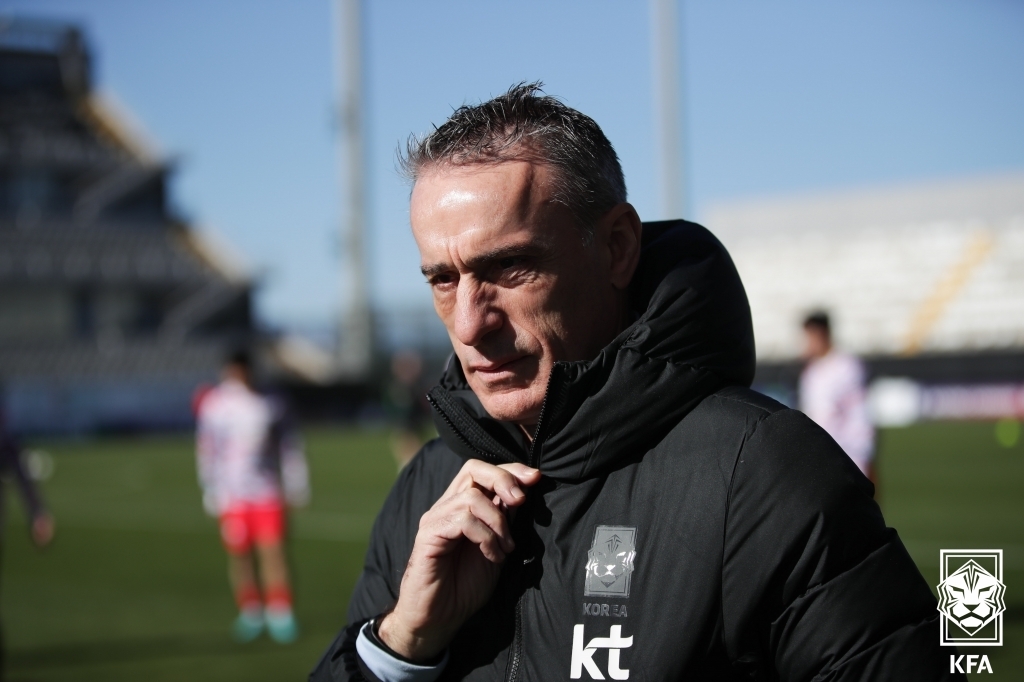 Cho, 23, made his senior international debut last September, and Saturday's match was his fifth appearance. By converting on Kim Jin-gyu's pass, Cho showed the nose for the goal that he has often displayed in the K League.

"It felt great to get my first goal out of the way, and I am grateful for my teammates for working so hard to make it possible," Cho said, in an interview clip shared by the Korea Football Association (KFA). "Jin-gyu didn't have to make that pass in that situation. I thanked him afterward."

Cho appears to have the inside track on the backup striker job behind Hwang Ui-jo on the national team.

"If I do get a chance to play in a World Cup qualifier, I will try to play the same way I did today, battling defenders up front and competing hard from start to finish," Cho said. "I want to be someone who can help the team win."

Paik also played in his fifth international match Saturday, though he went more than two years between his third and fourth appearances. Paik's shine as a former FC Barcelona youth academy prospect has worn off somewhat, but the 24-year-old has turned his career around after settling down in the K League last year with Jeonbuk Hyundai Motors. He has impressed as a versatile defensive midfielder at the under-23 level, and Bento will be counting on him to take the next step against the older and better competition. 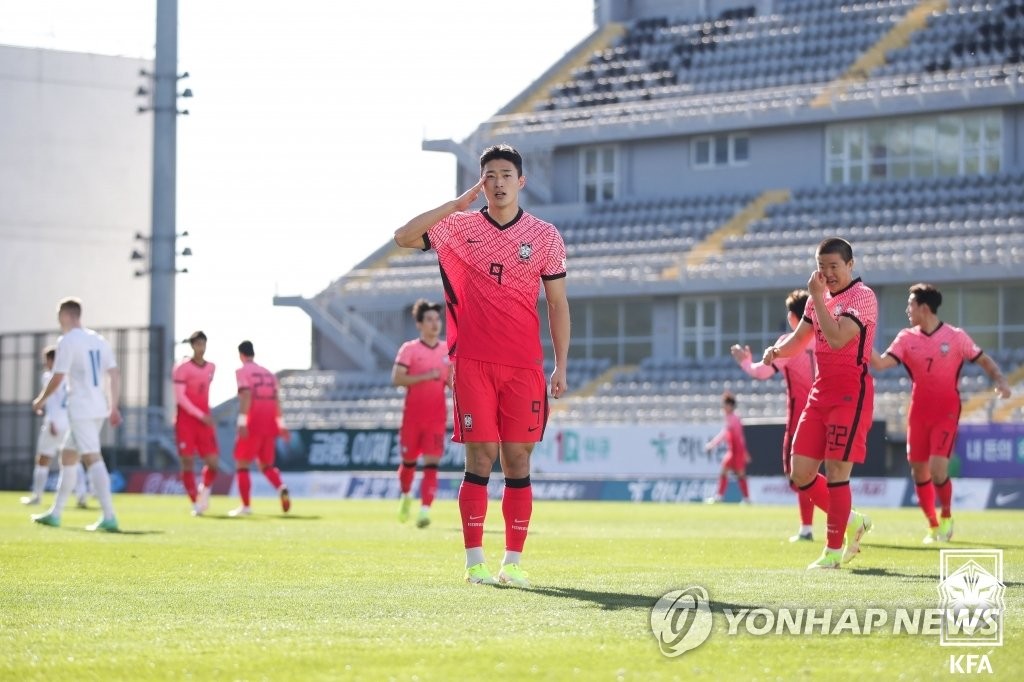 Kim, 24, was a creative force on offense in Saturday's win. He assisted on Cho's goal in the first half and scored one for himself in the second half. That second goal came off a rebound after Kim's beautiful feed set up a close-range chance for Lee Dong-gyeong. In between those two goals, Kim consistently made great passes, no mean feat for someone in his senior international debut.

Eom is the youngest player at camp at 19, and he joined the scoring act with a header in the 86th minute, only 10 minutes after coming in off the bench.

In an interview released by the KFA, Bento said his players were "in good control, offensively and defensively." And their strong performances earned a bonus point from Bento, who noted the team only had one week to train and players aren't typically in top shape this early in the year.

"We need to improve certain things, but I think things are going well," Bento said. 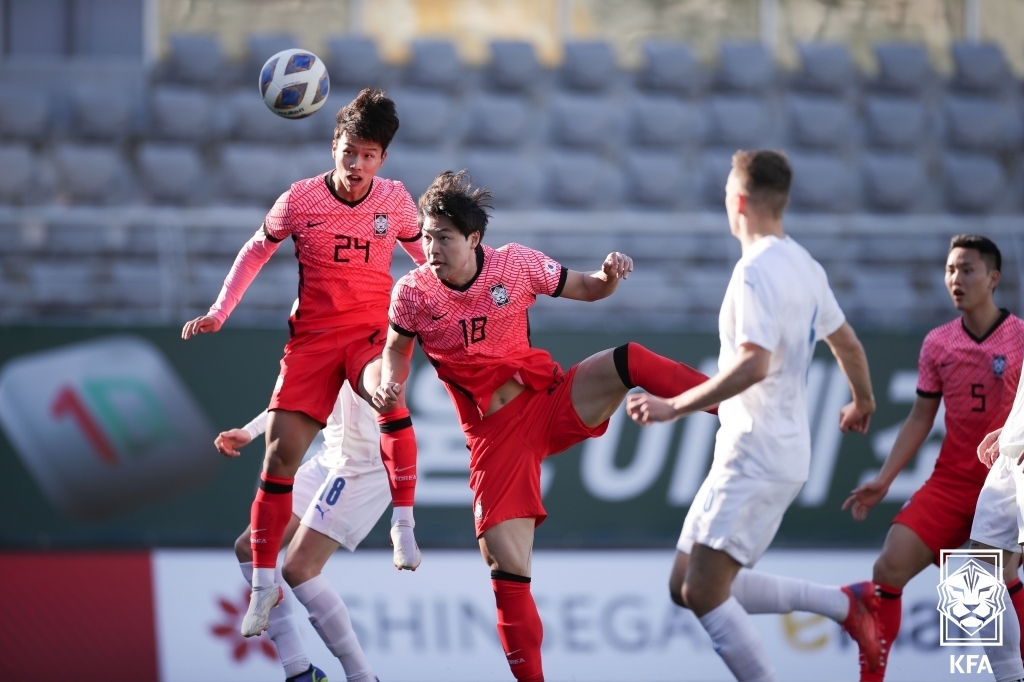 With so many more players to test and one friendly remaining, Bento will likely juggle his lineup against Moldova.

He wasn't yet ready to commit to next week's lineup, though.

"Now, it's important to rest after one game," he said. "We'll see what kind of players we're going to use from the start and during the match (against Moldova). The most important (thing) before the game is we train well like we did last week, and then we'll take the decisions that we have to take."

At least the four new goal scorers have done their part, and the pressure will be on their teammates to make their presence felt -- via goals or other types of plays.