SHENYANG/SEOUL, Jan. 17 (Yonhap) -- A North Korean freight train crossed a border bridge into the Chinese city of Dandong on Monday, sources said, following another train's return to the North apparently with daily necessities and emergency relief items aboard.

The empty second train arrived in the Chinese border city earlier in the day, shortly after the first train departed the city at around 7 a.m. to return to the North's Sinuiju, they said.

The first train had arrived in Dandong the previous day, marking the first such train operation in 1 1/2 years after the North shut down its borders to stave off the COVID-19 pandemic.

It was not immediately clear what the train carried home, but the sources said daily necessities, medical supplies and other emergency relief items seem to have been on board, with the train consisting of around 15 cars.

The train services came ahead of such key events as the Lunar New Year, which falls on Feb. 1 this year, the opening of the Beijing Winter Olympics on Feb. 4 and the Feb. 16 birthday of Kim Jong-il, the late father of the current leader, Kim Jong-un.

South Korea's unification ministry handling inter-Korean affairs said it will keep monitoring related moves to see if such train transportation continues and leads to the resumption of trade and people-to-people exchanges between the neighbors.

"The government will keep a close tab on the frequency, volume and quarantine procedures of North Korea-China train operations to make a comprehensive assessment about its impact on the North's antivirus policy, external cooperation, such as trade with China and inter-Korean relations," ministry spokesperson Lee Jong-joo told a regular press briefing. 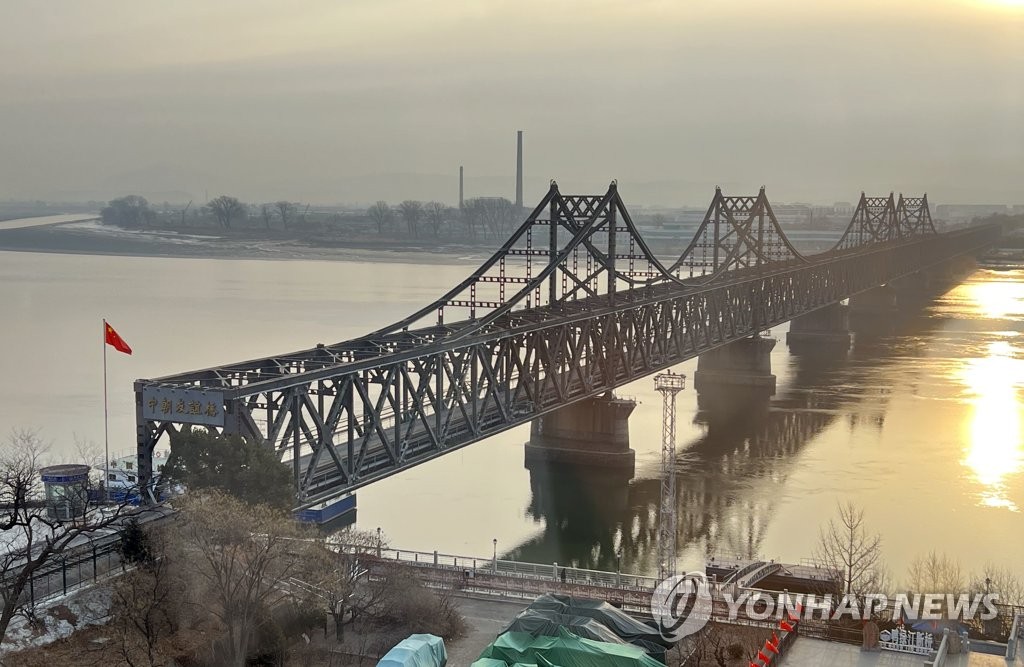