SEOUL, Jan. 21 (Yonhap) -- South Korea plans to raise the ceiling of its low-interest rate loans to Egypt to US$1 billion in an effort to strengthen bilateral cooperation, the finance ministry said Friday.

South Korea and Egypt have inked a memorandum of understanding to raise the limit of the Economic Development Cooperation Fund (EDCF) in 2022-26 from the previous $700 million for 2016-21, according to the ministry.

The preliminary deal was clinched Thursday in Cairo on the sidelines of the summit between South Korean President Moon Jae-in and Egyptian President Abdel Fattah el-Sisi.

South Korea launched the EDCF program in 1987 in an effort to support economic and social infrastructure projects in developing countries.

The two countries agreed to cooperate in not only large infrastructure projects in Egypt but also other fields, including green energy and education, the ministry said.

In September, South Korea said it plans to provide $250 million in EDCF to Egypt for the project to modernize railways linking Luxor and High Dam. 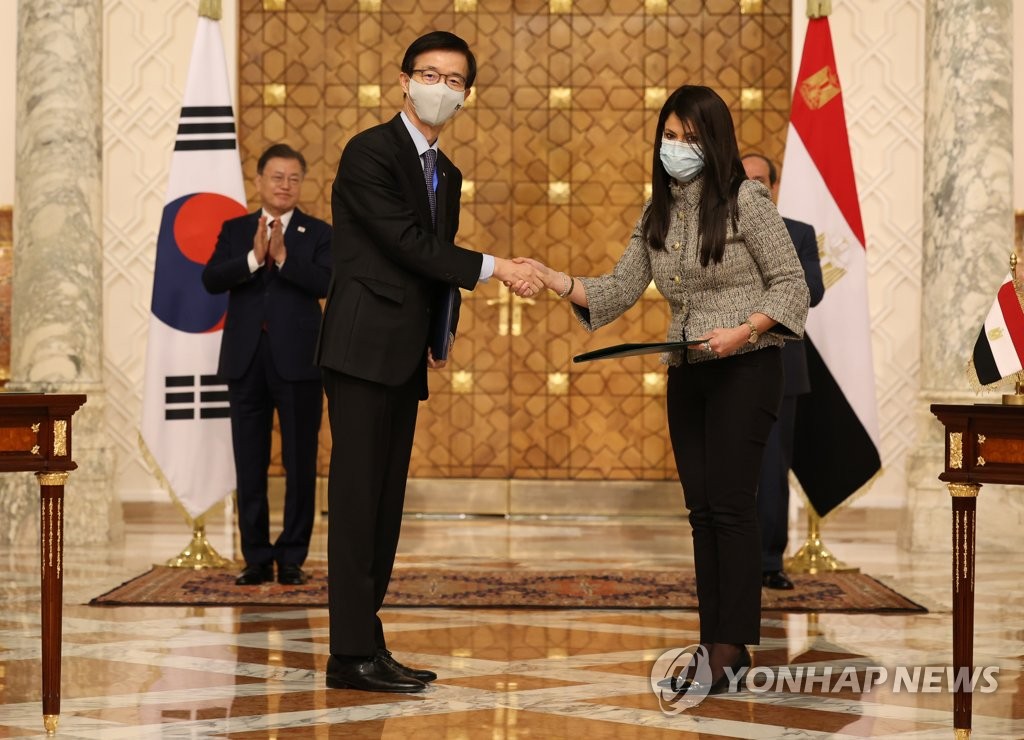