SEOUL, Jan. 23 (Yonhap) -- South Korea said Sunday it has signed a deal with Egypt to dismantle and restore the gateway of an ancient temple in the Egyptian city of Luxor.

South Korea plans to begin restoring the pylon and refurbish the access road of the Ramesseum, a mortuary temple of Pharaoh Ramses II, starting next year, according to the Cultural Heritage Administration.

The move came as Mostafa Waziry, secretary-general of Egypt's Supreme Council of Antiquities, requested the Cultural Heritage Administration to restore the Ramesseum during senior-level talks on Thursday.

On Friday, the two sides inked a memorandum of understanding during President Moon Jae-in's visit to Cairo.

Moon met with his Egyptian counterpart, Abdel Fattah el-Sisi, last week as part of his three-nation trip to the region that also took him to the United Arab Emirates and Saudi Arabia. 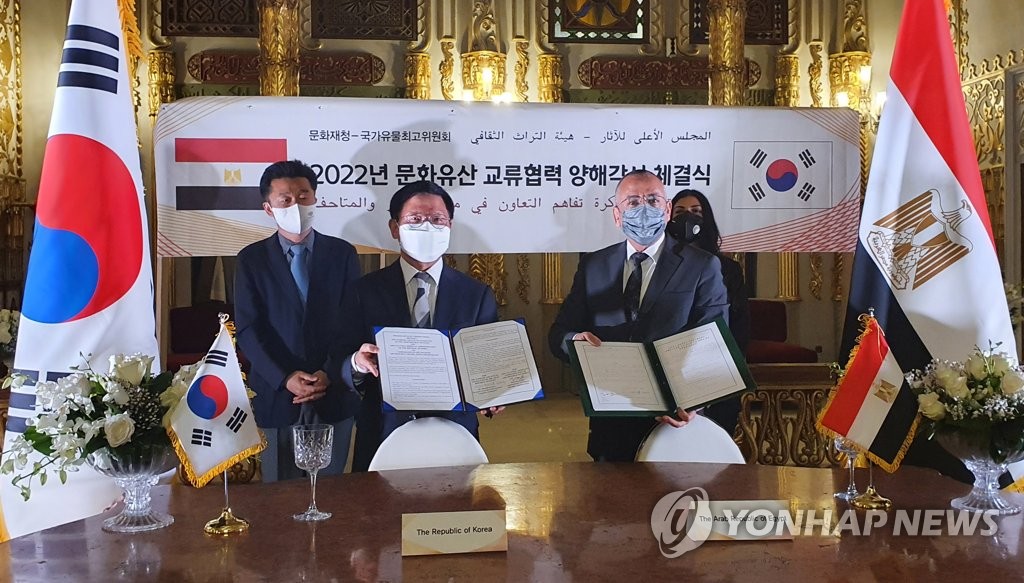