With President Moon Jae-in not traveling to the Chinese capital for the Feb. 4-20 competition, the government decided to make Hwang, the top Cabinet minister for sports, the chief delegate, according to the ministry.

In Beijing, Hwang will attend the opening ceremony on Feb. 4, and support and encourage South Korean athletes while watching their games, it said.

There has been speculation that Yoo Eun-hae, the minister of education who doubles as deputy prime minister for social affairs, had also been in the running for the position along with Hwang.

But a high-ranking Cheong Wa Dae official denied the speculation earlier in the day and said Hwang had been considered the leading candidate for the chief delegate all along.

For the opening ceremony of the 2018 Winter Olympics in the South Korean alpine town of PyeongChang, China had sent a deputy prime minister-level official.

"We should focus on the fact that we tried to do our part as the host of the previous Winter Olympics, rather than on whom we're sending," the official said. 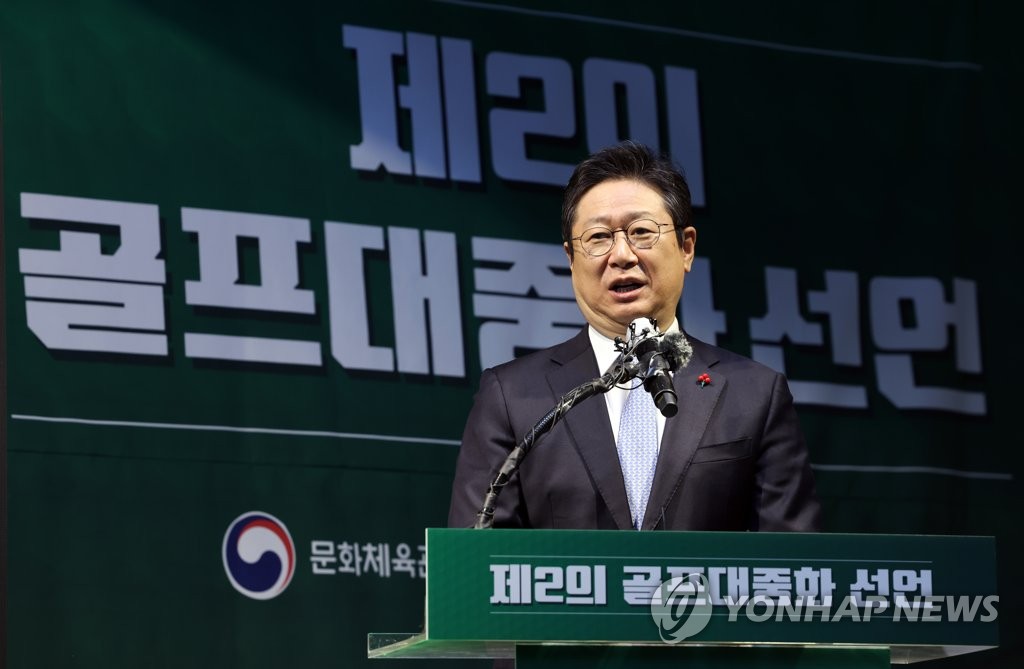 South Korea will not join the United States and a few other nations in staging a diplomatic boycott of the Beijing Winter Olympics to protest Chinese human rights abuses.

Separate from the government delegation, National Assembly Speaker Park Byeong-seug will attend the opening ceremony during his Feb. 3-6 visit to Beijing, at the invitation of Li Zhanshu, chairman of the Standing Committee of the National People's Congress.

He will also attend a luncheon hosted by Chinese President Xi Jinping and hold a meeting with South Korean residents in China.