GWANGJU, Jan. 25 (Yonhap) -- Rescue workers found personal items presumed to be from a missing worker at the site of a collapsed apartment building under construction in the southwestern city of Gwangju on Tuesday.

Work clothing and bloodstains were detected at a room on the 27th floor of the damaged building in Gwangju, about 330 kilometers south of Seoul, as the search and rescue operation continued for 14 days, according to the local disaster management authorities.

They assumed that one of the five workers still missing is around there.

But they said it will take more time to retrieve the body from a heap of fallen debris.

Exterior walls of the 39-story building under construction in Gwangju crumbled on Jan 11, trapping six construction workers at the site. Only one worker was found dead on Jan. 14. 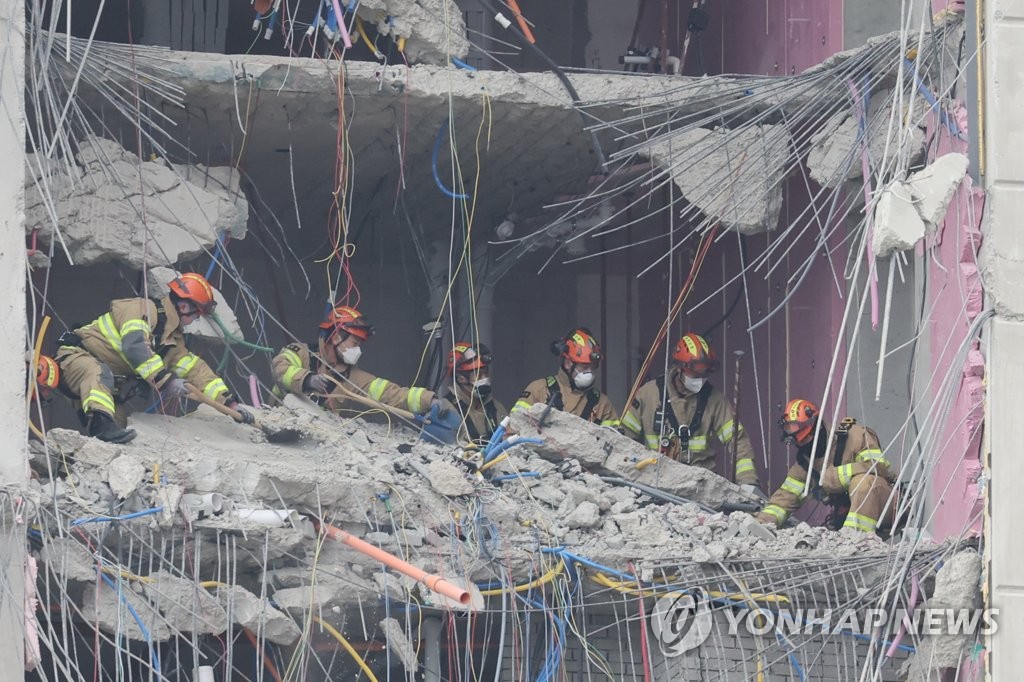