Net profit for the three months that ended in December leaped 87.5 percent from a year earlier to 3.31 trillion won (US$2.8 billion).

Operating profit rose 340 percent to 4.21 trillion won, the highest since the fourth quarter of 2018.

Sales jumped 55.4 percent to a quarterly record of 12.37 trillion won, marking the third consecutive quarter that the company logged more than 10 trillion won in sales.

SK hynix, the world's second-largest DRAM supplier, benefited from a surge in enterprise demand for metaverse-capable servers among global IT companies and from solid seasonal demand for memory chips used in mobile and consumer electronics products.

The resurgence of the coronavirus with the arrival of the omicron variant in the fourth quarter seemed to have slowed down a decrease in demand for such IT products.

For 2021, the company achieved an all-time high revenue of 42.9 trillion won, up 34.8 percent from the previous year.

The previous sales record was 40.4 trillion won reported in 2018. 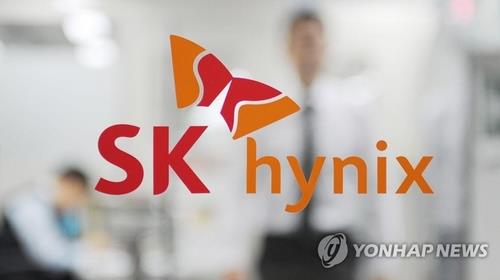 The company specializes in DRAM and NAND memory chips, which account for more than 90 percent of the chipmaker's revenue.

By sales, DRAM accounted for around 70 percent of the company's total revenue, while NAND accounted for 23 percent, according to industry tracker TrendForce. The average selling prices of DRAM could fall by 8-13 percent on-quarter due to a seasonal demand downturn in the first quarter.

"Whether this price drop will subside going forward will depend on how well suppliers manage their inventory pressure and how DRAM purchasers anticipate further price changes," it said.

Analysts here expect the company to continue its robust growth this year as enterprise IT investment will continue to remain robust and memory inventory by major server companies is expected to go down. DRAM prices are forecast to begin turning around in the third quarter.

The company said it will "continue its strategy of focusing on profitability while containing market volatility by managing its DRAM inventory flexibly," as supply chain issues are expected to ease from the second half and market demand for memory products will rise.

In a separate regulatory filing, the chipmaker said it will invest 2.39 trillion won in its chip factory in Wuxi, China, by 2025 to pump up DRAM production and capacity.

The company produces half of its DRAM annual production in Wuxi, which accounts for about 15 percent of the global supply.

And it expected NAND sales to double this year, with the launch of its U.S. subsidiary Solidigm following the completion of the first phase of Intel NAND and SSD business acquisition in December.

In the NAND flash market, SK hynix took up 13.5 percent after Samsung's 34.5 percent and Japanese chipmaker Kioxia's 19.3 percent, according to TrendForce.

Combined with Intel's NAND business, which has a 5.9 percent market share, SK hynix will likely rise to become the world's No. 2 player in the segment.

The company said it expected the merger to help double its market share in the long term.

"There are a few redundancies in our product portfolio, and we were able to thus minimize any losses in the course of the consolidation," Noh Jong-won, president and chief marketing officer, said during an earnings call.

"We are actually hoping that the we would be able to end up with a market share that is bigger than the simple sum," he said, in part by capitalizing on Intel's "deep understanding in computing architecture"

The company expects to see high teen growth for DRAM demand and around 30 percent growth for NAND this year. 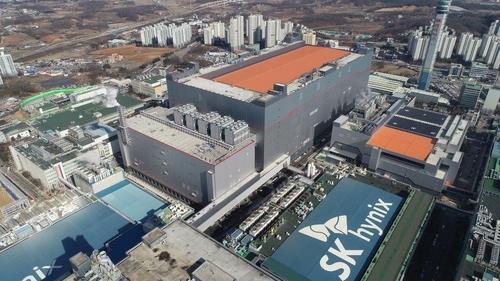