"I usually can't go to community libraries since I leave my work in the late evening," Lim said. "Besides, the smart library is always open even when other libraries have to close due to social distancing rules."

As contactless lifestyle and social distancing became a new normal since the outbreak of the coronavirus in 2020, smart libraries are expanding their presence with people like Lim also finding it comfortable using such an unmanned book-rental service.

"Smart libraries were originally built with the purpose of improving people's accessibility to books, so that is why you can often find them in places like subway stations," said Lee Song-ja, a team leader in the library policy division at the Gyeonggi Provincial Office.

"But it is true that the use of smart libraries is getting a boost from the contact-free trend," she said. 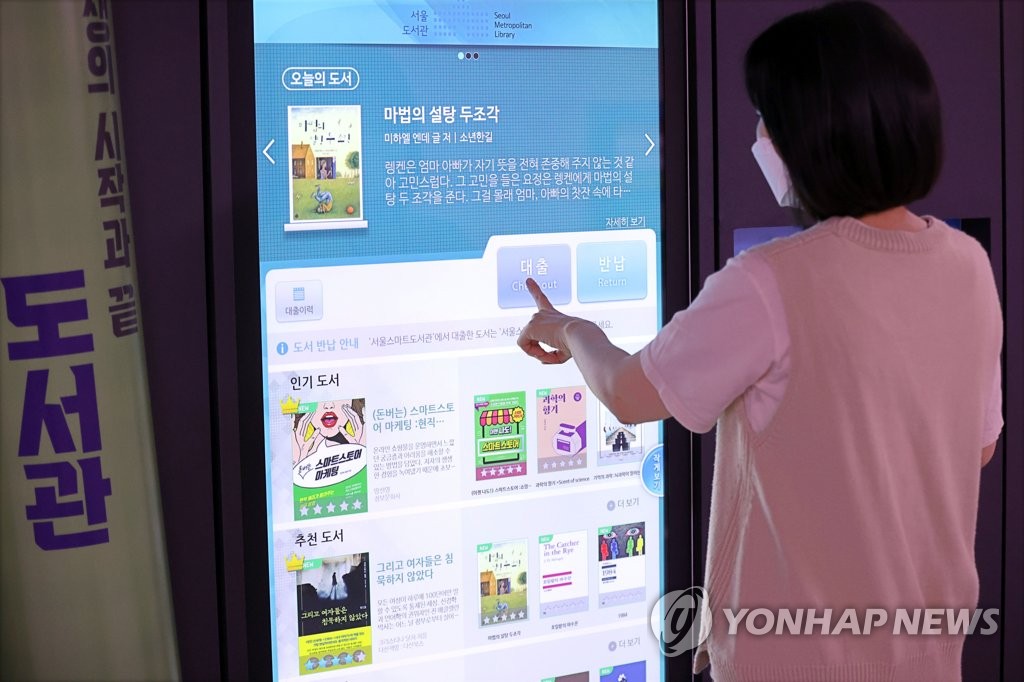 "The demand for smart libraries is increasing every year," said Kwon Tae-wook, a ministry official from the library policy planning division. "We believe these contact-free library services will increase even after the pandemic, so we plan to expand our support."

The ministry plans to support the installation of 38 smart libraries this year, up from last year's 32, increasing the total number of state-sponsored smart libraries to 132. The budget has also increased by 25 percent, according to Kwon.

Municipal governments are also ramping up their efforts to add more smart libraries in their regions as the COVID-19 pandemic prolongs. 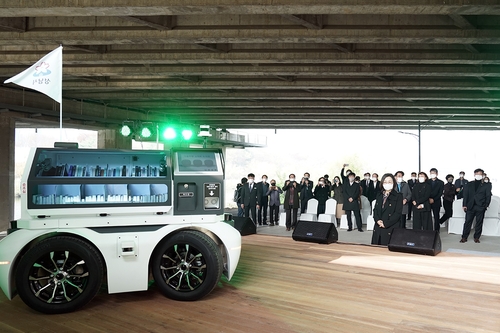 The city of Seongnam, just south of Seoul, is taking its smart library services to another level.

Starting in March, the city will operate a "moving library" by using an autonomous book-carrying vehicle, the first in the country to introduce such an unmanned service. It will carry about 100 books and move along paths by the Tan Stream.

"It is a good opportunity to promote autonomous vehicle technologies and provide people a comfortable library service at the same time," said Yoon Sung-ha, a Seongnam city official in charge of the project. "We do have a plan to expand the service."

Baek Won-keun, who heads the Book and Society Research Institute, said the rise of smart libraries, as well as other contact-free book rental services like postal loans or in-car deliveries, is a welcoming move, especially when the country is seeing a decline in the book reading culture. 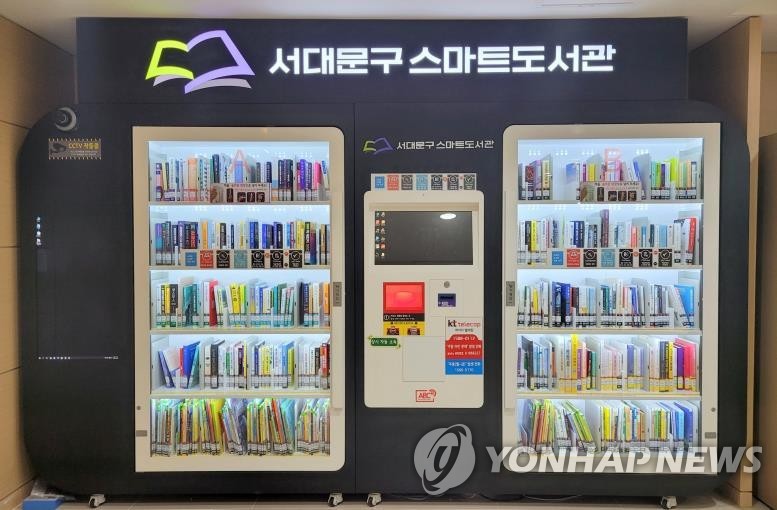 According to the latest culture ministry survey, the percentage of the adult population reading books dropped by 8.2 percentage points to 47.5 percent in 2020. South Korean adults read an annual average of 4.5 books in 2020, down three books from 2019.

"The responsibility and the role of libraries have become bigger these days," Baek said. "We need more efforts and wisdom to bring in average people and non-users of libraries to these reading facilities."

"In the past, people had to go to libraries to get books but now whether it is an in-person service or a contract-free service, libraries are trying to bring people to them," he said. "Librarians are still busy working despite a decline in in-person book services because they now deal with YouTube or other online programs to cope with the contactless trend." 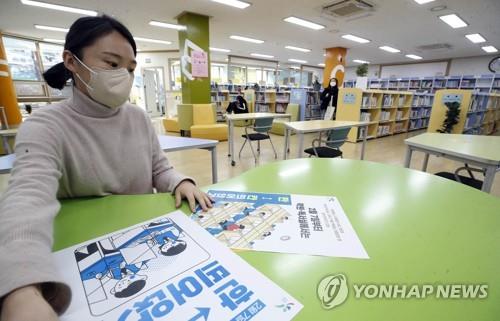 While contract-free services became popular, offline libraries have been suffering as the pandemic-induced distancing rules have kept people away from visiting them and disrupted their operations.

"Local libraries not only serve as a location for people to get books, but they also serve as a cultural community center for people with various activity programs," said Cho Yong-wan, a professor teaching library sciences at Daegu Catholic University. "Smart libraries cannot carry out that role."

Cho also pointed out that users of smart libraries have a limited choice of books compared with offline libraries. Though its size varies, smart libraries usually display only about 300-500 books.

"These days, librarians provide good content curation work, but you cannot fully enjoy that service when you go to smart libraries," he said. "Smart libraries are supplementary tools. They cannot be the main library service."