SEOUL, March 17 (Yonhap) -- The rising global popularity of Korean TV adaptations of web comics has brought in increasing demand for their originals across the world, data showed Thursday.

Starring Ahn Hyo-seop and Kim Se-jeong, the romantic comedy "Business Proposal," broadcast on SBS and available on Netflix, is currently one of the most talked about TV series at home and abroad. 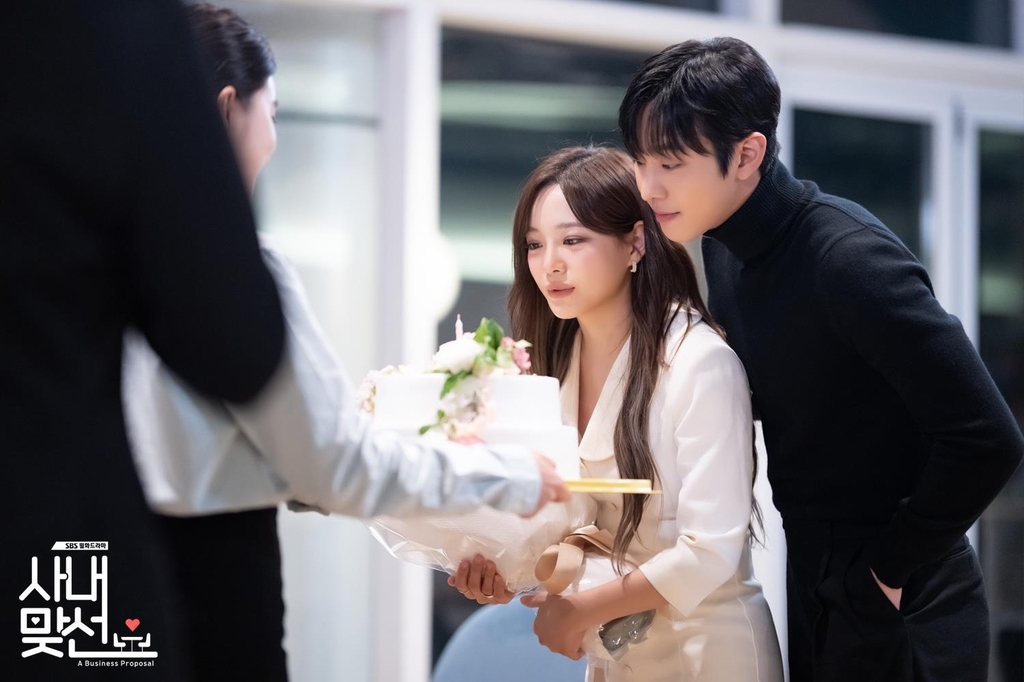 From a global point of view, it is also well accepted by audiences outside Korea, making its first top 10 appearance on the popular Netflix TV show chart compiled by Flixpatrol on March 4 and having placed seventh as of Wednesday.

It debuted at sixth on the streamer's official weekly viewership chart for the week of March 7-13.

At the same time, its origin, "The Office Blind Date," which is available both in web novel and web comic form, has gone viral and gained larger-than-expected popularity.

According to data by Kakao Entertainment, the original web novel and webtoon marked a total of 450 million views worldwide, including 160 million views tallied in South Korea, at the end of February, even before the TV premier.

In particular, "The Office Blind Date" webtoon reached No. 1 in sales on Kakao's Thailand online platform this week for two weeks in a row, as well as being No. 1 in sales in Taiwan and Indonesia.

The zombie apocalypse Netflix drama "All of Us Are Dead" saw the original webtoon, "Now at Our School," shoot up 80 fold in online views and 59 fold in sales last month, according to Naver Webtoon.

"All of Us Are Dead," which has gained huge popularity since its release on Jan. 28, became the third most watched non-English TV show among all Netflix originals with a total of 560.8 million hours of viewing.

The original webtoon of director Yeon Sang-ho's dystopian thriller "Hellbound" will be published in 11 countries, including the United States and Japan.

Munhak Dongne, the local publisher of the web comic "Hellbound," said earlier Dark Horse Comics, a U.S. comic book company, will be eligible for the publishing rights of the English edition of the Korean cartoon co-written by Yeon.

Dark Horse Comics has released a number of renowned comic books and graphic novels, including "Alien" and "Star Wars" under its own brand. 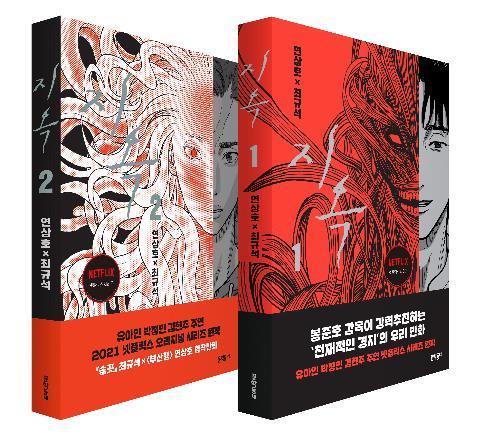