SEOUL, March 31 (Yonhap) -- After arriving in South Korea amid much fanfare, former National League All-Star Yasiel Puig hasn't lived up to hype as a potential game changer for the Kiwoom Heroes.

Instead of setting the Korea Baseball Organization (KBO) on fire right out of the gate, Puig batted just .182 (6-for-33) without a home run and just one extra-base hit in 14 exhibition games for the Seoul-based club.

If Puig was concerned about his slow start to the new chapter in his career, he wasn't showing it on Thursday during the KBO media day. Decked out in a sweatshirt with the team's slogan, "Be the Heroes," and wearing a hat with the Korean word for "Boss," Puig seemed perfectly at ease with where he stood, two days before the start of the regular season. 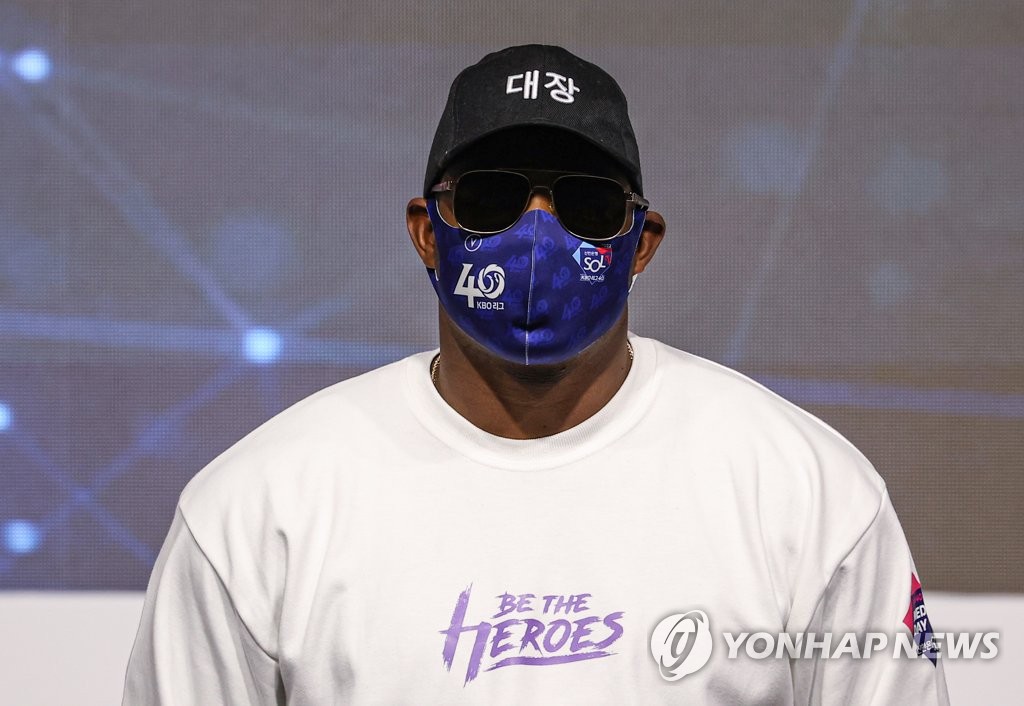 "I am not really worried about my preseason numbers," Puig said through an interpreter at a media scrum. "I was just in the process of finding my stroke. I am now trying to find causes for my slow start, so that I can help the team win."

Puig signed with the Heroes in December after hitting 132 home runs and driving in 415 runs over seven big league seasons, including six with the Los Angeles Dodgers. He was the runner-up in the National League Rookie of the Year voting in 2013 and was named to his first All-Star team the following year.

He said the level of competition in the KBO is "better than Triple-A, and quite close to the majors."

As for where he is physically, Puig joked, "I am feeling 300 percent healthy." 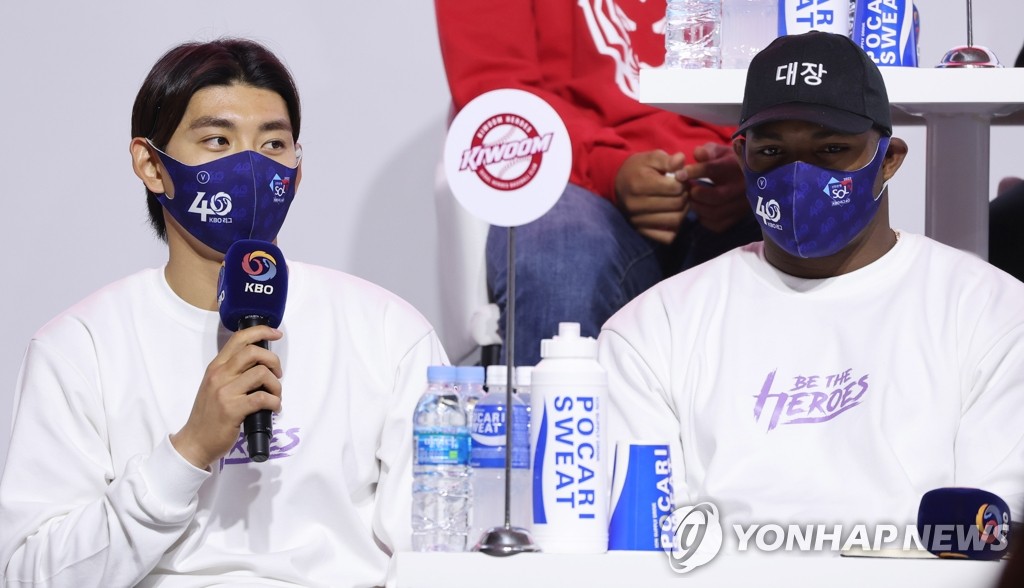 "He likes to joke around and have fun with the guys, but when it comes to preparing for games, he is dead serious," Lee said. "I can tell he really wants to play well in the KBO so that he could be back playing in the big leagues."

With Lee, the reigning batting champion, and Puig in the heart of the lineup, the Heroes will try to win their first-ever Korean Series.

And if that happens, Puig has some grand plans for celebration.

"Puig said he's going to invite the team and some fans to his home in Miami," Lee said with a smile.

When told of Lee's comment by his interpreter, Puig chimed in, "Let's go to Miami."