SEOUL, April 11 (Yonhap) -- South Korea's new COVID-19 cases fell below 100,000 for the first time in seven weeks on Monday, as the omicron wave is slowing after reaching its peak in mid-March.

The daily counts tend to fall on Mondays due to fewer tests on the weekend before rising toward the end of the week.

The number of critically ill patients came to 1,099, down 15 from Sunday. 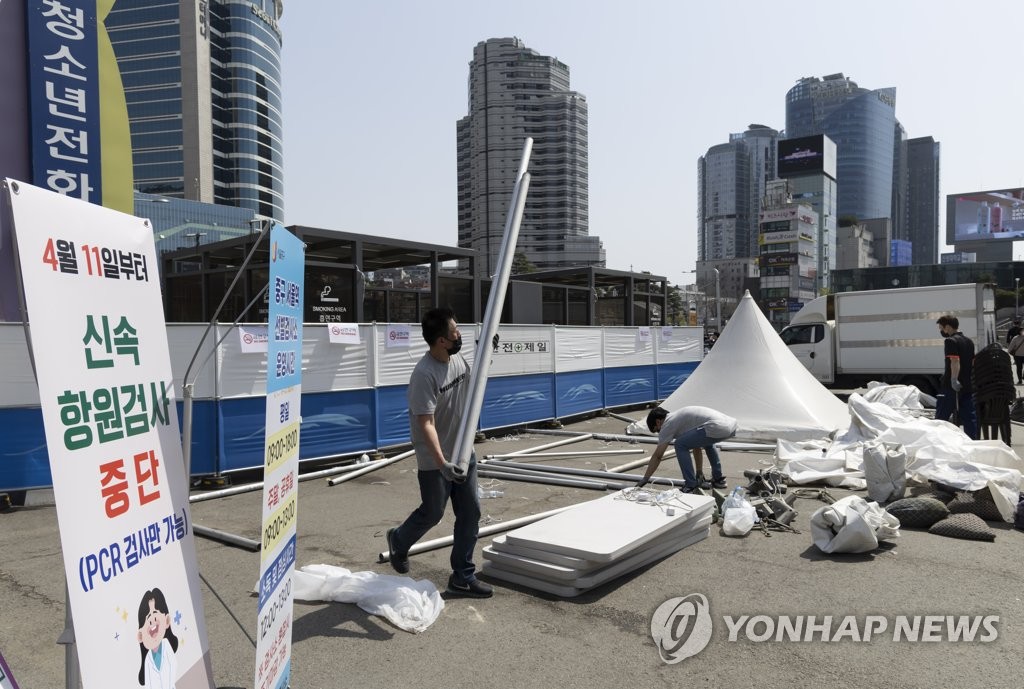 Health authorities are expected to announce later this week a new "post-omicron scheme" aimed at further lifting social distancing and normalizing the medical system to that of pre-pandemic days.

People are likely to be allowed to go mask-free outside.

The government is also expected to downgrade the COVID-19 classification in a step toward handling the virus as an endemic disease.

Other potential COVID-19 patients need to visit a private clinic or hospital for the test and will be charged around 5,000 won (US$4.07).

Also beginning Monday, long-term stay foreigners with a record of COVID-19 infection in South Korea will not be required to hand in a negative PCR result when they return to Seoul from another country.

As of midnight Sunday, 44.51 million people, or 86.7 percent of the population, had been fully vaccinated, while 32.92 million people, representing 64.2 percent, had received booster shots, according to the KDCA.