SEOUL, April 15 (Yonhap) -- President-elect Yoon Suk-yeol visited the headquarters of South Korea's largest umbrella labor organization Friday and pledged to make a society where the value of labor can be respected and workers feel pride.

"In this era, a country, a society, or a company that does not acknowledge and properly evaluate the value of labor finds it difficult to achieve sustainable development," Yoon said during a meeting with leaders of the Federation of Korean Trade Unions (FKTU).

Yoon's visit to the FKTU marked his first visit to a labor group since his election last month.

Yoon previously met with the FKTU in December during campaigning. He then expressed his support for union representation in public institutions' boards and the adoption of a "time-off" system for public workers that allows the payment of full-time union officers.

"I have always said I will be a friend of the FKTU, and I will remain an unchanging friend," Yoon said. "For the better society and righteous transition pursued by the FKTU, I will consistently communicate and build up a friendship."

In response, FKTU Chairman Kim Dong-myung said the labor group will actively come to the dialogue table to discuss every labor issue with the incoming government.

Though Yoon is recognized as business-friendly, he has been keeping a good relationship with the FKTU compared with the Korean Confederation of Trade Unions (KCTU), the more militant of South Korea's two major umbrella unions. 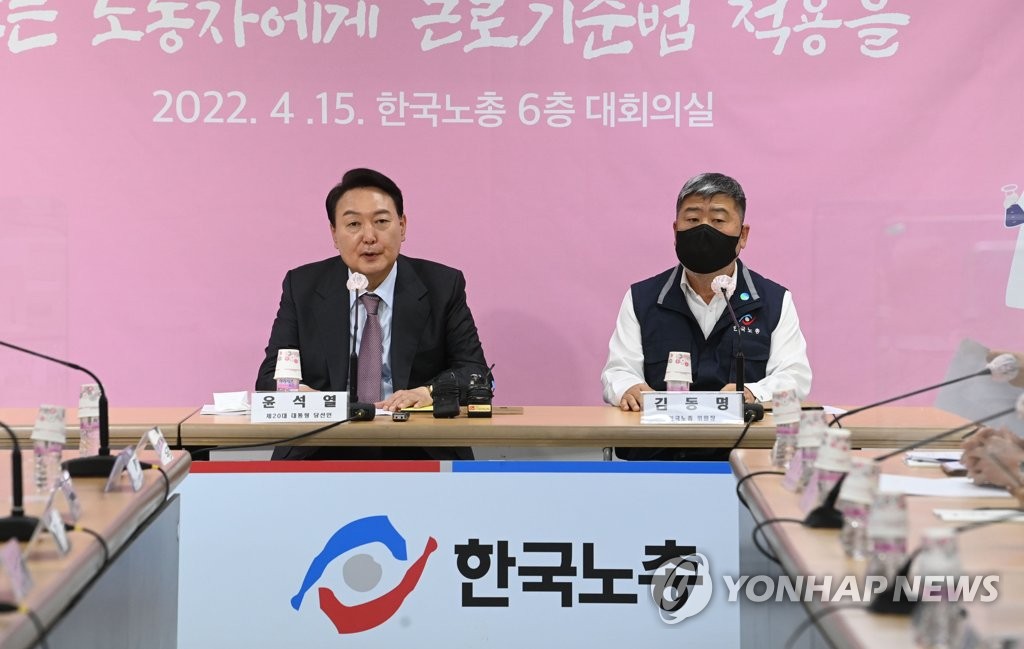