South Korea had asked the North twice earlier this month via the inter-Korean liaison hotline to confirm the status of the facilities, including the Haegumgang Hotel and the Ananti Golf and Spa Resort, amid signs of their removal.

"There has yet to be a specific response from the North on the matter," the official at Seoul's unification ministry handling inter-Korean affairs told reporters on background.

"(We) are aware that the dismantlement work of the Hageumgang Hotel and the golf resort at the Mount Kumgang region is ongoing," the official added, speaking on the customary condition of anonymity.

The Voice of America, a Washington-based news outlet, earlier reported that the North appears to have demolished the roofs and outer walls of eight buildings of the golf resort, citing satellite imagery taken Sunday by Planet Labs.

It added that the seven-story Haegumgang Hotel seems to have been torn down to one to three floors.

Pyongyang earlier announced it would remove the facilities at Mount Kumgang after its leader Kim Jong-un ordered authorities in 2019 to tear down all "unpleasant-looking" facilities at the resort, once a symbol of inter-Korean cooperation. The tour program to Mount Kumgang was launched in 1998 but came to a halt in 2008, when a South Korean tourist was fatally shot there by a North Korean soldier. 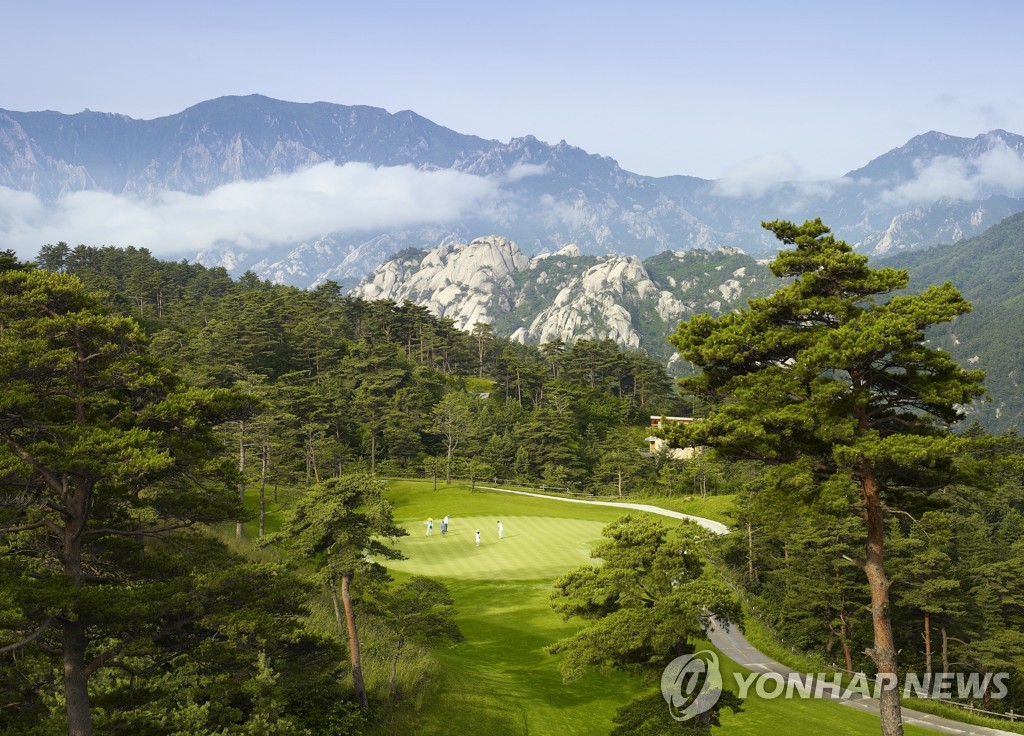