Finance Minister Hong Nam-ki made the remarks during a Group of 20 (G-20) meeting of finance ministers and central bank governors in Washington, D.C., on Wednesday (local time).

The global economy is expected to slow down this year as the Ukraine crisis has placed upward pressure on inflation amid soaring fuel prices and put strain on global supply chains. 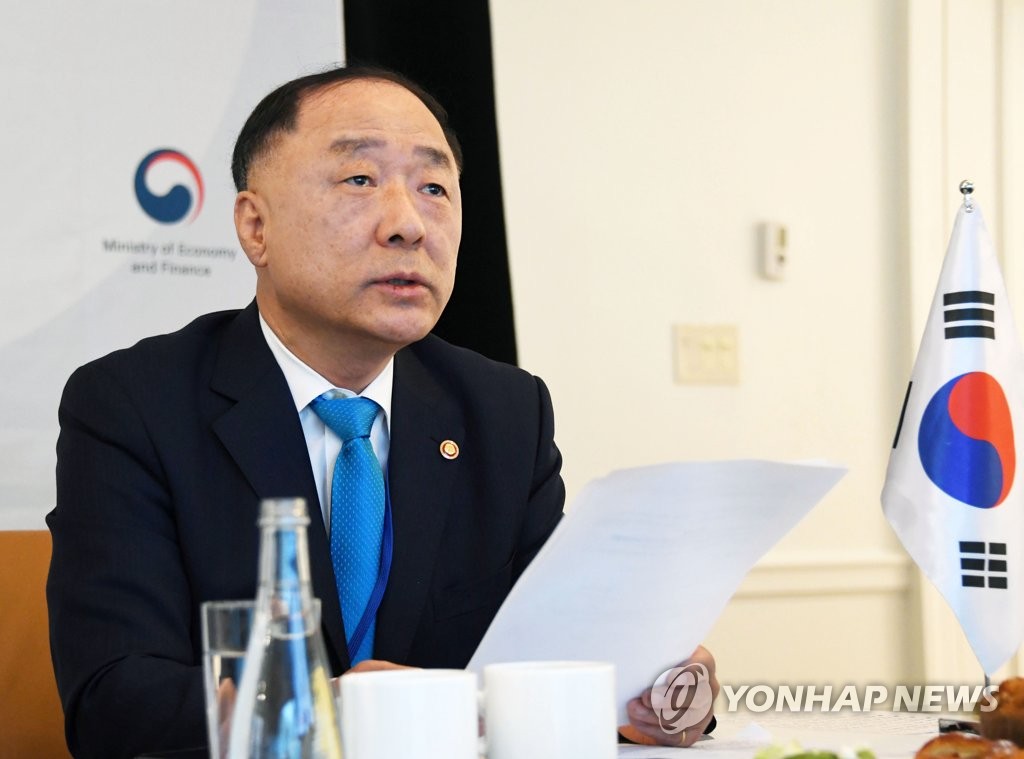 At the G-20 meeting, Hong called for global policy response to economic spillovers from the conflict, according to the ministry.

He also said each country needs to adjust the scope and the pace of monetary policy normalization, depending on economic conditions.

On the sidelines of the G-20 gathering, Hong held talks with U.S. Treasury Secretary Janet Yellen on Wednesday and said South Korea is "positively" considering joining a new U.S.-proposed economic framework in the Indo-Pacific region.

The U.S. is seeking to launch the Indo-Pacific Economic Framework (IPEF) to seek deeper cooperation with partner nations on a wide range of economic and trade issues, including digital trade and supply chains. The move is widely seen as aimed at countering China amid an intensifying Sino-U.S. rivalry.

Hong also met Nadia Calvino, chair of the International Monetary and Financial Committee, an advisory body of the IMF's board of governors.

He called for the need to strengthen policy coordination to minimize the fallout of the Ukraine war, his ministry said. 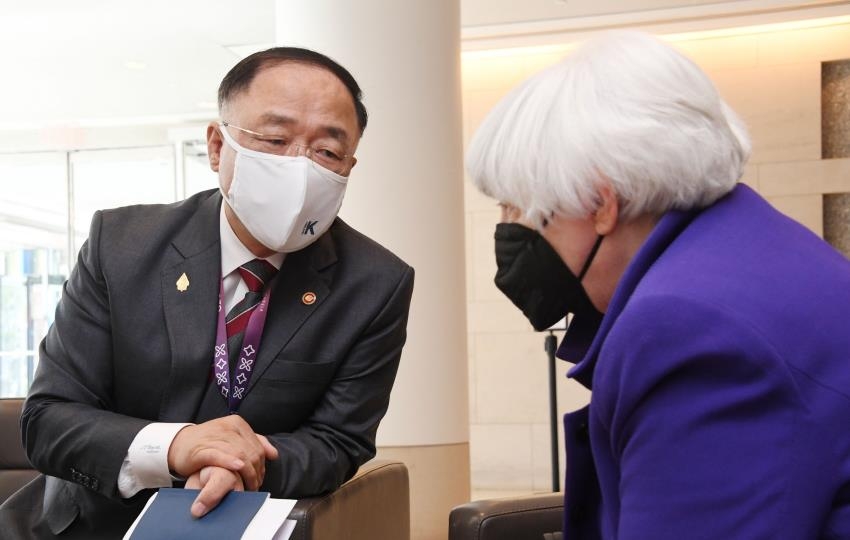