SEOUL, May 6 (Yonhap) -- South Korea's new COVID-19 cases fell to the 20,000 level Friday from above 40,000 the previous day amid eased antivirus restrictions designed to return the nation to normalcy.

The country added 26,714 new COVID-19 infections, including 28 cases from overseas, bringing the total caseload to 17,464,782, according to the Korea Disease Control and Prevention Agency (KDCA).

Friday's tally is a marked decrease from 42,296 reported the previous day and a sharp down from 50,556 reported a week earlier.

Daily infections have been on the downward trend in recent weeks after soaring to over 620,000 in mid-March due to the fast spread of the highly transmissible omicron variant. The figure fell to nearly a three-month low of 20,076 on Monday.

Some 21.5 percent of hospital beds reserved for seriously ill COVID-19 patients were occupied Friday, and the number of at-home treatment patients also fell about 2,300 to 249,664, the KDCA said.

The number of critically ill patients came to 423, down from 441 a day earlier.

As of 9 p.m. Friday, the country had reported 38,333 new cases, up 11,921 from the same time the previous day, according to health authorities. Daily virus cases are counted until midnight and announced the following morning. 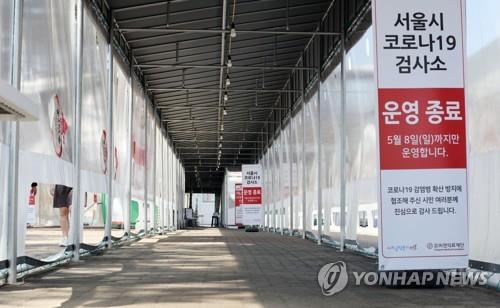 As of Friday, 44.55 million people, or 86.8 percent of the population, had been vaccinated with the first two shots, and 33.16 million people had received the first booster shots, representing 64.6 percent.

The number of those that got second booster shots came to 2.6 million, which accounted for 5.1 percent of the country's total population, the KDCA said.

In line with the recent gradual decrease, the government has removed almost all strict antivirus rules to support the people's return to normalcy.

Effective Monday, the government lifted the outdoor mask mandate after more than 18 months of enforcement, except for large gatherings of 50 or more.

But mask wearing is still recommended when it is difficult for people to keep a 1-meter distance from each other at gatherings and in circumstances where lots of droplets of saliva could be expelled, such as shouting and singing.

The government has also made it clear that indoor mask wearing needs to be in place for some time.

The health authorities said the downturn in infections is expected to continue at least for a month to come, but they remained vigilant over the possible uptick as it confirmed the country's first case of the even more contagious omicron subvariant dubbed BA.2.12.1.

The new sub-lineage of the omicron variant has caused a recent surge in infections in New York and elsewhere.

"The crisis is yet to be over. Many experts have repeatedly warned of chances of another wave due to the emergence of new variants and seasonal factors. We should bear in mind such warnings," Prime Minister Kim Boo-kyum said.

Citing chances of virus resurgence in the second half of this year, the government said it will push to devise "fast track" measures to swiftly provide treatment to virus-vulnerable groups.

It also plans to adjust the hospital beds management system with a greater focus on dealing with critical cases, while reducing the number of total hospital beds reserved for COVID-19 patients in line with the recent growth in patients with mild symptoms.

The number of hospital beds for COVID-19 patients came to more than 33,000 in March, but the figure has fallen to 17,749, and about 15.7 percent of them are now occupied, according to the KDCA.

Previously, the authorities only recognized polymerase chain reaction (PCR) test results at designated testing stations as official records. But they introduced the new scheme in mid-March and extended it by one month to make it effective until May 13. 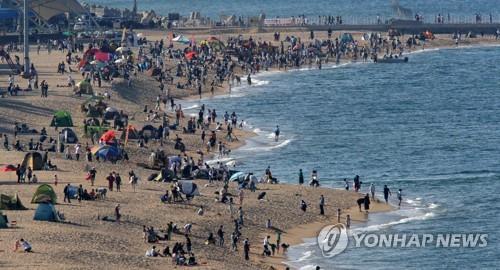