The song, which was released April 29, debuted at No. 61 on the Official Singles Chart Top 100 dated May 6-12, the Official Charts website said Friday (British time).

It became the third single from the South Korean singer-rapper to be on the chart following "Gangnam Style" and "Gentleman."

He topped the chart in 2012 for the global sensation "Gangnam Style" and reached No. 10 with "Gentleman" the following year. 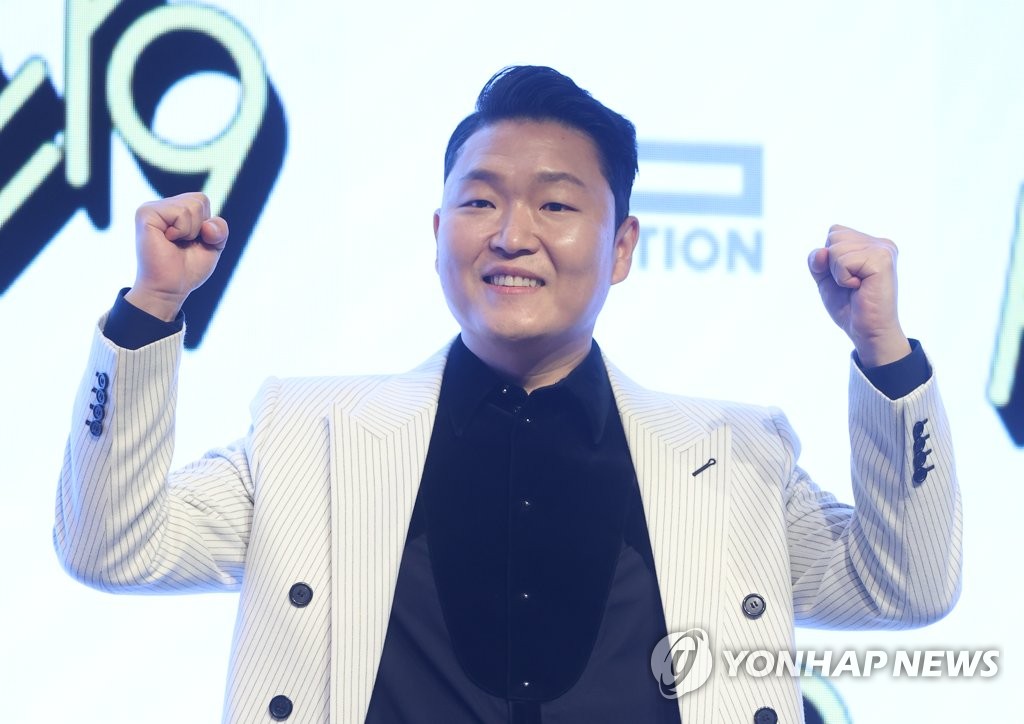 "That That" is the main track from Psy's ninth full-length album titled "Psy 9th," his first release in five years. Suga, rapper of K-pop giant BTS, took part in the song as a co-producer and a featured artist.

As of 1 p.m., the body-twisting Latin-infused song sat atop the real-time charts of Genie, Flo and Bugs and was at No. 2 on Melon, the country's biggest music streaming service, and Vibe after BIGBANG's "Still Life."

The music video for "That That" topped 100 million streams on YouTube a week after it was uploaded.

The weekly singles charts are compiled by the Official Charts Company, based on official sales of downloads, CDs, vinyl records, audio streams and video streams.

The company's charts are considered the most authoritative charts in the global music industry, along with those of U.S. Billboard.