SEOUL, May 9 (Yonhap) -- Netflix's new South Korean original "The Sound of Magic" has landed at No. 4 on a global popularity chart for TV series available on the streaming service.

According to data released by streaming analytics company FlixPatrol on Sunday (U.S. time), the drama starring Ji Chang-wook placed fourth on its daily global chart for TV programs on Netflix, two days after its release. The ranking was up three notches from seventh place on Saturday.

By country, it was the most popular TV show in 13 countries, including Bangladesh, Indonesia, Jordan, Kuwait, Malaysia, Qatar, Saudi Arabia and the United Arab Emirates. 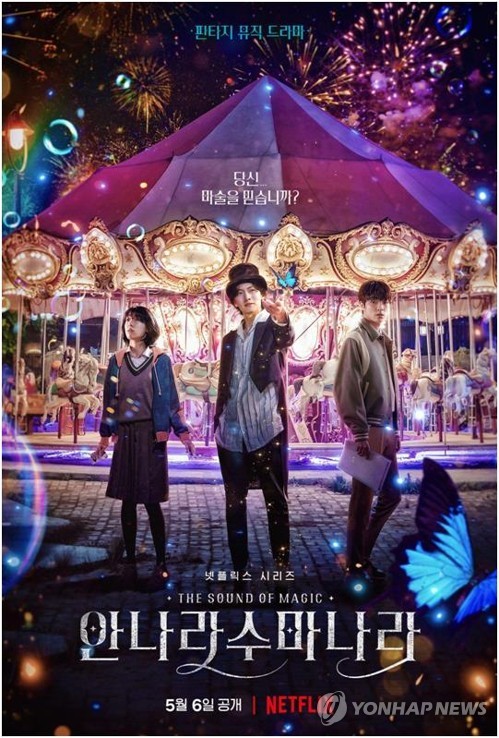 It ranked second in Japan, Bahrain, Egypt, India, Morocco and Thailand and third in Nigeria, Singapore and Vietnam.

The new show placed seventh in South Korea but failed to rank in the top 10 in the United States and European countries.

Based on a 2010 Korean webtoon, the six-part series tells a story about mysterious magician Lee Eul (Ji Chang-wook) who helps a teenage high school student, named Ah-yi (Choi Sung-eun), find her own dreams with his magic.

Besides it, two more Korean dramas were on the top 10 TV show list. The romantic comedies "Business Proposal," starring Ahn Hyo-seop and Kim Se-jeong, and "Twenty Five Twenty One," starring Kim Tae-ri and Nam Joo-hyuk, ranked at No. 7 and No. 10, respectively. 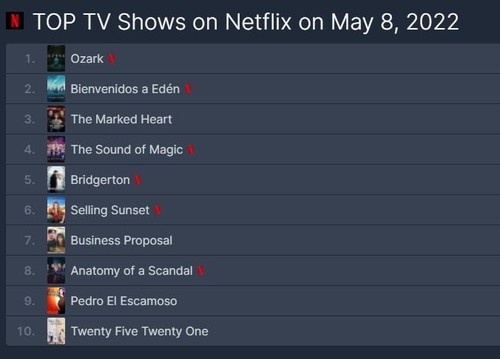