SEOUL, May 9 (Yonhap) -- Outgoing President Moon Jae-in appealed for the resumption of inter-Korean dialogue Monday as he delivered a farewell address on his last day in office amid heightened tensions over North Korea's repeated tests of weapons.

"Peace is a condition of survival for us, a condition of prosperity," Moon said. "I sincerely hope that efforts for denuclearization and institutionalization of peace will continue with the resumption of dialogue between the South and the North."

Taking a look back on his five years as president, Moon touted his role for converting the 2017 crisis, when North Korea conducted a nuclear test and fired ICBMs, into dialogue and diplomacy.

Since the second summit between Kim and Trump ended without a deal, however, North Korea has shunned talks on its nuclear weapons program. So far this year, North Korea has carried out 15 rounds of weapons testing, including the launch of an intercontinental ballistic missile.

Concerns have persisted that North Korea could continue to carry out more provocations, such as another ICBM launch or even a nuclear test. 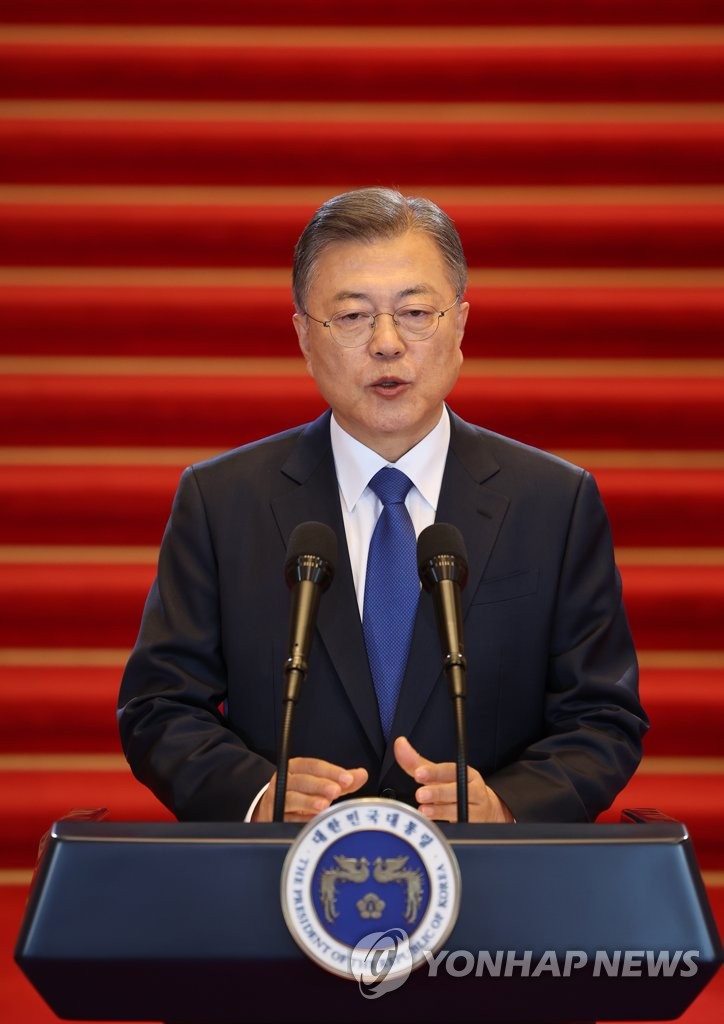 As for the new government of incoming President Yoon Suk-yeol, Moon said he hopes the Yoon government will "continue the successful history of the Republic of Korea by inheriting and developing accumulated achievements of previous governments."

"I put down a heavy burden as president," Moon said. "Now, I go back to the life of an ordinary citizen and pray for the happiness of all people."

With regard to the political divide and national divisions shown in the March presidential election, Moon called for unity to address challenges facing South Korea.

"It is more important than anything else to unite the hearts of the people," Moon said.

During the 10-minute speech, Moon listed some of the achievements of his government, including anti-epidemic measures that have brought the COVID-19 under control, an economic recovery from the pandemic and an initiative on carbon neutrality.

Moon thanked people for helping his government make such achievements and he remained proud of working with people during his term.

Later in the day, Moon is scheduled to hold meetings with Singaporean President Halimah Yacob and Chinese Vice President Wang Qishan, who are visiting Seoul to attend the inauguration ceremony of Yoon on Tuesday.