SEOUL, May 10 (Yonhap) -- Samsung Electronics Co. has introduced a new human resources policy allowing highly-skilled senior employees to continue working after retirement to capitalize on their experience and expertise.

The world's largest memory chip and mobile phone maker made an internal announcement Tuesday that it will receive applications for the so-called senior track program this month from employees who are scheduled to retire by February.

The final beneficiaries will be chosen based on their competency, skills and expertise in their field, the company said.

Samsung also revised its reward system to pay more incentives to employees who have reached the pay ceiling for their position, to boost their morale and motivation.

In addition, a performance review will be conducted at least once per quarter to ensure fair evaluation, as opposed to the current annual one.

The move came five months after Samsung announced that it overhauled its employee evaluation and position system to spot and nurture talent, improve productivity and create a more flexible corporate culture.

In November, it abolished its decades-old seniority-based top-down approach and scrapped mandatory years of working at certain positions, a precondition for promotion.

Also certain ranks were incorporated to make the company structure simpler and more nimble, and speed up communication among workers.

The move is part of the tech giant's efforts to recruit talent regardless of age and grow them into key human resources that can lead the company's future business, amid intensified global competition, the company said. 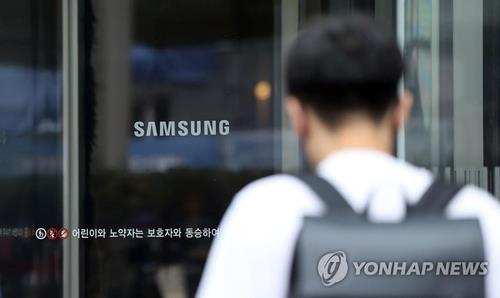