Kim was named director of the National Intelligence Service (NIS), while Kwon Chun-taek, a former NIS official and diplomat, was chosen for first deputy director.

Kim entered the foreign service in 1980 and worked in various posts dealing with the United States before being appointed first vice foreign minister under then-President Park Geun-hye. 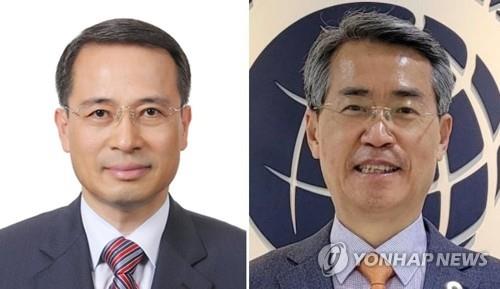 Kim is one of only two career diplomats to have been chosen for NIS director, with past spy chiefs having come from a military or legal background or from within the intelligence agency.

He was previously investigated by prosecutors for allegedly doctoring documents on Cheong Wa Dae's response to a deadly ferry sinking in 2014 but was not punished.

The position of first deputy director is responsible for collecting intelligence from overseas and North Korea.

Yoon is expected to designate the second and third deputy directors soon.