SEOUL, May 12 (Yonhap) -- With each passing start in his first season in South Korea, Doosan Bears right-hander Robert Stock has been answering all the questions about his durability.

Stock's early season success may have surprised some but not the man himself.

The Bears signed Stock in January with the intention of using him as a front-end starting pitcher, despite the fact that Stock had limited experience in that role in the United States. In Triple-A, only nine of his 62 career outings had come in starts. Stock had 55 big league games under his belt, but only three of them had been starts. 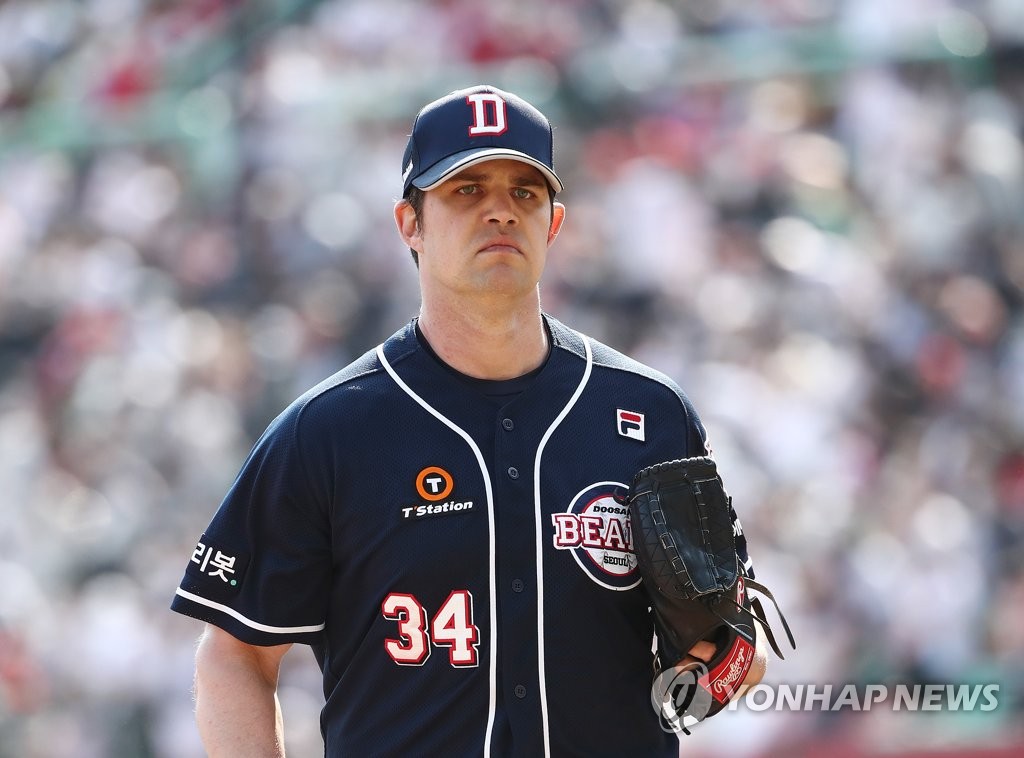 And yet, Stock has so far exceeded all the preseason expectations. He is a perfect 4-0 with a 1.66 ERA and has struck out 40 batters in 43 1/3 innings. He is among the leaders in the Korea Baseball Organization (KBO) in wins, ERA, innings pitched and strikeouts. The Bears have won all seven of Stock's starts.

The fireballer has yet to surrender a home run, a foundation of a .247 on-base percentage by opponents, the second-lowest mark in the KBO. Stock also ranks second in the league with an average fastball velocity of 152.2 kilometers per hour (kph). During a start against the NC Dinos on April 26, Stock touched 158.1 kph, the fastest pitch so far this season.

Stock has also been able to maintain his velocity in late innings. He has routinely gone over 150 kph when his pitch count had gone past the century mark.

"Just my strength training and improving my mechanics and being efficient," Stock told Yonhap News Agency on Tuesday, when asked how he's been able to find success early in his first season in the new league. The Bears faced the Kiwoom Heroes at Gocheok Sky Dome in Seoul later in the evening.

"It's something that might surprise other people, but it doesn't surprise me," Stock added. "I totally understand (questions regarding his ability to start). It's because I haven't showed people that in the past, but it's something that I feel confident that I can do." 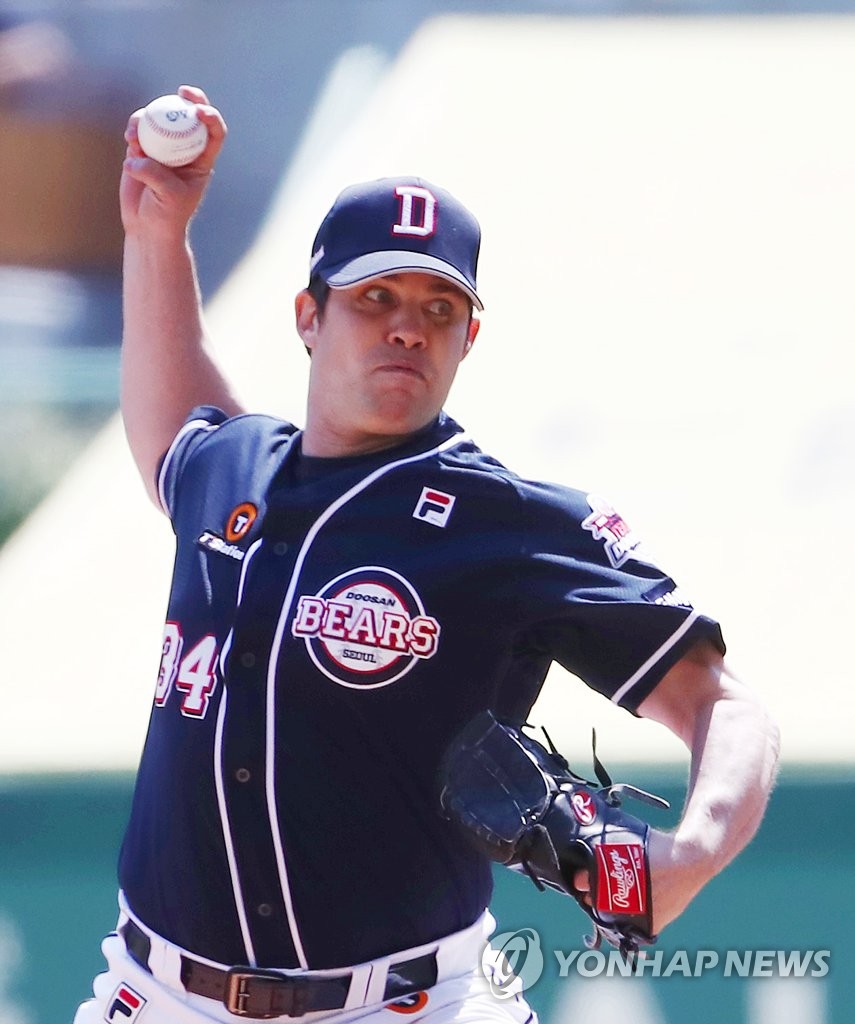 Given Stock's strong numbers early on, it may seem like the transition has been all smooth sailing. But Stock said he has had some trouble with pesky hitters when he had two strikes on them.

This explains Stock's relatively low strikeout rate despite his velocity. He is 12th in the KBO with 8.31 strikeouts per nine innings. The league leader in that category is An Woo-jin of the Kiwoom Heroes with 11.3. An is also the only qualified starter who throws harder than Stock, with an average fastball velocity of 153.1 kph.

Stock said he also wants to keep his pitch count lower so that he could pitch deeper into games. Stock has been averaging 16.5 pitches per inning, slightly above the KBO average of 15.7. Per plate appearance, Stock is throwing 4.07 pitches, compared to the league average of 3.82. 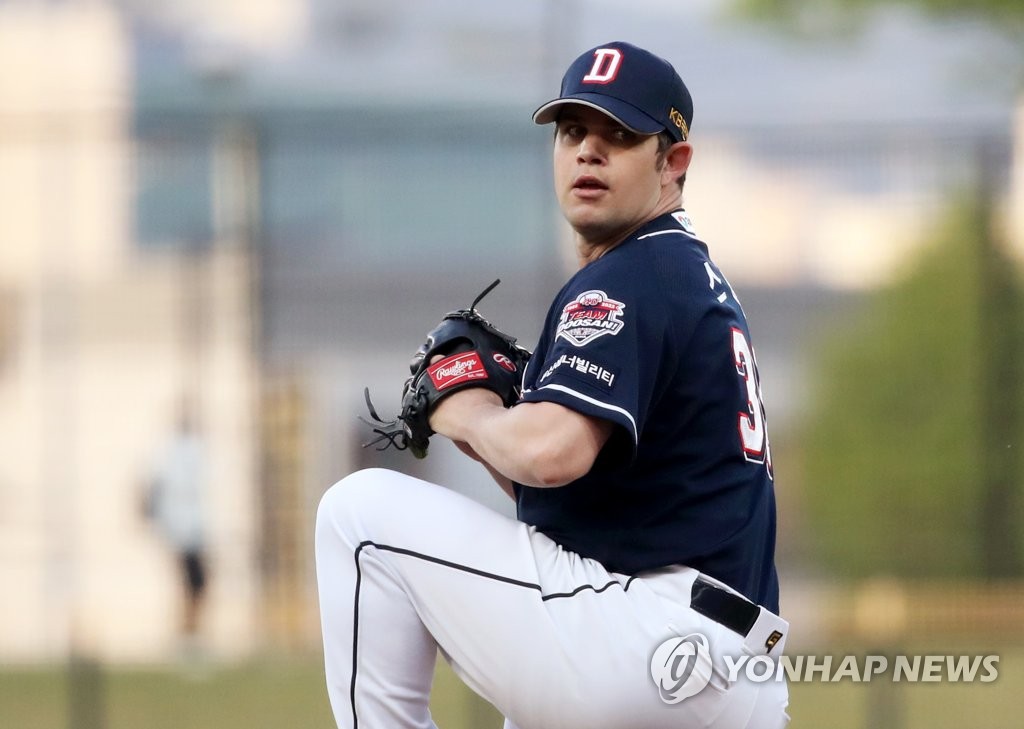 "That's the biggest thing I'm working on. A couple of games, I haven't gotten very far into the game, because my pitch count was high, not because they were scoring a million runs," Stock said. "(Opposing hitters) just had 10-pitch at-bats or something like that."

For the most part, Stock settled down in the new country quickly. He said he and his wife, Sara, who is expecting the couple's first child in September, are enjoying their time in South Korea. But Stock said he is not about to let his guard down on the mound just because he has found his comfort zone.

"I feel very comfortable. But it certainly doesn't mean that I'm going out there pitching with a level of ease, because they're very good professional hitters," Stock said. "And I expect very high results for myself. So I'm working very hard to have a successful season with Doosan." 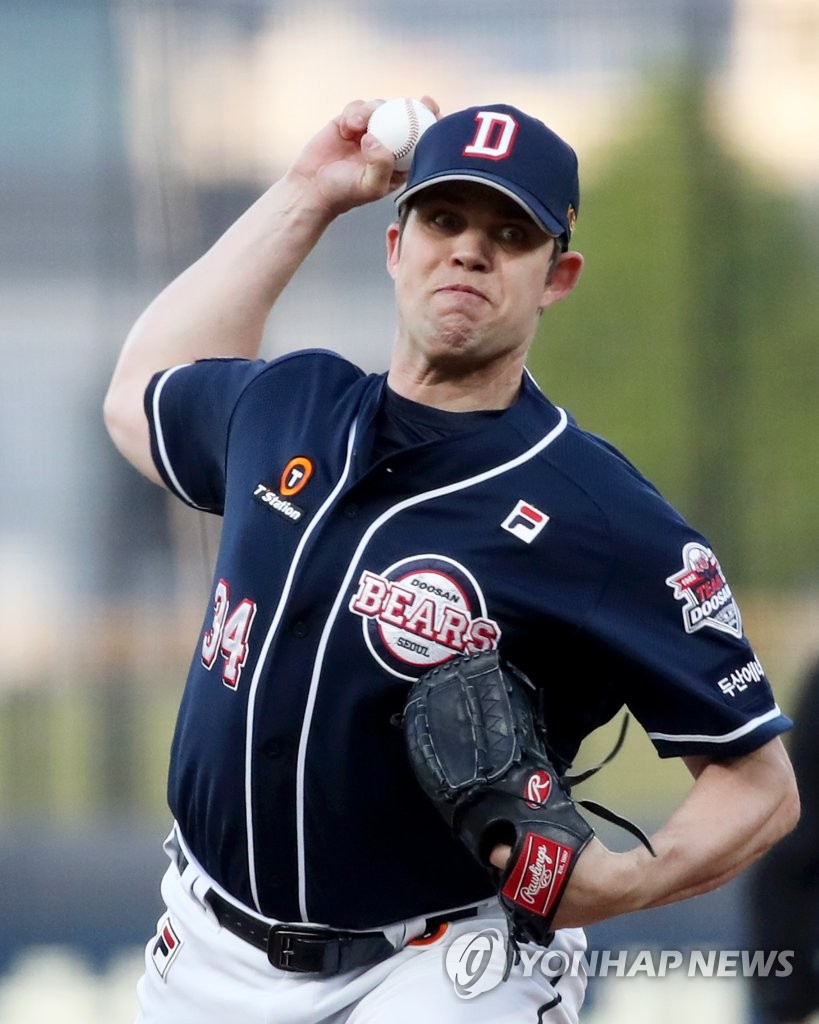