SEOUL, May 12 (Yonhap) -- South Korean girl group (G)I-dle will hold a world concert tour for the first time since its debut four years ago, its agency said Thursday.

The tour will kick off in Seoul on June 18 and 19, and make stops in 15 major cities in the United States, Chile, Mexico, Indonesia, the Philippines, Japan and Singapore until Oct. 1, Cube Entertainment said. 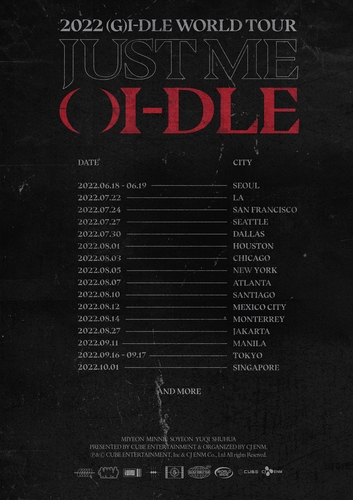